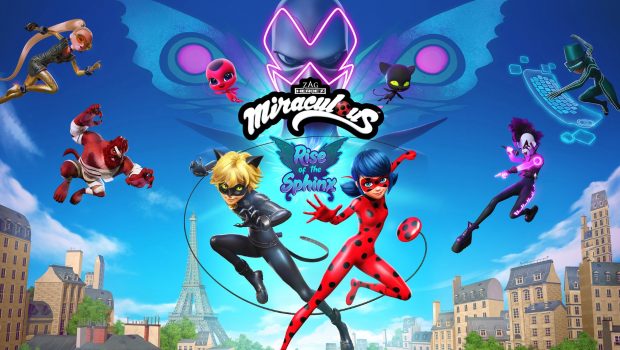 Paris needs a hero… or two! Miraculous: Rise of the Sphinx, the new video game inspired by the beloved animated television series ZAG HEROEZ Miraculous™ – Tales of Ladybug and Cat Noir, is out now on PlayStation®5, PlayStation®4, Xbox Series X|S, Xbox One, Nintendo Switch and PC. Embark on a journey with the courageous teen superheroes Ladybug and Cat Noir and save the city in this action-adventure experience featuring single-player and local co-op.

Hawk Moth and his devious cronies have hatched a plan to unleash a giant sentimonster on Paris, and only the city’s mightiest superhero duo can squash it before it’s too late. Dive into the magical world of Miraculous and face off against infamous, and some never-before-seen foes from the series. Power up your heroes, master their abilities, and put an end to Hawk Moth’s devious scheme!