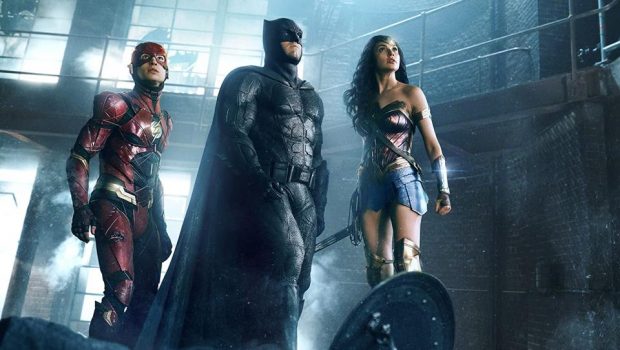 Zack Snyder’s Justice League is an anomaly that only a fine mix of fandom pressure and a pandemic could create. After Snyder left the original shoot of Justice League in 2017, Joss Whedon not only took over production but also completely changed the film. Comic book film junkies were left unimpressed and denounced the final product. Consequently, the movie flopped at the box office. Fans of Snyder’s DC Universe did not give up hope and demanded the ‘Snyder Cut’ be released. Whether it existed or not was a mystery at the time. Initially, a different cut of the film seemed like a myth created in the minds of nerds across the globe.

It was not until Aquaman himself, actor Jason Momoa, turned those whispers into a full-blown ‘hell yeah brother!’ and confirmed that there was a different version of the film ready to be released. The news was fully confirmed when Zack Snyder announced he would reunite the original cast and stitch together the final version we were hoping to see. It was a massive mic drop moment and that is exactly what this movie is, a triumphant bow for Snyder to show what his original ideas were.

From minute one of Zack Snyder’s Justice League, it is obvious Snyder has avoided the pitfalls of his predecessor. One of the benefits of having a second chance (sorry Joss, you tried your best) is listening to the fans and knowing which creative paths to take. The movie opens with the death of Superman (Henry Cavill) from Batman v Superman: Dawn of Justice (2016), where his final breath is heard and felt across the universe.

This opens planet Earth up for the baddies of the galaxies to retrieve the ‘Mother Boxes’, three large cubes that once put together gives an individual infinite power. Now before you say this sounds like the Infinity Stones plot of the last two Avengers movies, DC Comics apparently had this idea first before Marvel decades ago. With Superman indisposed it is up to both the good and bad guys on what to do next.

Picture this: Batman, a.k.a. Bruce Wayne a.k.a. Ben Affleck a.k.a. Batfleck, is riding stoically on horseback over snow-capped mountains and sporting some very fashionable goggles. The movie wastes no time (at first at least, this one goes for a solid four-hours) as Wayne approaches Aquaman (Momoa) to join his new team of superheroes. Scenes like this look and feel like Whedon’s version but the presence of Snyder’s imprint always makes it obvious this is all new footage. There are plenty of Snyder’s traits throughout the movie with scenes in slow motion being a major visual reoccurrence. However, this is also underlines the film’s downside.

Watching Louis Lane (Amy Adams) place a coffee down at the police barrier and walk over to Superman’s mural in slow-motion is a little tedious but it does look good. If you are watching this movie then you are probably already familiar with Snyder’s stylisations and will remain undeterred. 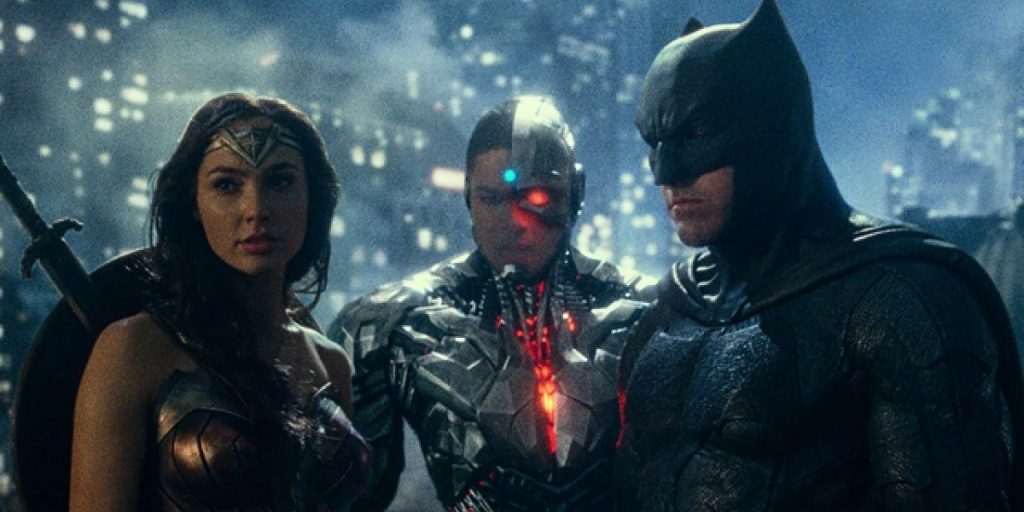 The slow pace is welcome change compared to having six major character’s stories crammed into a two-hour narrative. For example, Ray Fisher’s Cyborg receives more screen time and backstory in the first quarter of the movie than he did throughout the original Justice League. Fisher has even made headlines by denouncing Joss Weldon’s approach to making his version though no specifics have been given. Gal Gadot’s Wonder Woman develops into a well-rounded, non-objectified character in Snyder’s capable hands.

Consider the scene in the original where The Flash (Ezra Miller) falls on Wonder Woman’s chest. It was so shameful Gadot took the higher road and made Whedon use a body double for that embarrassing scene. Moving on! Cyborg’s history this time around is much more insightful. His relationship with his scientist father (Joe Morton) is put on full display and Wonder Woman is not just there to mother this half-robot character.

The Flash/Barry Allen is another character who is treated better with no talk of brunch and a better explanation of his actions. Miller definitely noted Tom Holland’s Spiderman ‘How-To’ booklet because he is quipping all over the shop. ‘Aliens, bad guys, sword lady’, he says to psyche himself up before a battle with Steppenwolf (voiced by Ciarán Hinds). Even the villains have been improved. Steppenwolf’s image and motivations are changed for the better instead of the vague world-domination plans. 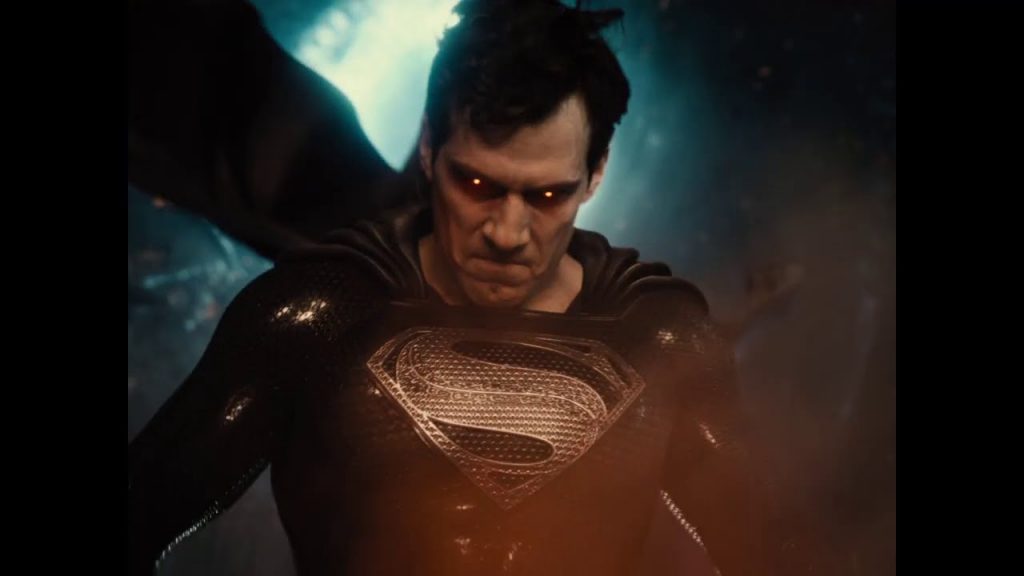 Steppenwolf is attempting to obtain all three Mother Boxes back to curry favour with his former leader Darkseid (voiced by Ray Porter). Both villains have incredible designs, especially Darkseid who looks nothing but menacing. Meanwhile, Steppenwolf is allowed to be emotional and vulnerable instead of just a plain evil villain who kills for the sake of it.

Explaining any further will take us into dangerous spoiler territory so we will leave that there. What should be discussed in further detail is Jeremy Iron’s fantastic turn playing a sassy Alfred, Batman’s butler who is the man behind the computer. ‘Everybody, this is Alfred, I work for him’, Bruce Wayne says as he introduces the super friends. What made the Marvel team-up movies great was witnessing the established superheroes working together, such as having Thor’s lightening abilities power Tony Stark’s Ironman suit.

Snyder follows suit in an original way. Having Cyborg hack into the Batmobile’s weapons and the Flash speed around to lightly tap Wonder Woman’s sword back into her grasp is made up of pure nerd fairy dust. Snyder also treats the audience like adults and allows a few F-bombs and a lot of blood to flow through his comic book movie. Gone are the days where superheroes do not kill. 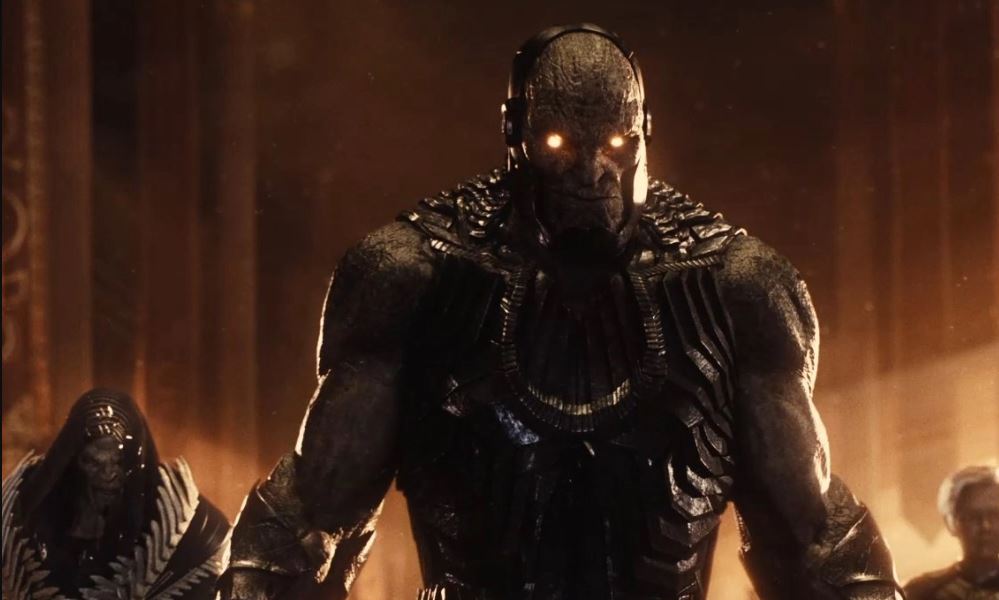 It is extremely hard to give this movie a rating as it has come to us in such surreal terms. It is unfair to do so but also impossible not to compare this to first version of the movie. Snyder had the benefit of time and hindsight to push his vision of Justice League onto people’s screens. He even managed to film new scenes last year that introduced DC Comic characters into the cinematic universe, but you will just have to watch it to find who that could be. Congratulations to Zack Snyder and his team because for achieving the impossible and bringing the DC Universe back to life. Whether he will be a part of future DC projects is a mystery but for now let us bask in this huge win.

Summary: Congratulations to Zack Snyder and his team because for achieving the impossible and bringing the DC Universe back to life.