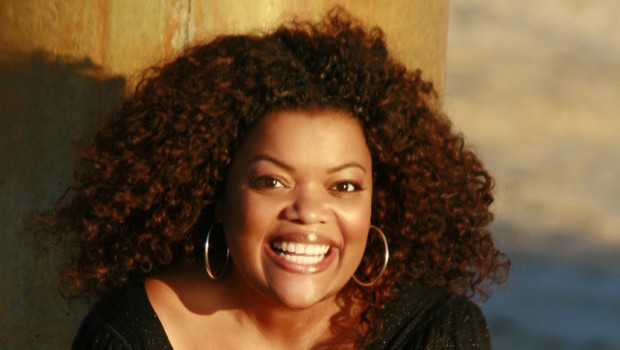 Yvette Nicole Brown is in Australia for pop culture extravaganza Oz Comic-Con Melbourne, which takes place from 9am to 6pm on Saturday 5th and Sunday 6th July at the Royal Exhibition Centre.

Community fans can tweet their questions to @OzComicCon with the hashtag #OCCchats and Yvette will endeavour to answer as many questions as she can.

Community is a cult US TV series based at a community college in fictional Greendale, Colorado. The series initially ran for five seasons on NBC and was cancelled in May, but a voracious online campaign (rallying cry: six seasons and a movie!) lead to a sixth season recently being commission by Yahoo! Screen.

Oz Comic-Con is the only place to be in Melbourne this weekend to see Yvette Nicole Brown and other cult TV stars, such as Kristian Nairn (Hodor) and Daniel Portman (Podrick Payne) from Game of Thrones, Richard Dean Anderson (MacGyver and Stargate SG-1) and Jennifer Morrison (Once Upon A Time). Tickets are available through Showclix (www.showclix.com/events/18185) or on the door. Plus, children ages 12 and under can enter for free all weekend with a paying adult. For more information visit www.ozcomiccon.com.