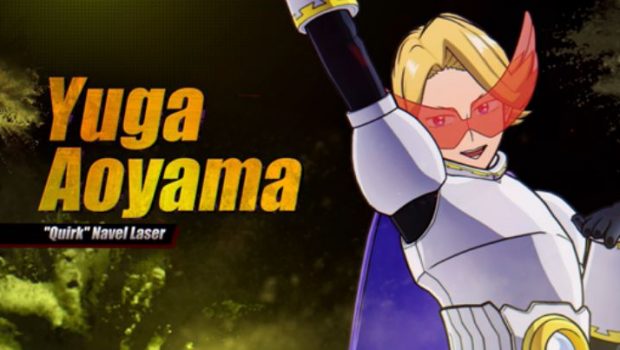 There’s more than shiny hair and unstoppable twinkling to Yuga Aoyama. The dazzling student of Class 1-A is here to win the fight, but can his stomach take the hit? His trusty belt channels his powerful quirk Navel Laser into a blade or a ray capable of sending his opponents flying. Watch out for the landing!

A demo is also available on PS4, Xbox One, Nintendo Switch and PC, giving you access to the beginning of the game in “Story Mode” and to “Free Battle” with six characters from the roster.