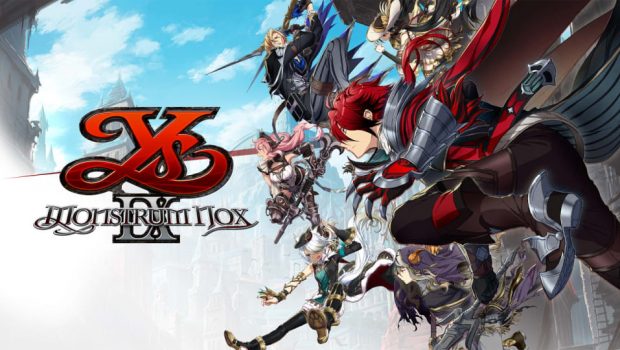 Summary: Ys IX is a charming adventure with frenetic combat that is a joy to play despite some nagging performance problems.

Adol Christin has seen multiple lifetimes worth of adventure, a fact that Ys IX: Monstrum Nox mines many laughs from. When Adol arrives in the city of Balduq he is promptly arrested. He is then questioned by an interrogator who is incredulous at the amount of wacky situations Adol gets in to. This sets the stage for a charming, well written and fun to play adventure. 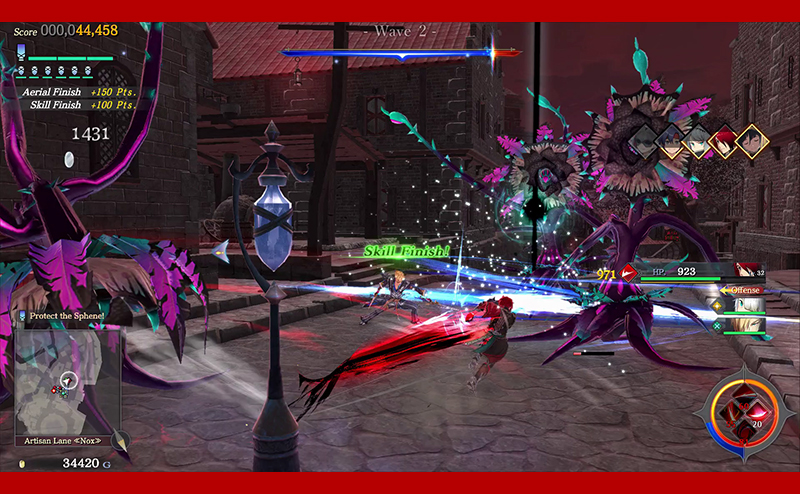 It doesn’t take long for Adol to escape the prison. As he escapes he finds himself hit with a powerful curse that grants him new powers, but also confines him to the city. Now he is a “Monstrum”. Along with a ragtag cast he is tasked with investigating the prison and the entire city of Balduq, which seems increasingly off.

The mystery element of the story is a great hook and it is aided by a core cast of compelling characters.  Similar to Falcom’s other flagship series Trails, the success of Ys lies in the wonderful writing. NPC’s have a ton of dialogue, and most of it serves to flesh out the world and the political landscape of Balduq. 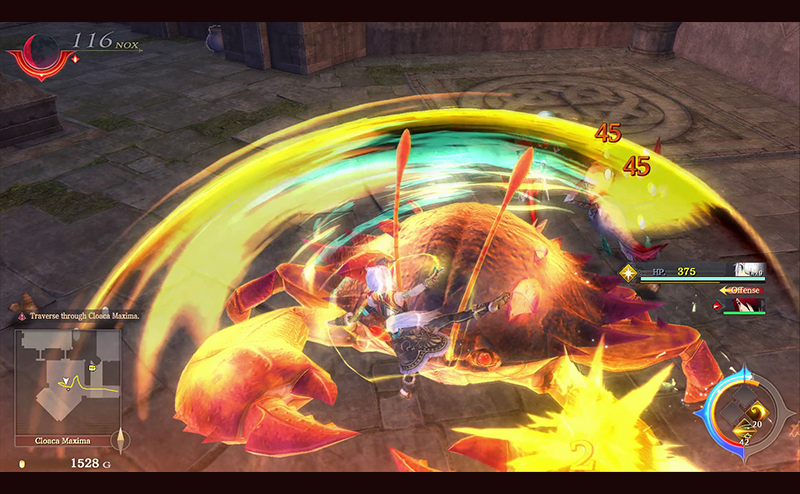 Adol’s fellow Monstrums all get their own dedicated arcs and are fleshed out well beyond their tropey introductions. Favourites include the timid yet loyal White Cat and the stoic Doll, whose backstory contains some of the funnier animations of the game. 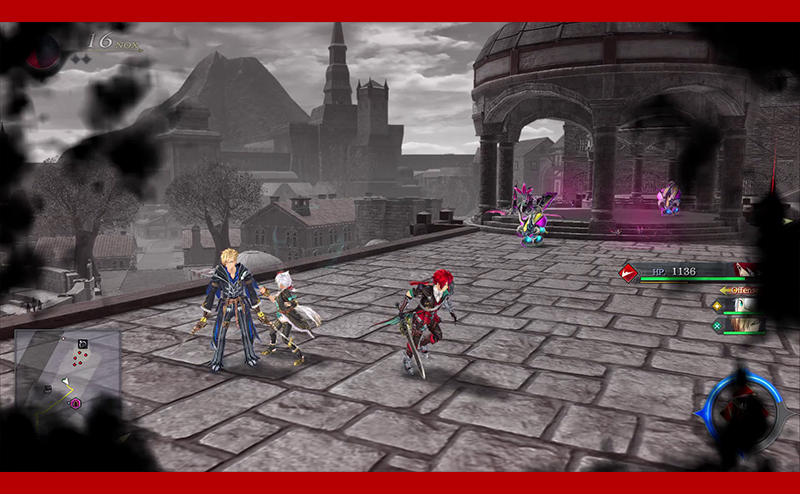 The playable cast is also bolstered by the crew that occupy Adol’s hideout. Each of them have their own function, such as item crafting, upgrading weapons or cooking recipes. They also have their own unique personalities and are a joy to interact with. 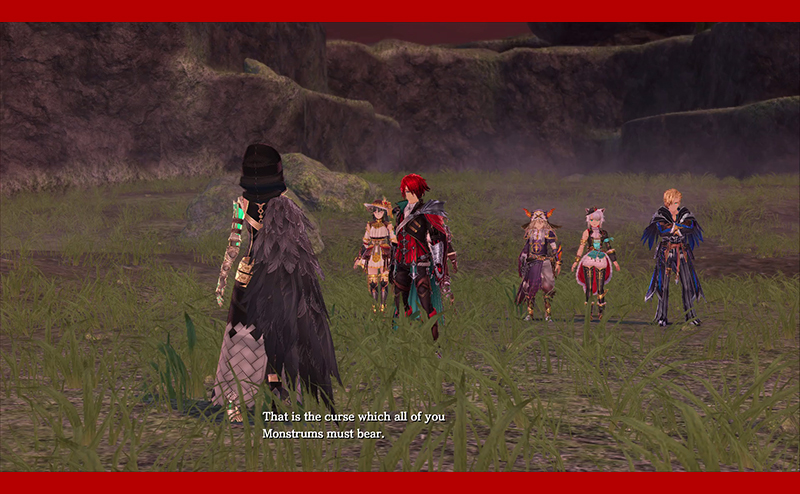 The overall story is not nearly as involved or epic as the continent spanning Trails series, but this never works against it. For those worried about the long history of the Ys franchise, this is a self-contained adventure with a mostly new cast. There are plenty of nods to the series past for hardcore fans, but newcomers should have no problem jumping right in. Overall it’s a wholly entertaining chapter in Adol Christin’s travels.

Ys IX settles in to a familiar structure once the table has been set. You start out in your home base and are tasked with exploring the city of Balduq. You can jump straight to the story quest or fulfil the various side quests dotted around town. You will then be joined by one of the Monstrums and be given access to one of their unique skills. These skills will be of use in the following dungeon, and at the end there will be a boss fight. 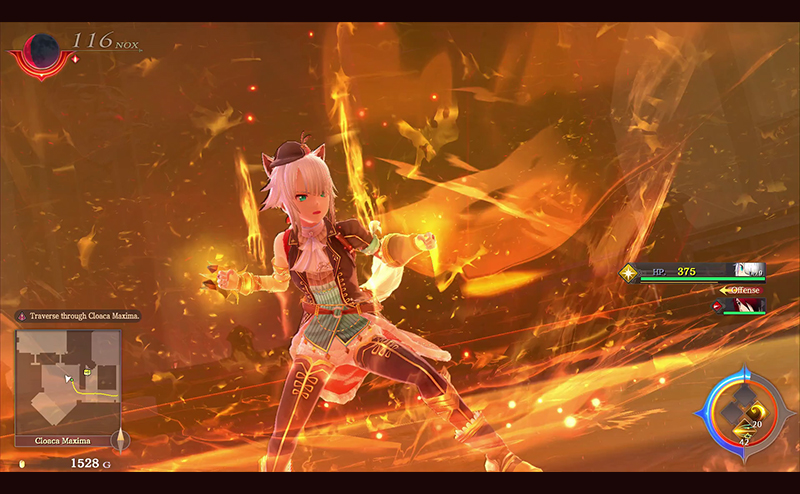 Exploring Balduq is a ton of fun, especially once you start receiving the various Monstrum gifts. These gifts include warping to ledges, using a special sense to identify hidden areas, and running up walls. The added verticality to environments means there is plenty to see and find.

Although there is plenty of jumping and exploration, a precision platformer Ys IX is not. There are moments where you are required to traverse scenery and the controls will fail you. The wall running mechanic in particular can feel a little fiddly. There can be brief moments of annoyance, but a lot of these consigned to side quests or treasure hunts. 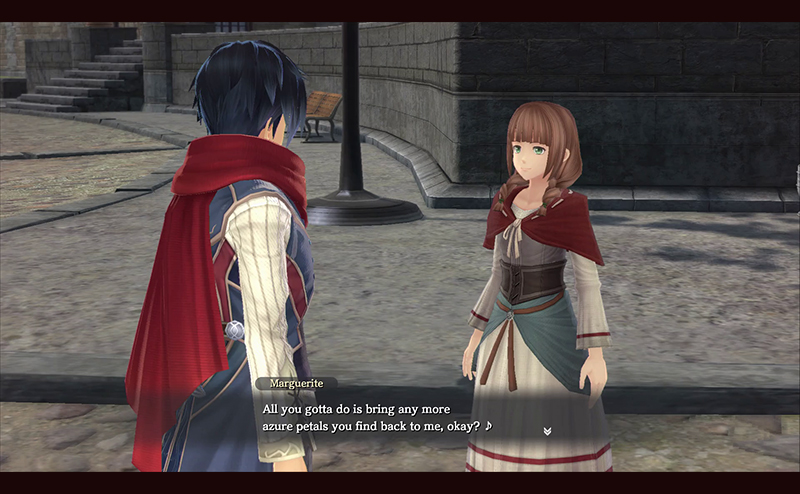 Combat is fast, frantic and enjoyable, if not ground-breaking. The basics are fairly standard action JRPG combat. You hack away at enemies, aided by special skills that can upgrade as the game progresses. Dodging and guarding are given an added layer with the abil ity to time these to perfection. Doing so will add a quick combat boost.

On the lower difficulty settings combat is a breeze, to the point that it almost seems odd if your characters HP sinks to critical levels. There are plenty of added difficulty options so those who would like a challenge may want to look at the higher levels. 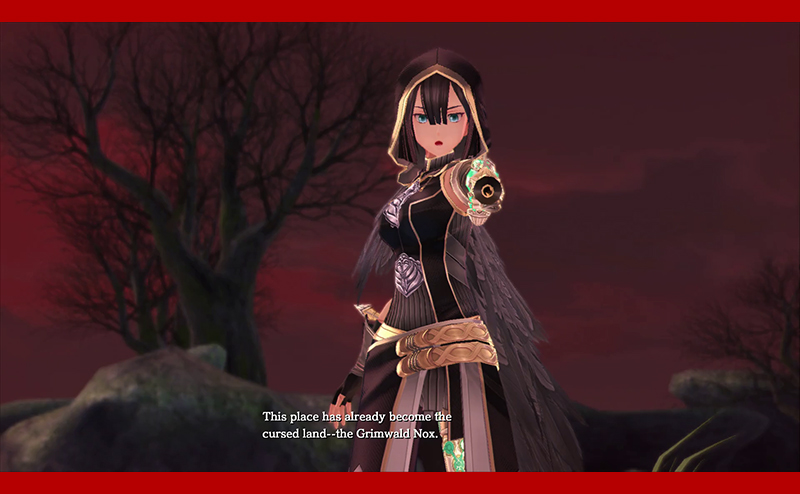 One of the other aspects to the combat is when you visit the Grimwald Nox. These are special stages where all of the Monstrums fight together to protect a base. Enemies come in waves and it is up to the whole cast to prevent them from destroying the crystal you have been assigned to protect. Supporting cast members also join in on the fun here, providing buffs to the fighting party.  The Grimwald Nox adds a new wrinkle to the combat and keeps things interesting.

If there is one area where Ys IX does not shine, it is in overall performance. On Switch there are many noticeable problems. Moving the camera is sometimes finicky and causes framerate drops, but that is nothing compared to some of the moments in combat. When multiple enemies crowd the screen there are many instances of slowdown where the Switch is clearly struggling, whether in handheld or docked mode. In addition to this, my copy did have a moment where it entered a loading screen and never came back. Thankfully the auto-save system had my back but the crash was slightly concerning. 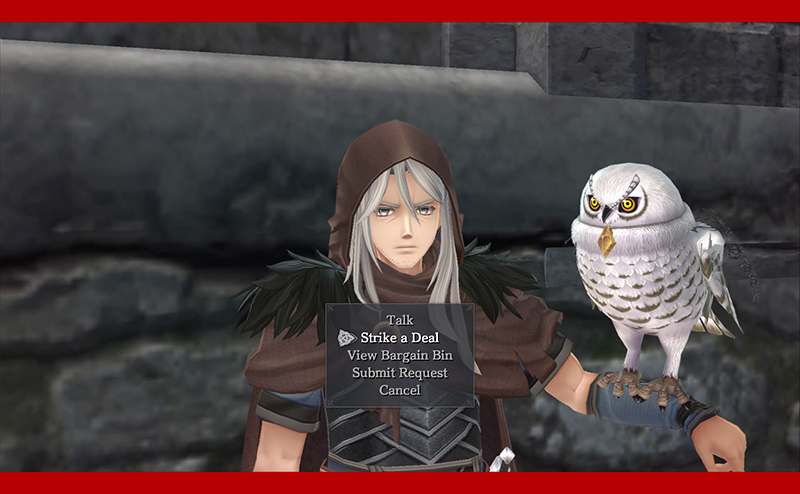 Despite the performance issues there is plenty to like here. The story is engaging and the characters are likeable. Using the Monstrum abilities adds a genuinely new layer to the core Ys gameplay and combat remains a blast to play through. The Switch may crumble a little under the weight of the game, but Ys IX: Monstrum Nox is still highly recommended.