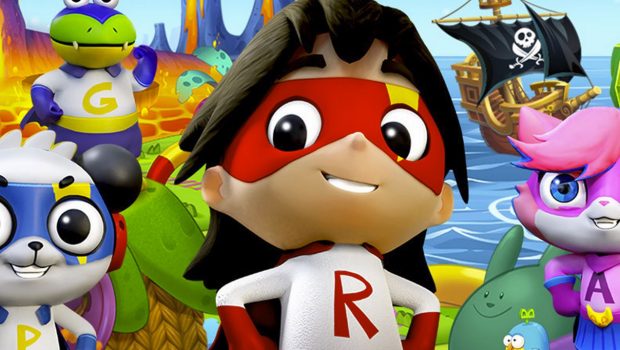 Today Outright Games and pocket.watch™ have announced the brand new video game Ryan’s Rescue Squad coming to consoles and PC in 2022, from global kids phenomenon ‘Ryan’s World’ whose YouTube channels receive over 1 billion views per month from over 48 million subscribers.

In this side-scrolling platform adventure, featuring 2-player local co-op travel across slime-filled planets to rescue Ryan’s friends who have been captured by the evil Dark Titan and his wicked allies Robo Combo and Packrat!

This announcement follows the first ever Ryan’s World FanFest real-time live streaming event that took place on Saturday 27th November. The stream was free to view globally for all of Ryan’s 30M+ fans and was an interactive event featuring puzzles and challenges, photo booths, downloadable content and Voice-Activated Emojis.

Ryan’s Rescue Squad will be released next year on Nintendo Switch and digitally on Playstation 4, Playstation 5, XBox Series X, XBox One and PC.