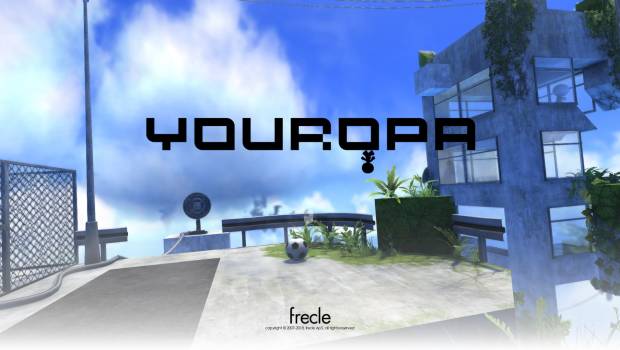 Summary: Anti-gravity and a fractured cityscape... sure why not?

Have you ever wondered what it would be like to exist in an M. C. Escher picture? Well wonder no more… Youropa will allow you to live out your wall, ceiling walking desires and then some. 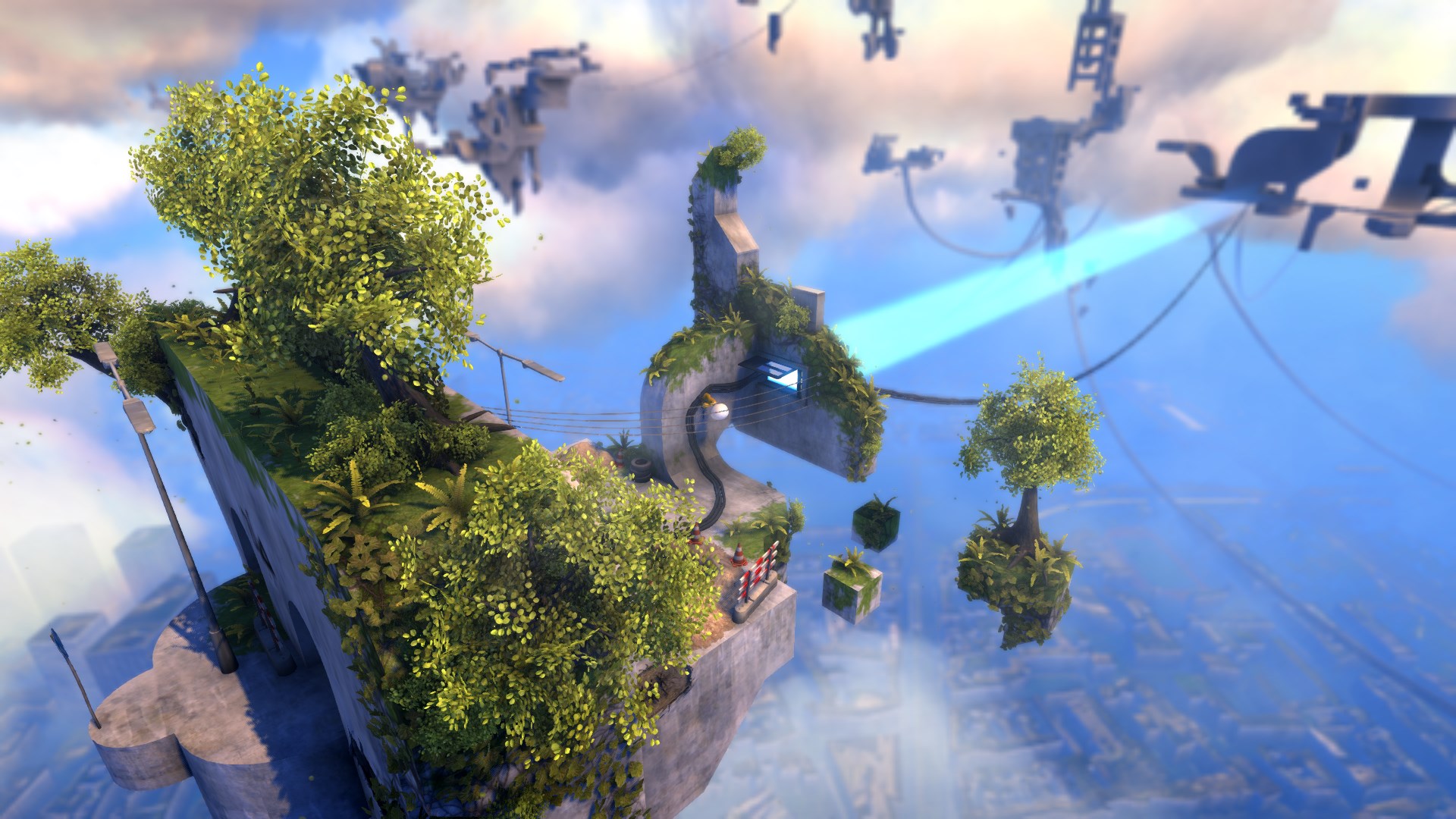 Youropa is the eponymous city that your character lives in and when it is torn apart it is your job, with your “unique wall walking ability” to explore the city and restore it to it’s former glory. One of the first that will stand out is the lovely visuals… your main character is a blank canvas standing before a beautifully realised world that uses depth of field to enhance the realism.

That blank canvas you possess can later be customised to give you the look you desire (via spray paint and decals). But the beauty of the world you find yourself in will literally be turned on your head (more or less)… and that is where one of the key dynamics of this game really comes into play. 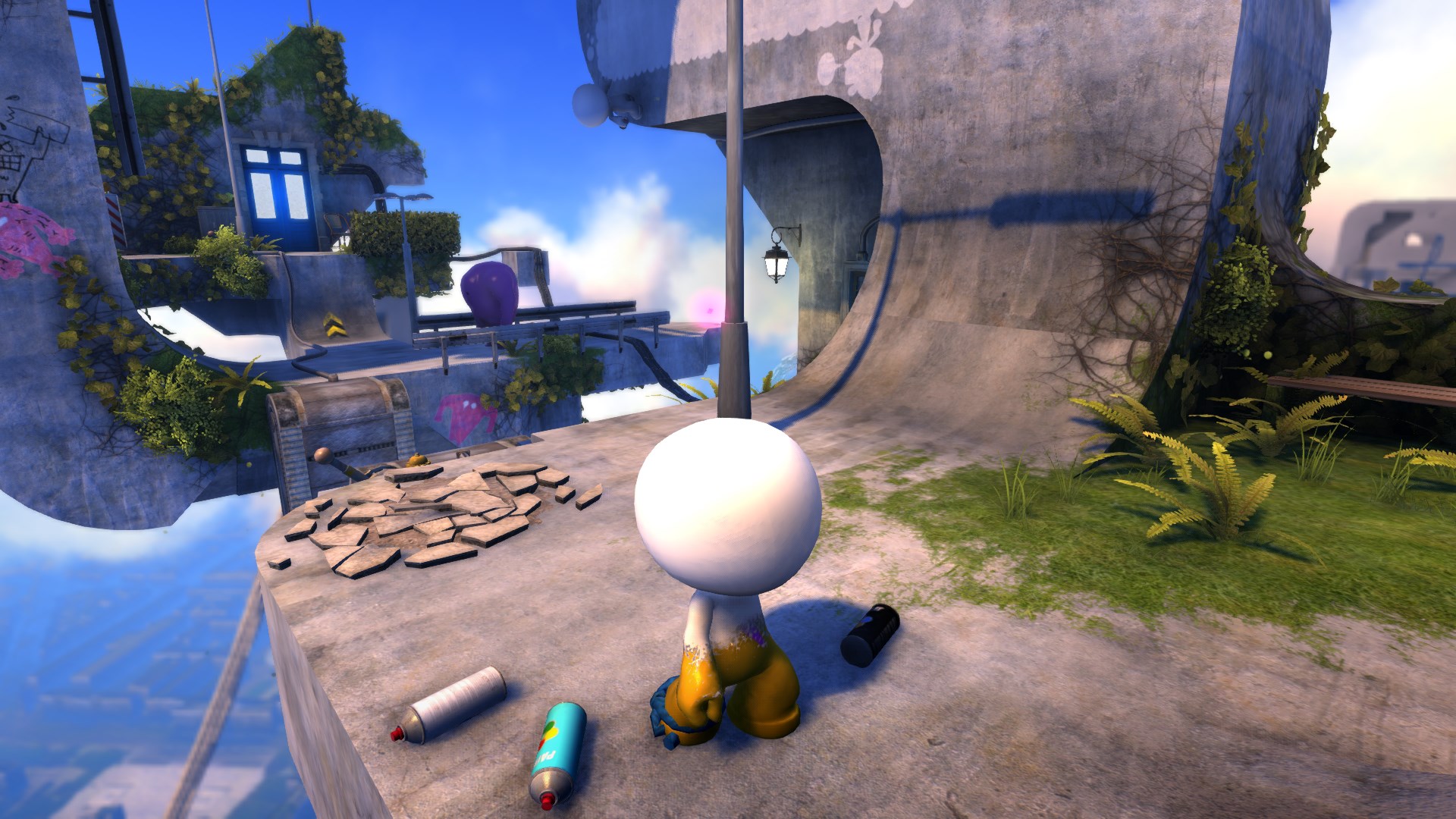 Youropa is a puzzle game but it stands out from the pack by turning your world around and in so doing may make you feel a little queasy. I will put this in perspective, I enjoy playing VR games but rarely ever get nauseous doing so (though it is not uncommon for people new to VR to get motion/VR sickness)… Youropa actually had me feeling a little uneasy a few times… I did have a head cold at the time which no doubt played into it… but some of the visual moves may well make you feel a bit “off your lunch” at times.

Having said that, it’s quite a bit of fun and very clever to be able to traverse your landscape in more than just a straight ahead method. The main thing to remember is if there isn’t a curve to where you plan to walk, check your orientation (a good clue is if it looks like things are falling off you… past your head). 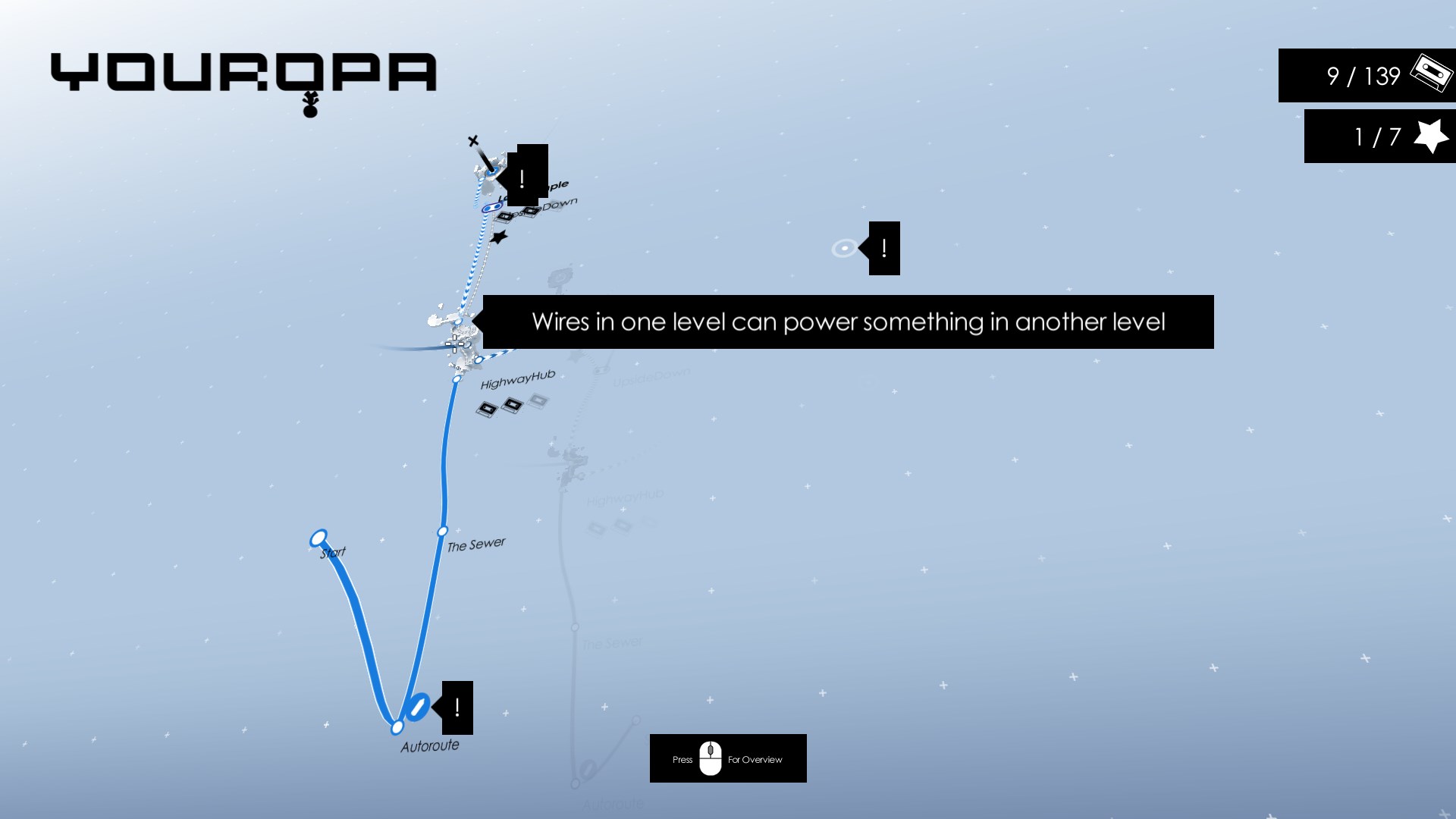 The puzzle aspect can be quite challenging too and also relies heavily on your perspective. Certain challenges will involve you stepping on squares to light up patterns on a grid… at first you might be stumped as to what pattern it needs… then by chance as you are looking around you might notice a set of windows in the background and notice a similarity with your grid and off you go.

The puzzles are divided into different locations that will show up on your train network like map. Each location you go to will have it’s own challenges and items to collect (for those of you too young to know… the pink things are cassette tapes). 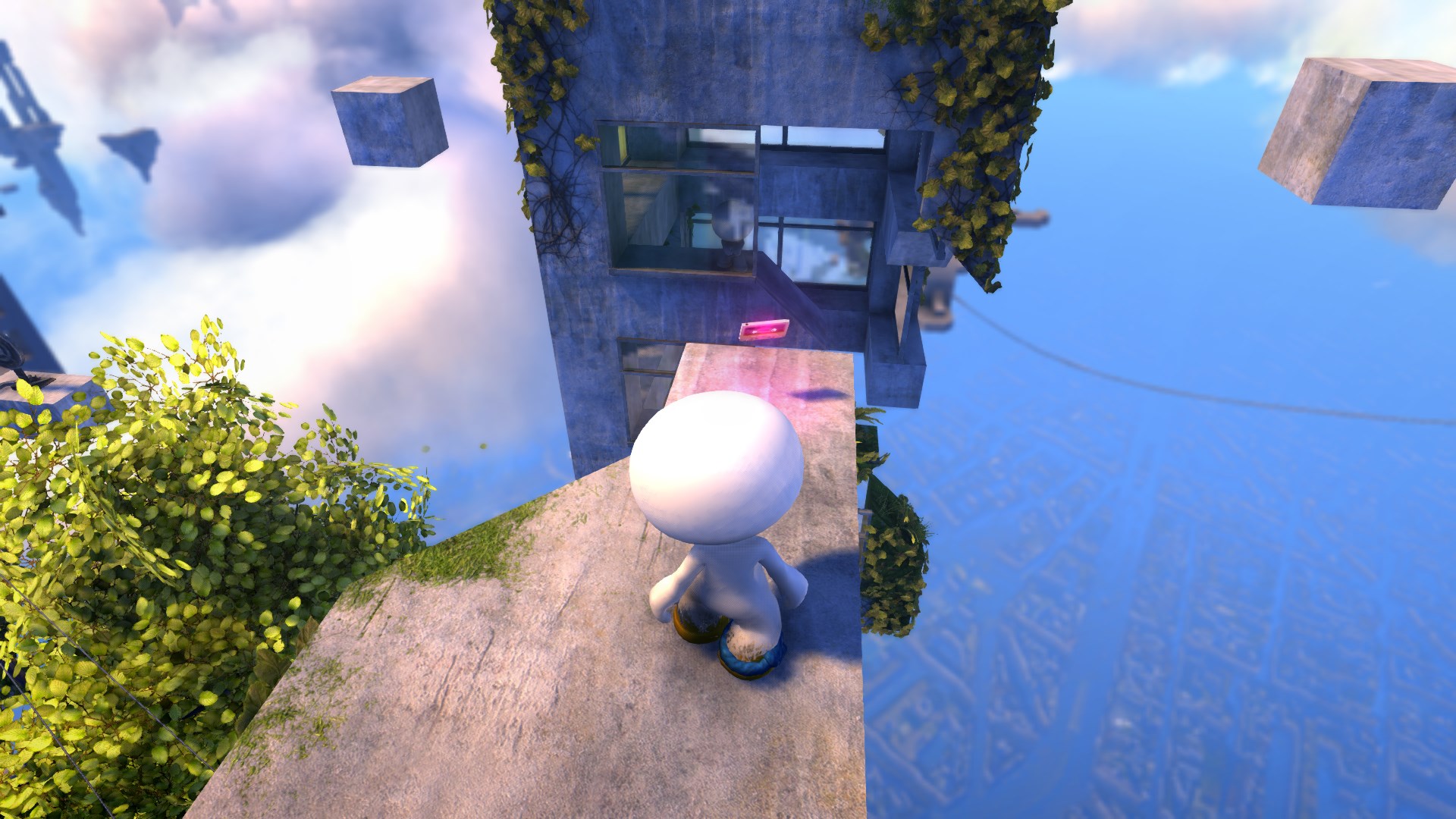 In a way this game is kind of liking playing the scene in Inception when Cobb shows Ariadne their world altering abilities. That notion of walking towards a wall, then walking up that wall and continuing up onto the roof can certainly throw off your perception but it does make puzzle gaming a bit more interesting.

That is kind of the bottom line here too… Youropa is a puzzle game but with a new perspective… getting the player to think about things from different views, angles and approaches adds enough new flavour to popular genre to make this title stand out and the visuals certainly help in that regard… if you’re going to keep falling off the playing space, the least you can have is a stunning view to watch as you fall. 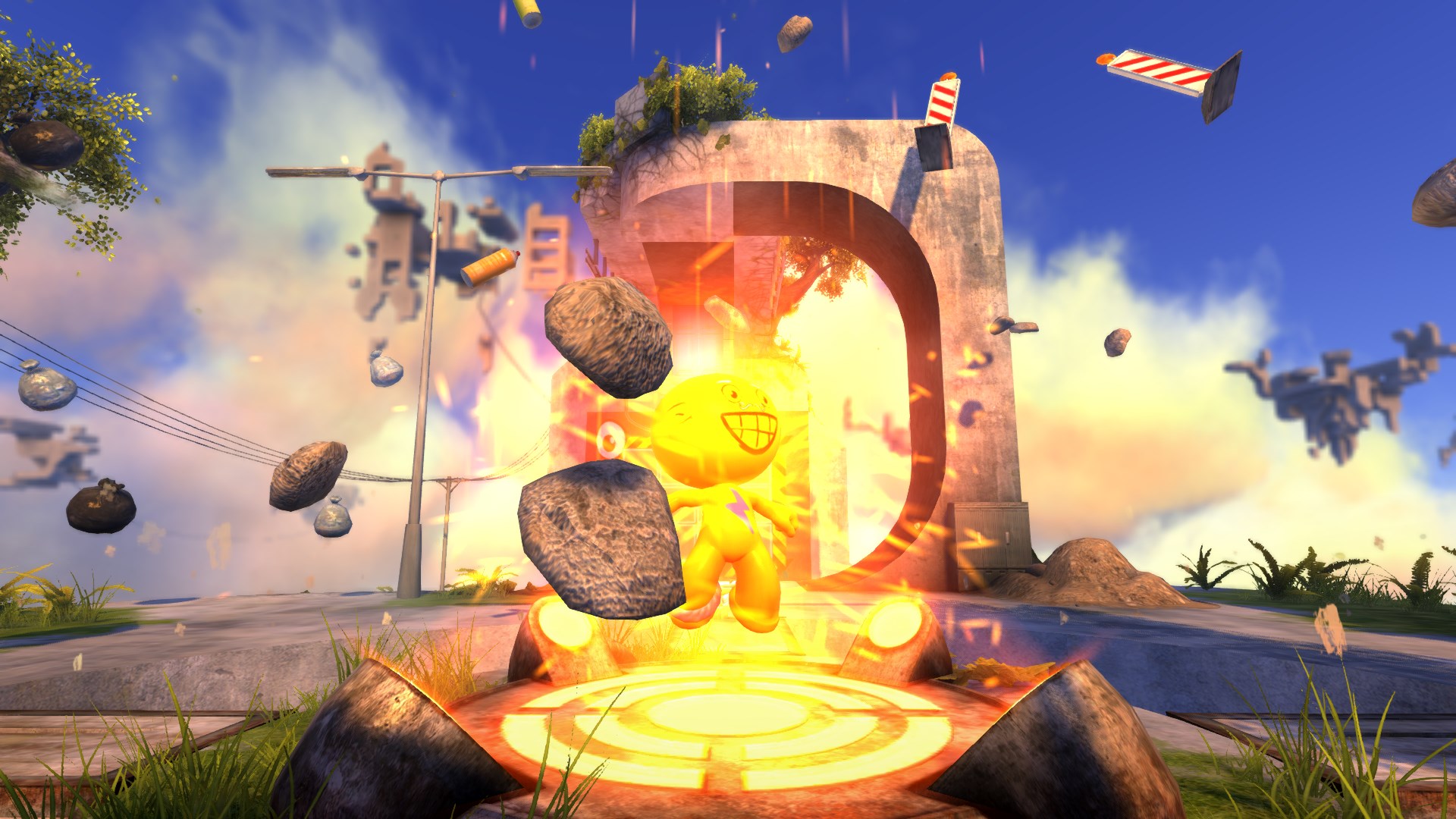 A fun title for puzzle fans or for those who just want a chance to walk around in a somewhat surreal environment and twist their perspective.