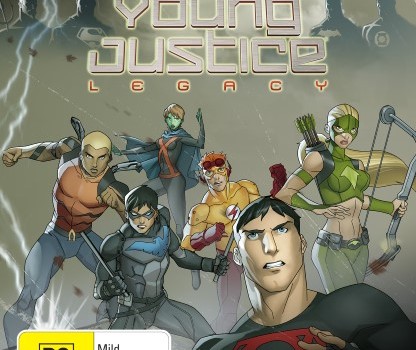 -Young Superheroes are back!-

Young Justice: Legacy for Xbox 360® games and entertainment system from Microsoft and PlayStation®3 computer entertainment system is now available at retailers across Australia and New Zealand. Published by LITTLE ORBIT, the latest Action-RPG game based on one of the best-selling Comics franchise will allow younger players to embody their favourite Young Superheroes!

Being Robin, Nightwing, Super Boy, Batgirl & their friends is finally possible throughout this new game and its 3 different modes: Solo, Multiplayer & Co-op! Players will be able to master multiple combos in order to beat vile foes such as Bane, Lex Luthor and their fellow men! To make all the fans happy, Young Justice: Legacy covers two seasons from the show and stays very close to it: original voices from the anime are included in the game! The authenticity is pushed even further; the game story is written by series creators Greg Weisman and Brandon Vietti!