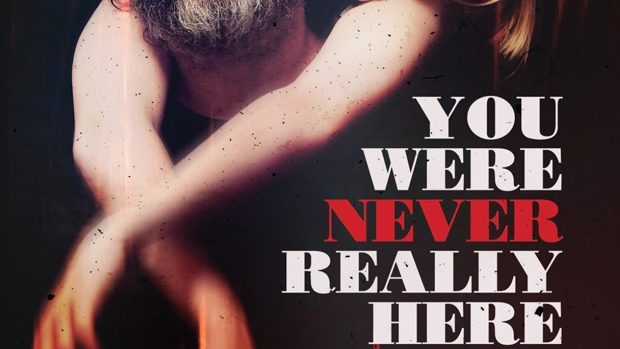 Summary: Living inside the head of someone with many personal demons, trying to use their "unique skills" for good.

You Were Never Really Here follows Joe, a former soldier and FBI officer who now works as a mercenary who recovers trafficked girls and metes out bloody vengeance upon those responsible. Things get particularly messy however when he takes on the job of recovering the daughter of an ambitious New York senator and both the job and Joe’s sanity fall further and further into chaos. 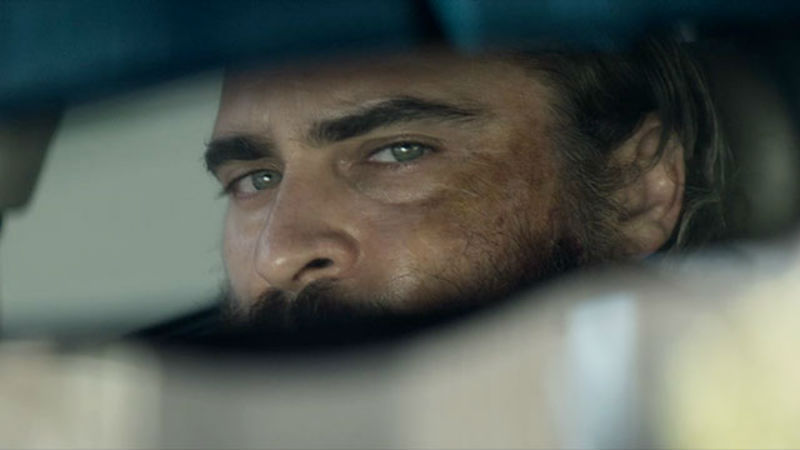 This is another movie that I watched without any former knowledge of what it was about and I think that works particularly well for You Were Never Really Here. The movie doesn’t feed you a whole bunch of exposition but rather fills in some of the blanks with flashbacks… but things aren’t fleshed out comfortably… enough is drip fed to give an overall impression of who Joe is and what he is doing… but there’s sufficient detail left out to retain a sense of mystery. I really like it when movies don’t feel the need to hold the viewers hand through all the detail… they don’t feel the need to explain every single element and flesh out every single backstory. Obviously sometimes you need more information than others and the fine line between too much and too little can be hard to work within… but You Were Never Really Here works exceptionally well in it’s overall atmosphere of discomfort, of not really knowing what is real and what isn’t. 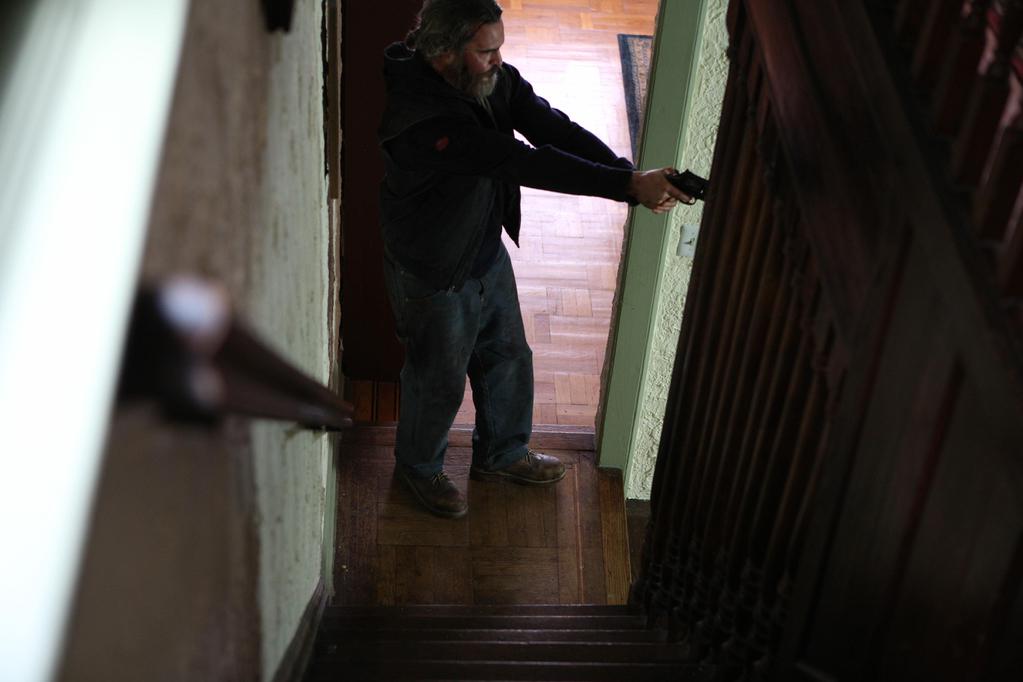 I also really need to note here the soundscape. When you think of movies that are likely to make a lot of use of a 5.1 audio track you generally think of big blockbusters or high action films… while You Were Never Really Here certainly has action scenes they aren’t really the defining feature of the film… what is, is Joe’s psychological state. There was one scene that really brought home just how well the soundscape was used and it was when Joe stepped out into the busy street… the speakers went from mostly quiet to full of noise and audio chaos… it worked as a brilliant analogy to Joe’s inner workings… moments of calm broken up with moments of chaos. 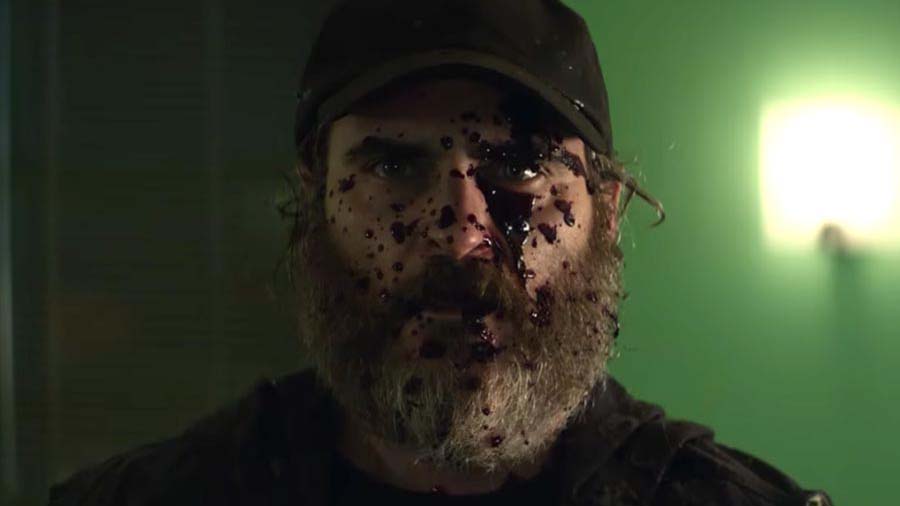 Given the nature of the film… it can be confronting at times… it’s certainly brutal and not shy of showing some of the horrible things people are capable of. But it’s also a deeply moving film for it’s depiction of someone suffering PTSD from both domestic abuse and the horrors of military (and no doubt aspects of FBI) service. Joaquin Phoenix gives a striking performance that is moved forward arguably as much by body language and facial expression as it is dialogue and Ekaterina Samsonov puts in an impressively mature performance when faced with such disturbing material. 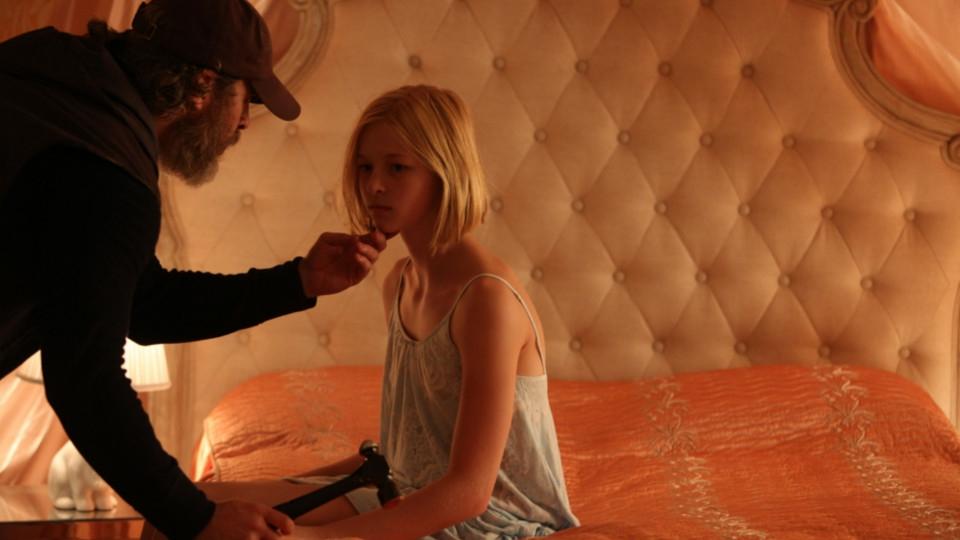 This is certainly not a film for everyone… it may have elements that are triggering for some people… but if you want to see some exceptional cinematography and sound design with a compelling and confronting story then I would highly recommend You Were Never Really Here. 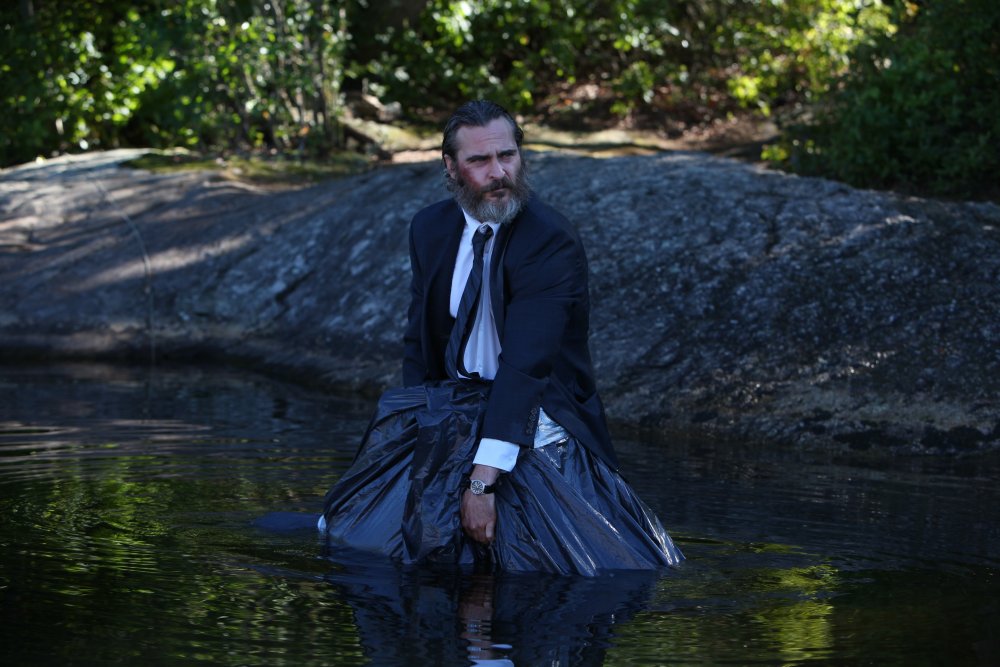