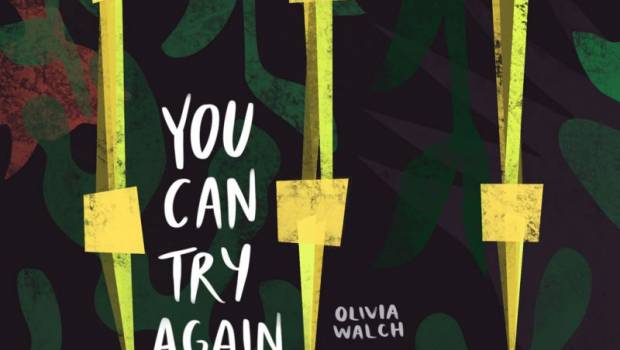 You Can Try Again Comic Review

Summary: A peaceful sci-fi landscape that feels like floating.

You Can Try Again stumped me… that’s not a bad thing… it just flummoxed me how to describe it because it’s not something that easily fits into any preconceived story style… well maybe surreal sci-fi might come close… though I don’t know if that is technically a category… yet. In my attempt to figure it out I looked into the story but mostly came up with things about the creator Olivia Walch and discovered she is as captivating as the comic. A PhD in mathematics and a skill for conveying maths and science via comics. She is perhaps most well known for Imogen Quest. 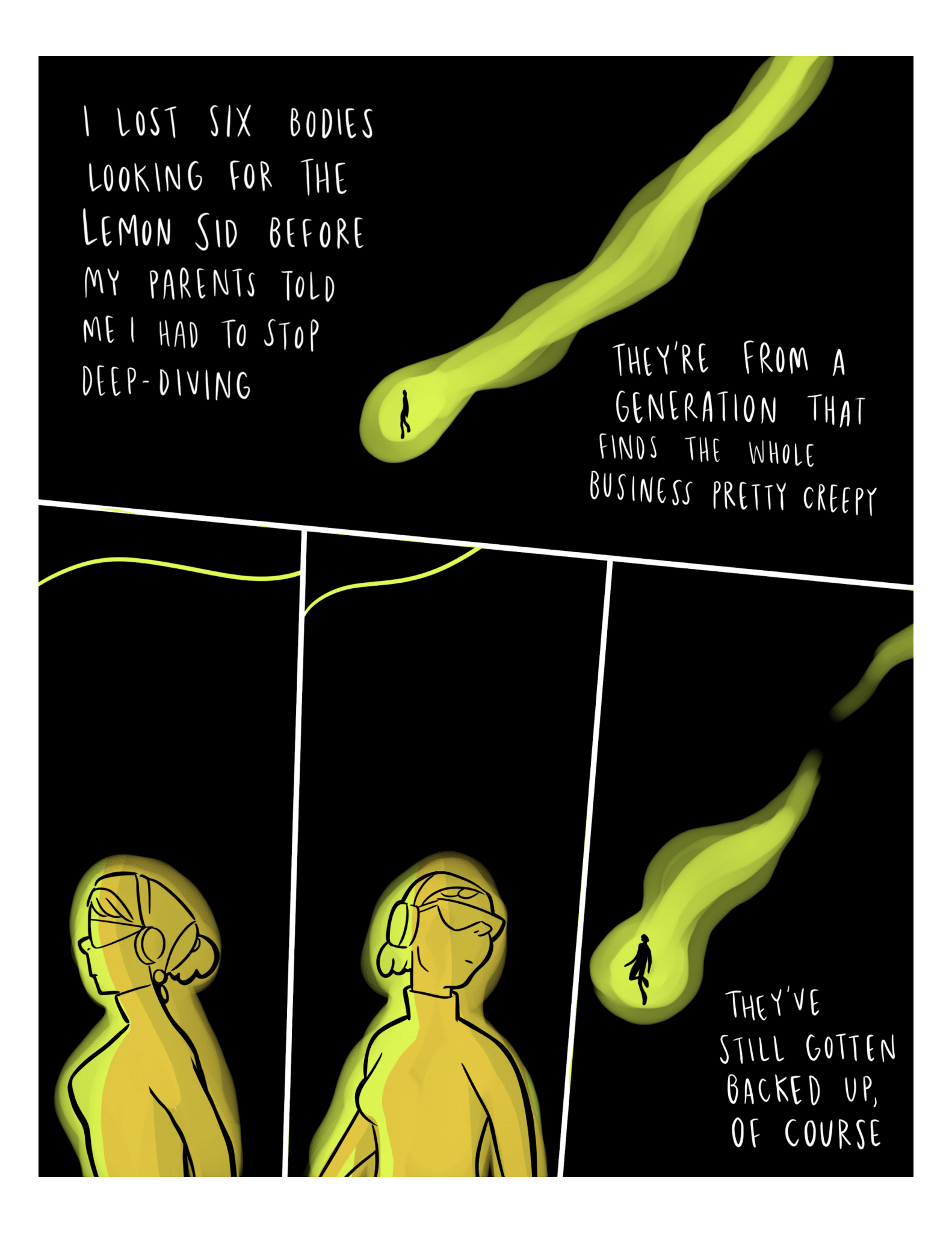 This is where I got stumped… but again, not in a bad way. The story has an ethereal quality to it, almost like it’s someone’s dream put on paper, or perhaps I should say more like watching someone’s dream as they are experiencing it. It’s gentle and pleasant to simply go along with it… kind of like free form consciousness with a thematic link that holds them all together (like the rope on a free dive). 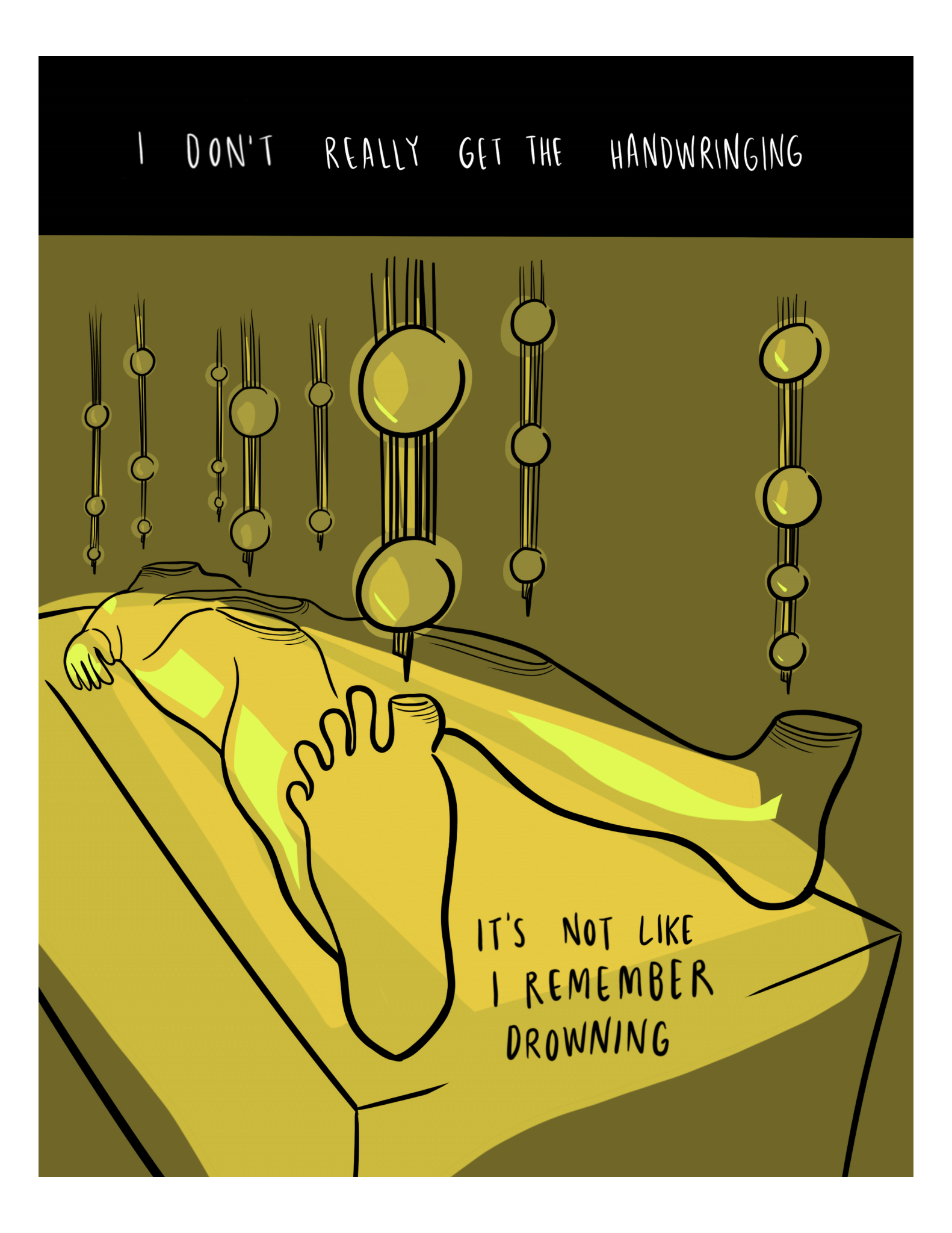 The art matches the writing nicely with no harsh lines or corners. There’s a softness to everything almost giving the feeling that you could fall into this story and be quite comfortable with a gentle and embracing landing. The colour palette matches that soothing tone with no overly bright colours jumping out at you, that’s not to say there aren’t a lot of colours in use here… but just that none of them are too bright, you won’t turn a page and have to put on sunglasses… the whole visual experience is just as welcoming and accommodating as the story and it helps to put you in that almost dream like state. 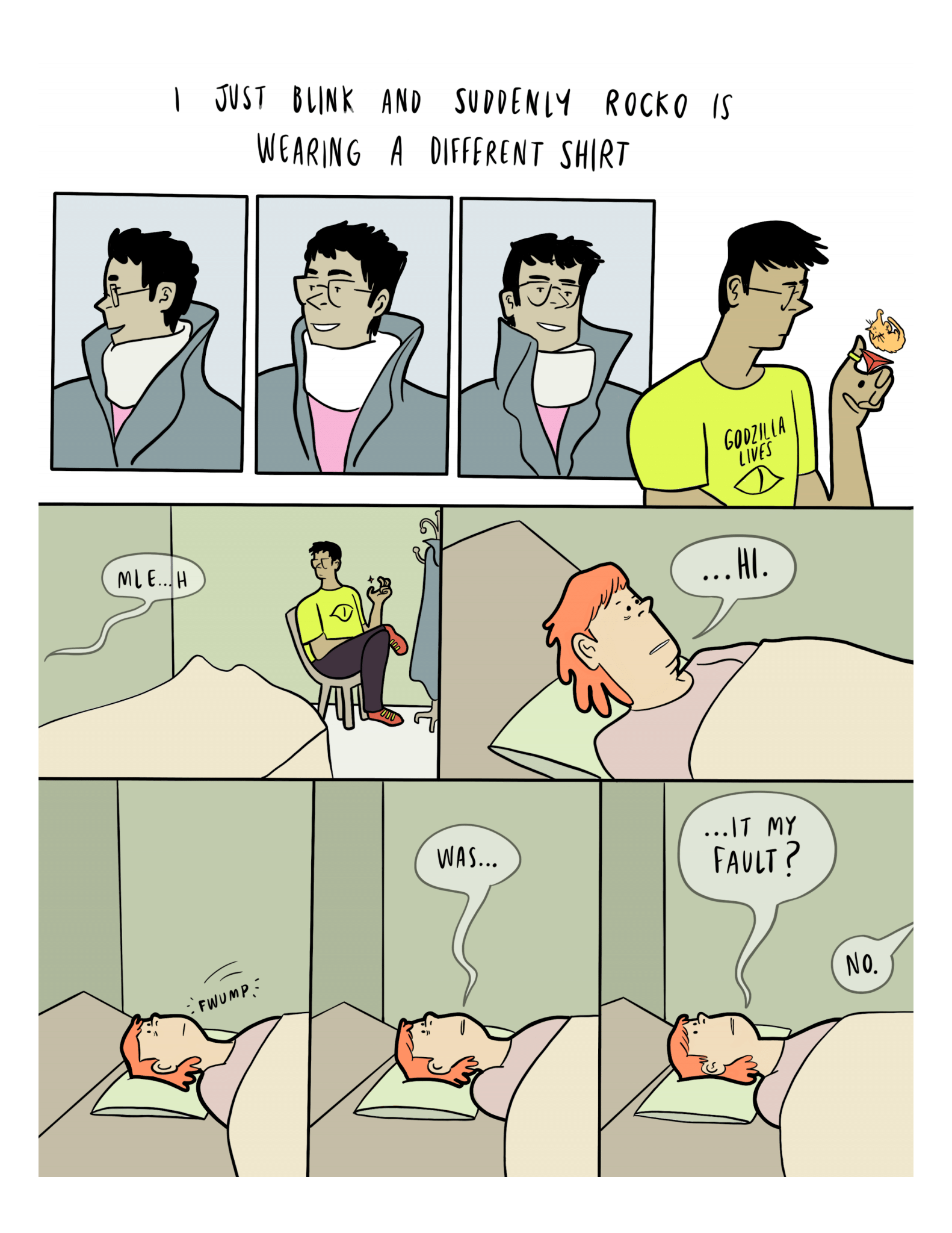 This isn’t something that everyone is going to love, but there are some people who will fall in love with it. For people wanting action and adventure, this isn’t the comic for you. For people who might want a more ethereal experience, one that you can either just let wash over you or delve deeper into for meaning, then this may just fit your taste. I really enjoyed it… my approach wasn’t to try and understand every panel or even the work as a whole (though I think I got the general idea) and I think it worked well that way. It’s almost like an episode of The Twilight Zone except without an air of dread. 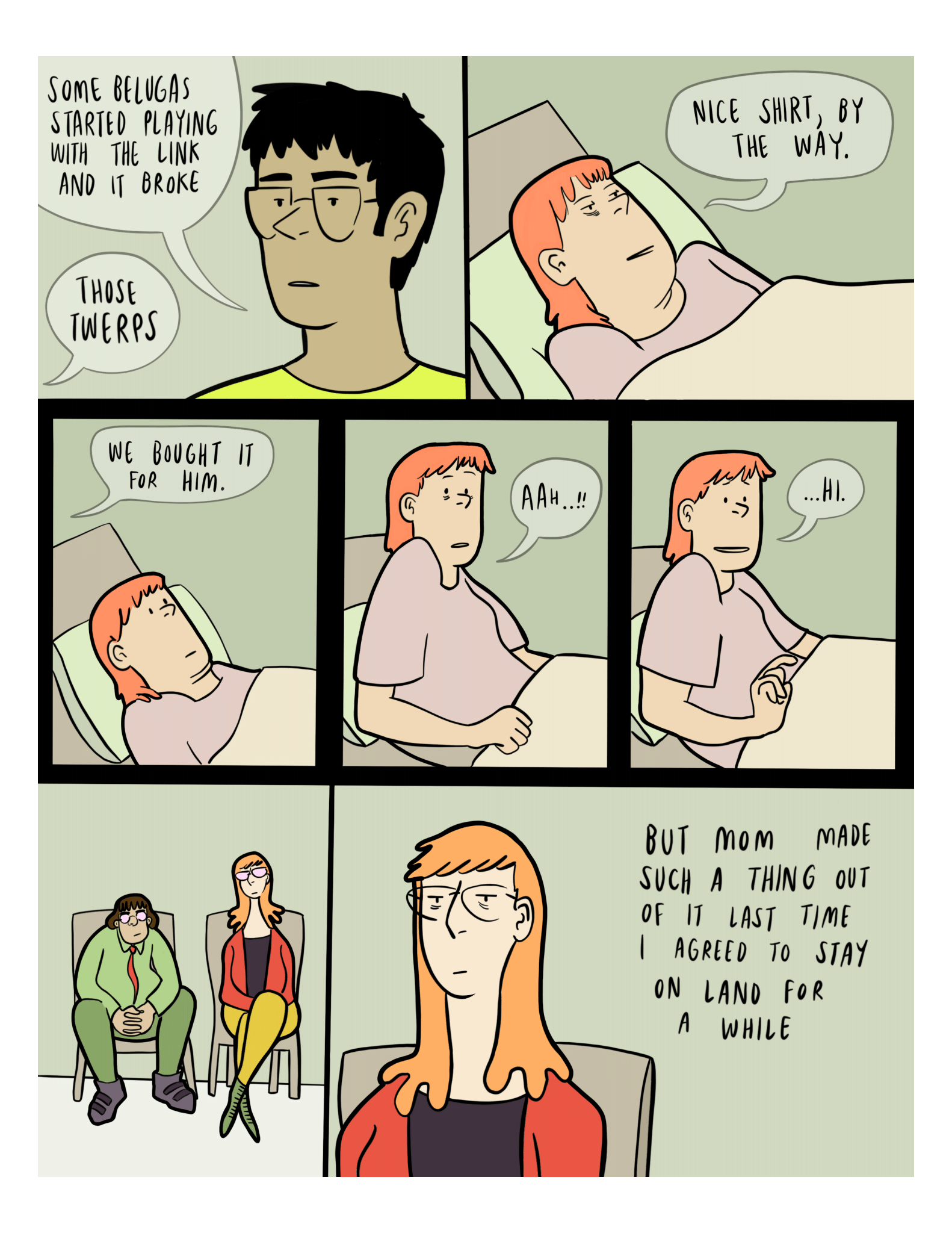