Summary: Yoshi's Crafted World is a terrifically simple platformer with a gorgeous art style and a focus on exploration over challenging gameplay

When Yoshi’s Woolly World was released back in 2015, it quickly became one of my favourite games released that year and one of my favourite platformers of the last generation. Its gorgeous, knitted aesthetic drew me in, but it was the leisurely collect-a-thon gameplay that kept me enthralled. Now four years later, Yoshi’s Crafted World has taken the lessons learned from its predecessor to refine the simplistic, exploration-based, platforming gameplay and combined it with a fantastic new paper craft art style to deliver the best Yoshi game in the franchise. 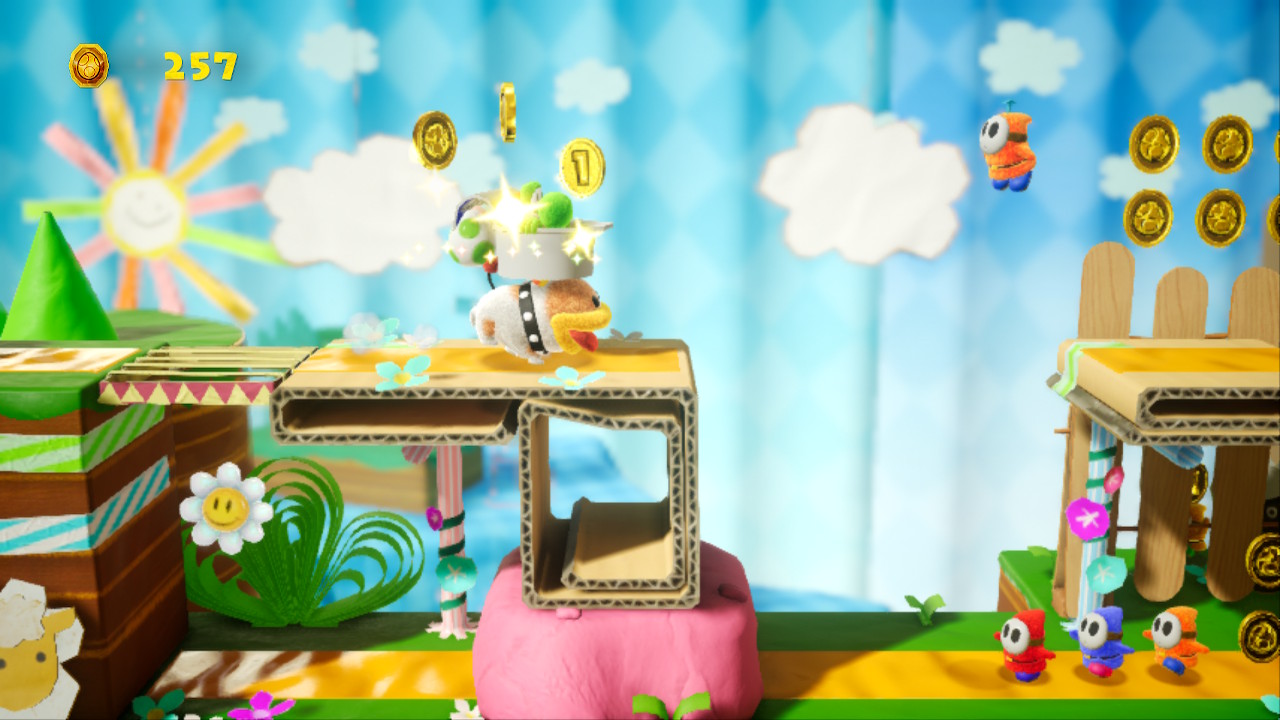 If you’re unfamiliar with the nuances between the modern Nintendo 2D-platformer franchises, and what exactly distinguishes the Donkey Kongs from the Marios and the Yoshis, here’s a quick run down: all of these franchises share a common design philosophy of ‘run to the right, avoid dangerous obstacles and grab as many collectibles as you can along the way’ – yet the subtle differences make each franchise feel unique. Generally speaking, the recent Donkey Kong games sit at the difficult end of the gameplay spectrum and the modern Yoshi platformers sit on the complete opposite side as a more casual, slower-paced experience. 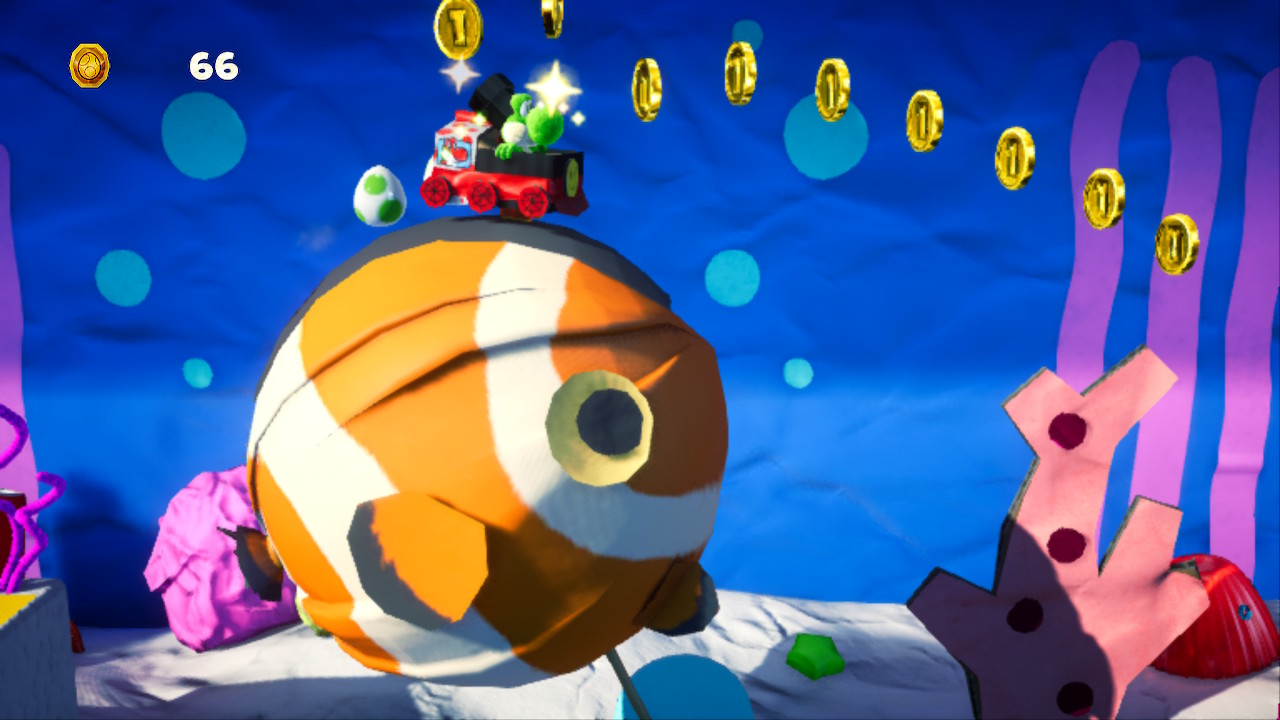 But don’t let the descriptors of ‘slower-paced’ and ‘casual’ deceive you – while 2D platformer pros will have no issue breezing through all the levels in Yoshi’s Crafted World to simply beat the game, this really goes against the spirit of what modern Yoshi games are all about. The fun in Yoshi’s Crafted World comes from taking the time to fully explore all the environments and track down every hidden collectible in each level. 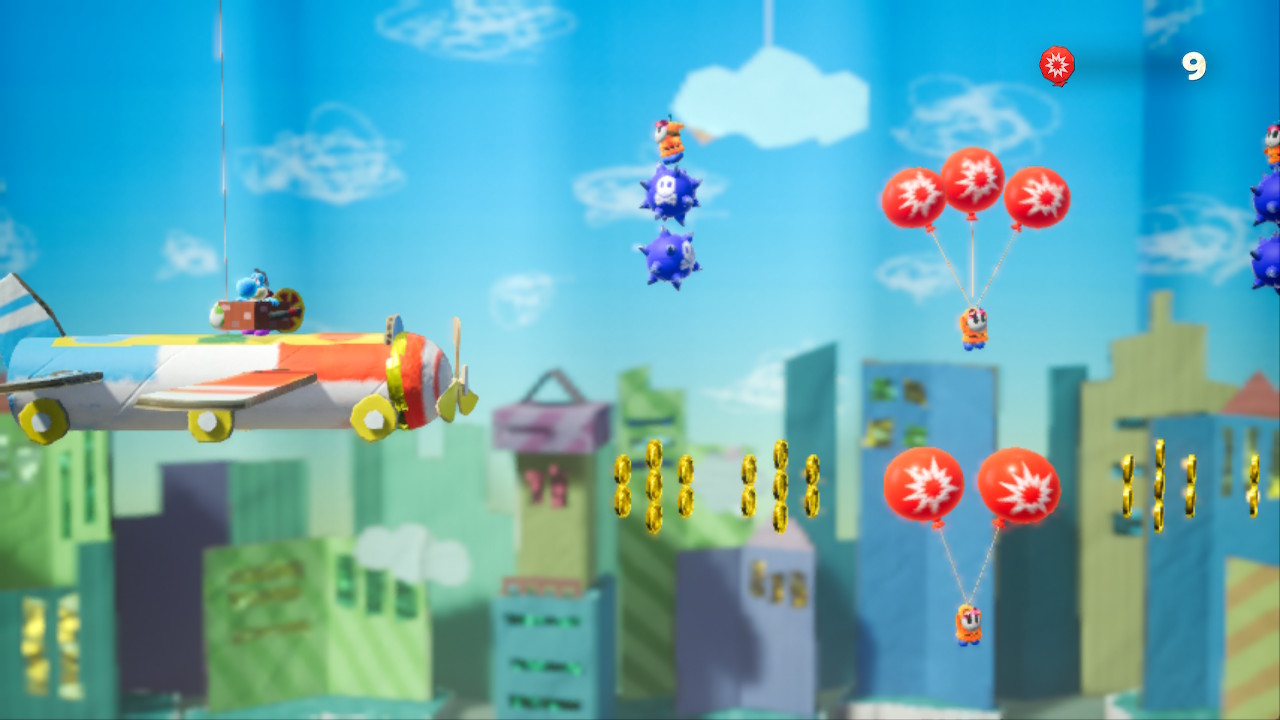 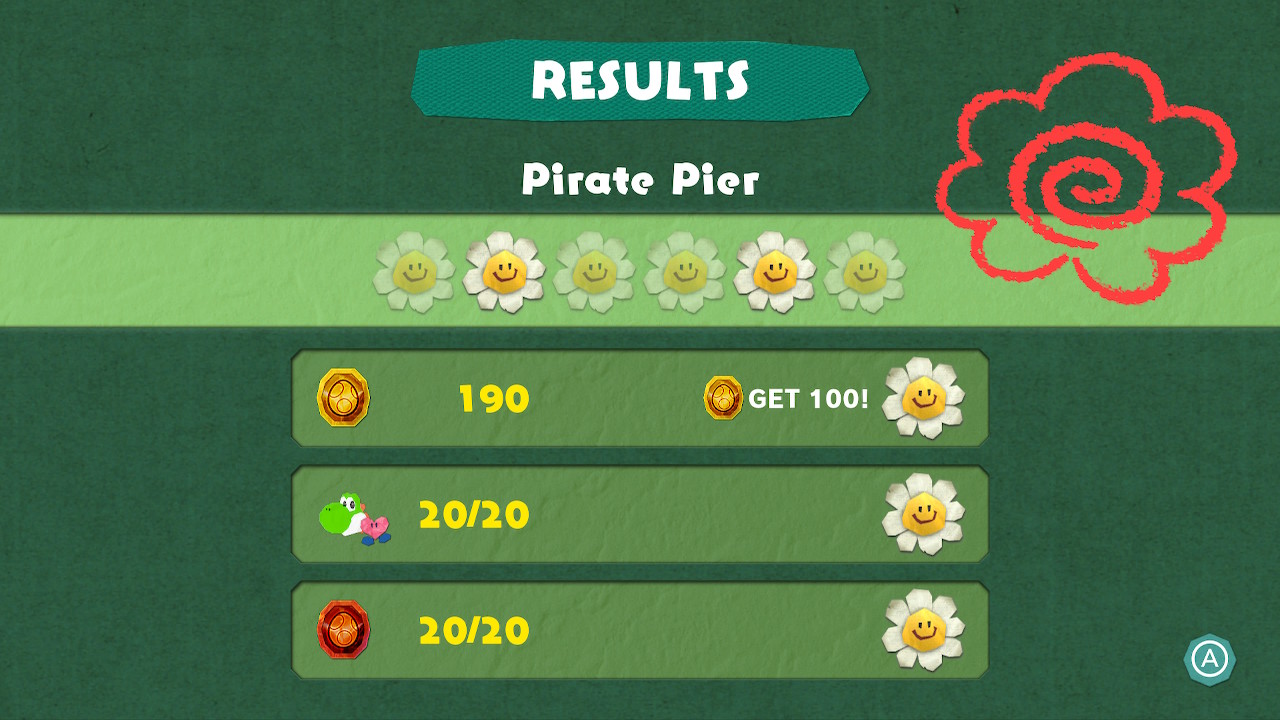 This may sound like an overwhelming array of hidden collectibles to track down, but the levels have been masterfully designed to make collecting these items less about completing difficult platforming challenges and more about using a keen eye to find the collectibles hiding in plain sight. There’s no timer, no lives and Yoshi has a generous health bar, which allows the player to scour the levels at their own pace. This makes for a delightfully simple yet immensely enjoyable platforming experience, which is bolstered by the tremendous variety of gameplay mechanics and level themes. 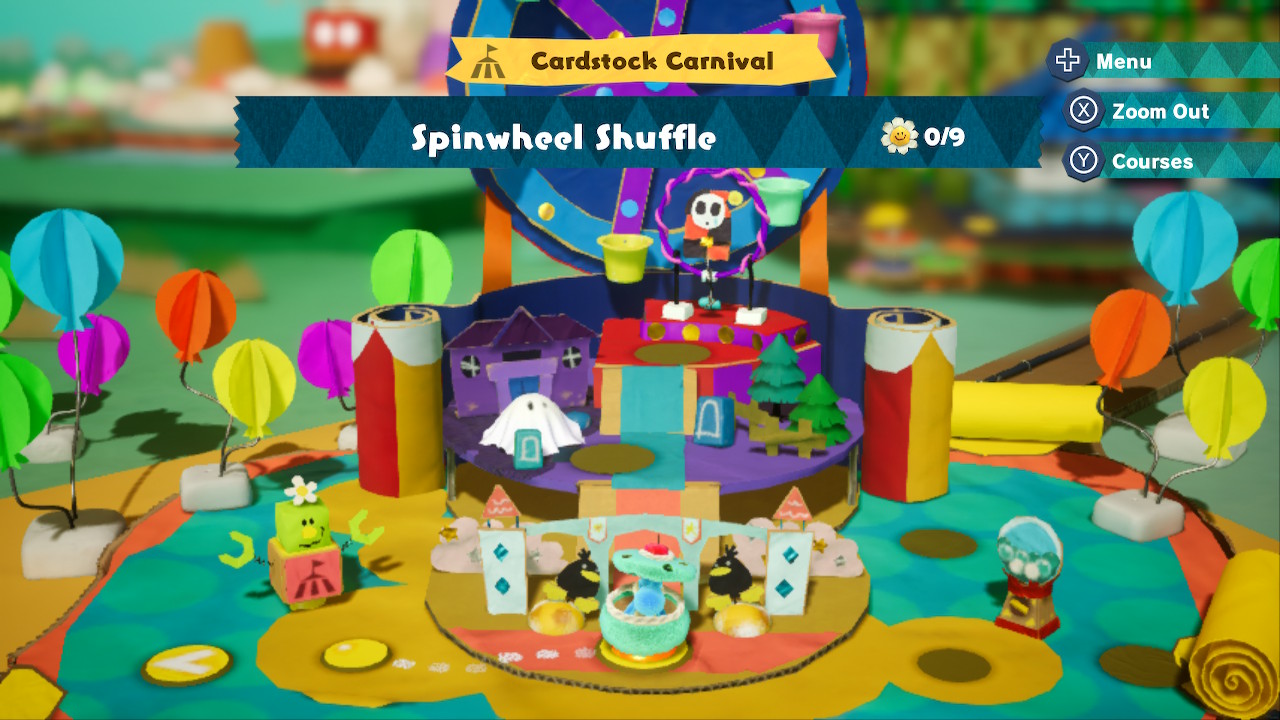 Levels in Yoshi’s Crafted World are separated by unique lands with a distinct theme. There’s a strong sense of creativity and variety to these themes that are reflected in the aesthetics and gameplay mechanics of the levels (ninja land and candy land being some personal highlights). One level may task Yoshi with piloting a plane through an obstacle course; another will have you battling pirate ships on the high seas. The sheer breadth of gameplay mechanics makes playing every new level feel exciting, and the fantastic aesthetic diversity compounds this feeling. 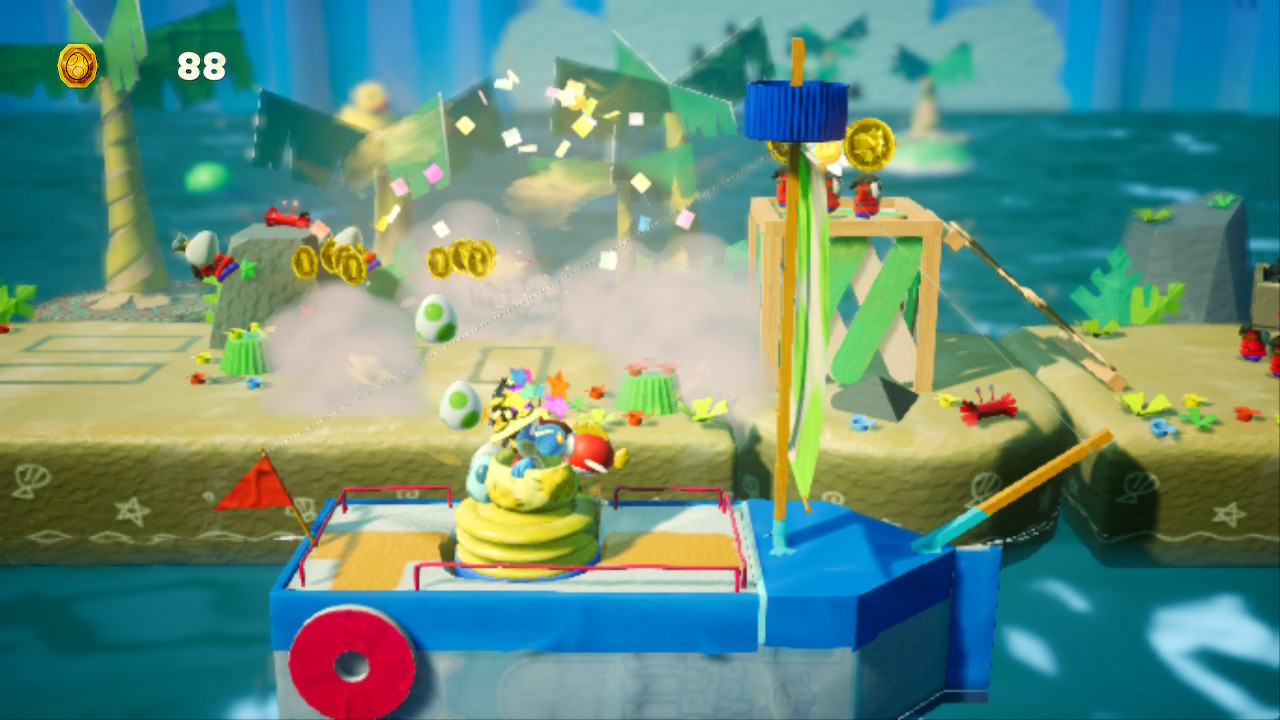 As can be surmised from the screenshots, Yoshi’s Crafted World has adopted a literal handcrafted aesthetic for every aspect of its world, with superbly charming affect. Every level, enemy and background feature looks like it was physically created in a primary-school classroom and digitised into the game for Yoshi to explore. It’s not an entirely new aesthetic design, with games like Little Big Planet also exploring this style to great success, but Yoshi’s Crafted World utilises cinematic framing and fantastic shifts in perspective to deliver a truly impressive visual style that perfectly suits the leisurely gameplay. 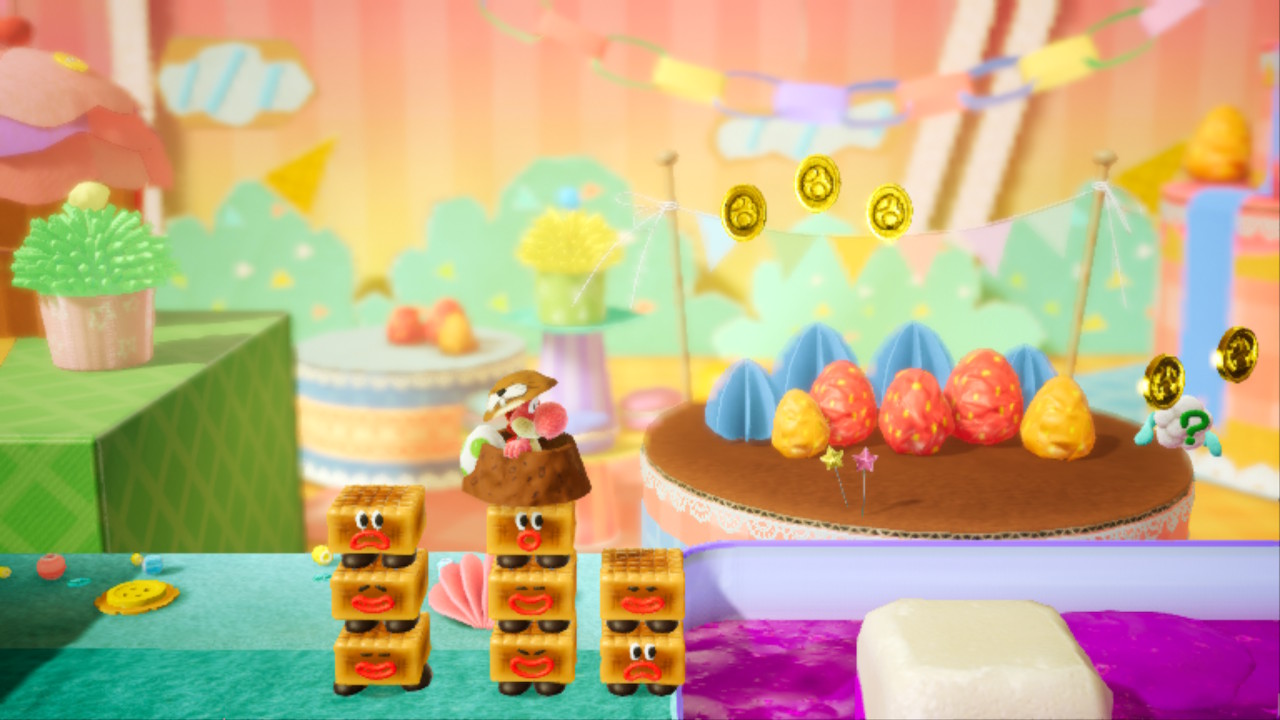 As gorgeous as the visuals are at face value, one of my favourite aspects of Yoshi’s Crafted World is that almost every level can be played in reverse with the camera perspective switched to the opposite side of the level. Yoshi follows the same path through the level in the opposite direction and the camera is now seeing the stage from behind all the features that were previously only seen off in the distance, revealing the sticky tape and pipe cleaners used to piece everything together. Playing the levels in the flip-side offers new challenges and gives great replayability incentive to go back through and find the hidden collectibles that you may have missed the first time. 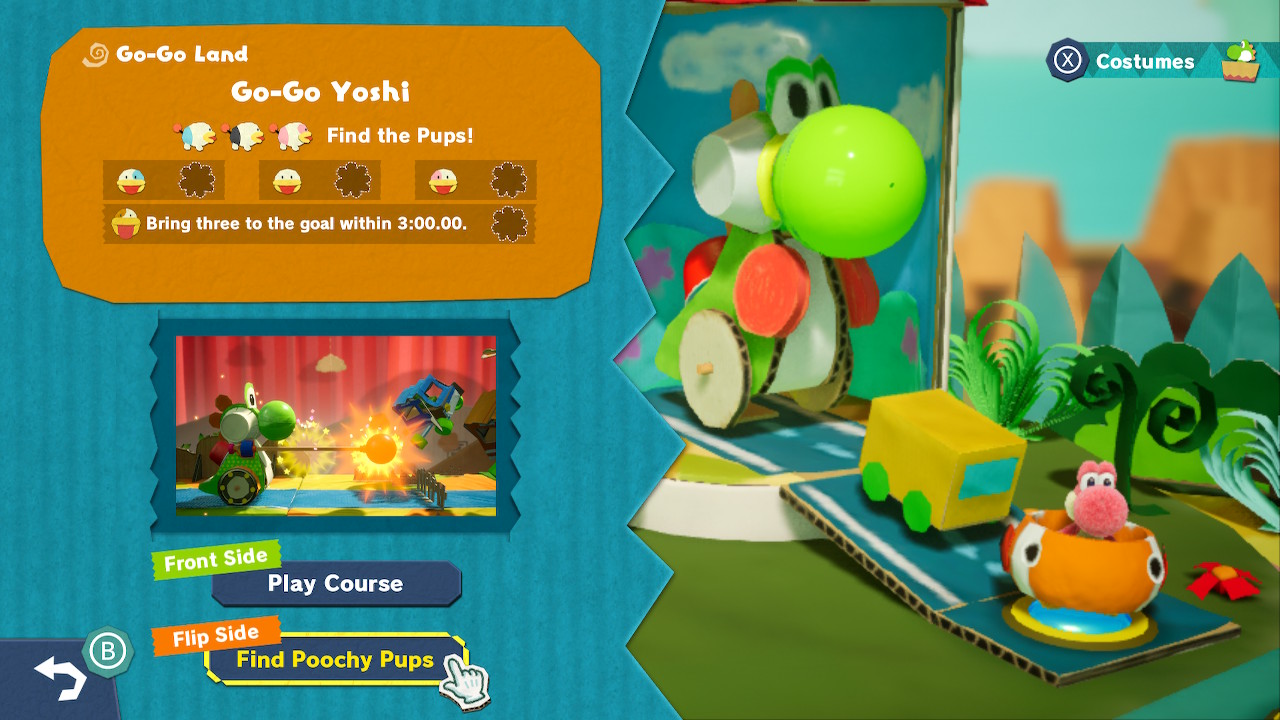 Each level can also be played co-op with a single Joycon or with a variety of different control schemes. There’s also an optional ‘mellow mode’ which gives Yoshi infinite flutter and increased health, which is a very welcome option and makes Yoshi’s Crafted World an excellent co-op experience for younger players or those simply looking for a zen experience. If mellow mode makes things too simple, Yoshi can also equip different adorable costumes collected from capsule machines around the world to grant additional health. 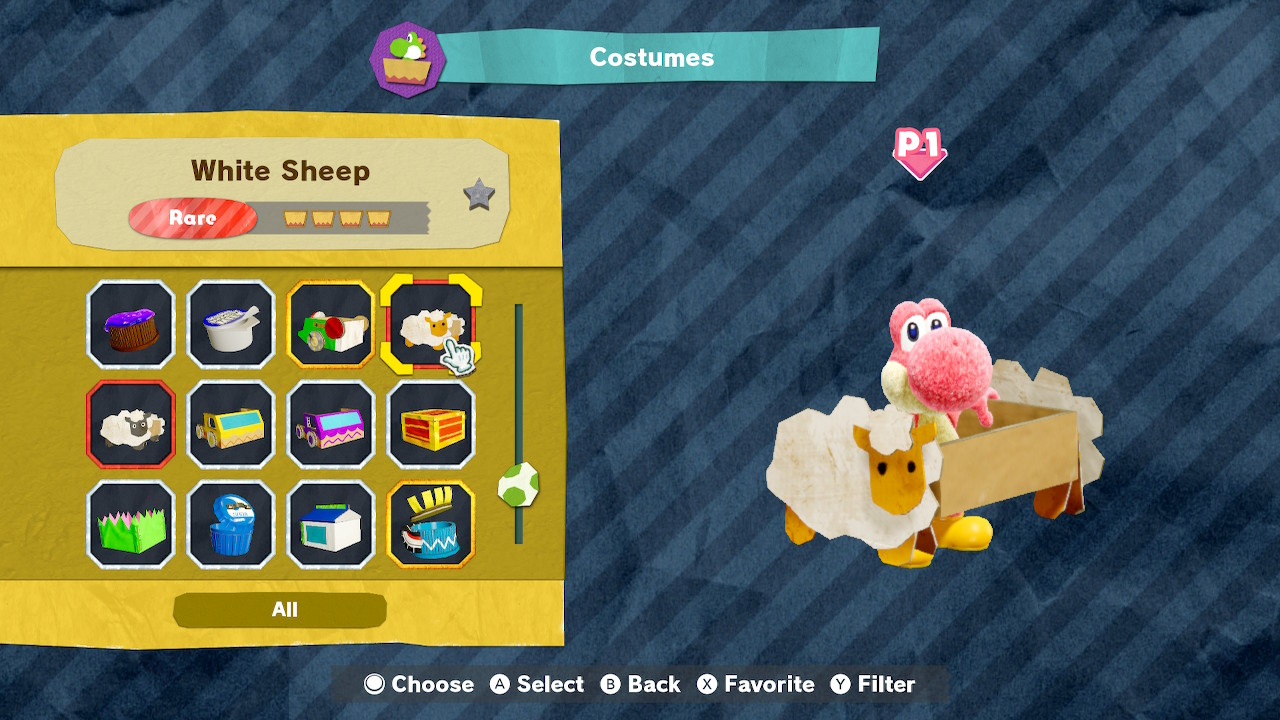 Traditionally, this would be the part of the review where I list out the various minor gripes I have with the game, but really the only disparaging thing about Yoshi’s Crafted World that I could bring up is that some people may consider it to be too easy. I personally don’t consider this to be a knock against the game, as the lower difficulty seems to be a core tenet to the game’s design, which greatly benefits the overall experience. I also have no complaints about the length; it took me around 10 hours to get through every level and I’ll spend at least twice that going back through and collecting everything I missed. 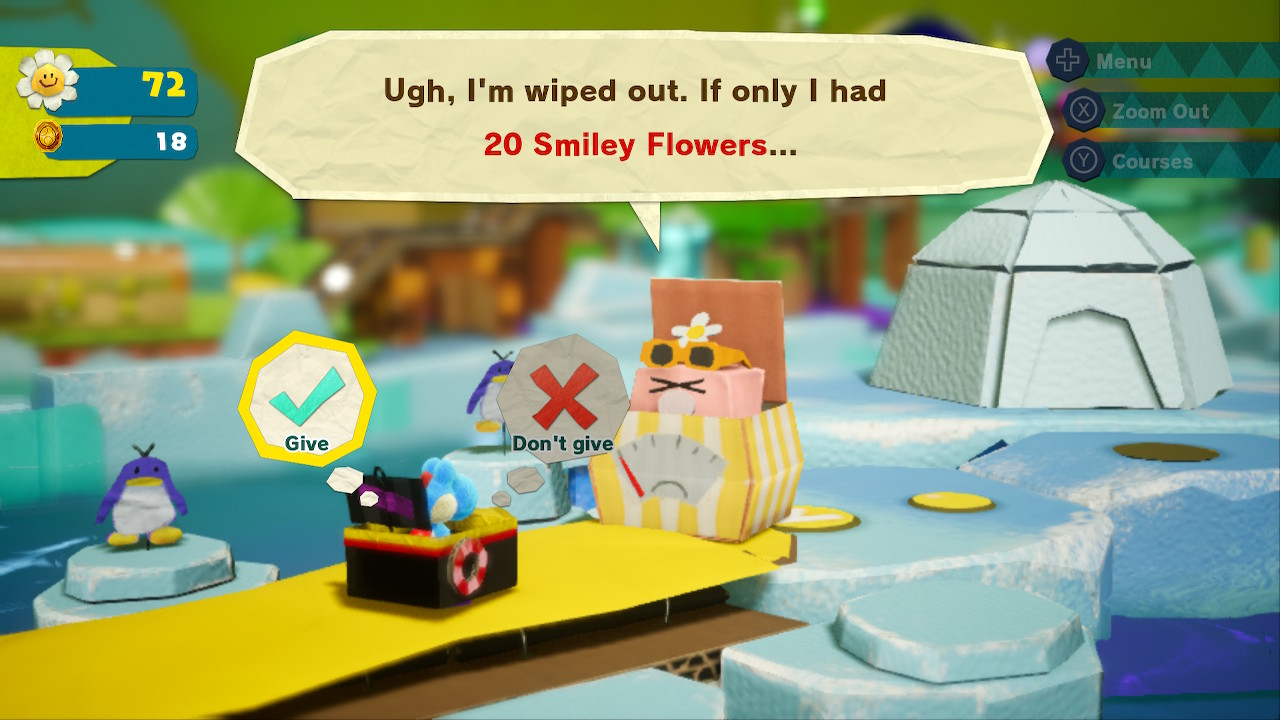 Yoshi’s Crafted World has fully embraced the design ethos of a more relaxed, casual platforming experience and honed these aspects to deliver the most charming and competent Yoshi game the franchise has seen so far. The visual aesthetic stylings look absolutely gorgeous and the impressive variety of gameplay mechanics and thematic elements make the game an absolute joy to play from start to finish. 2D platformer veterans looking for a challenge will likely find the gameplay too simplistic, but for those of us looking for a wholesome, leisurely adventure to play solo or with a friend, Yoshi’s Crafted World will leave you beaming like the Smiley Flowers you’ll be searching high and low to find. 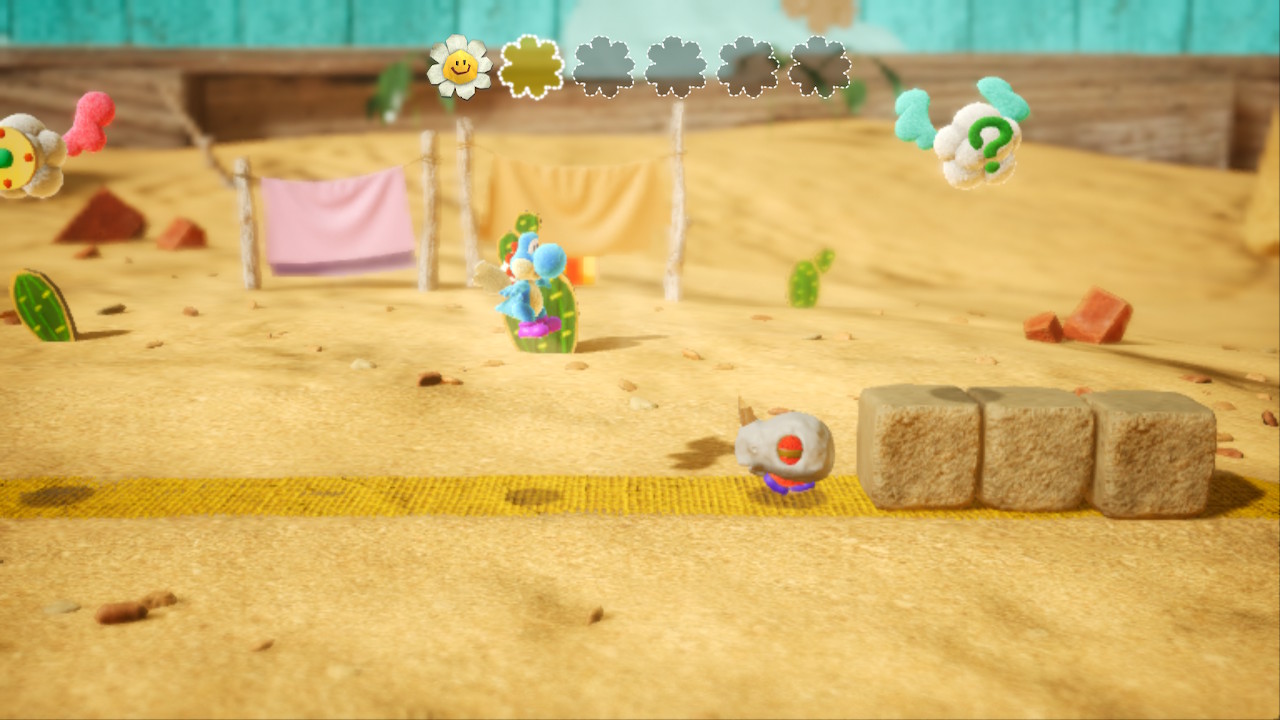 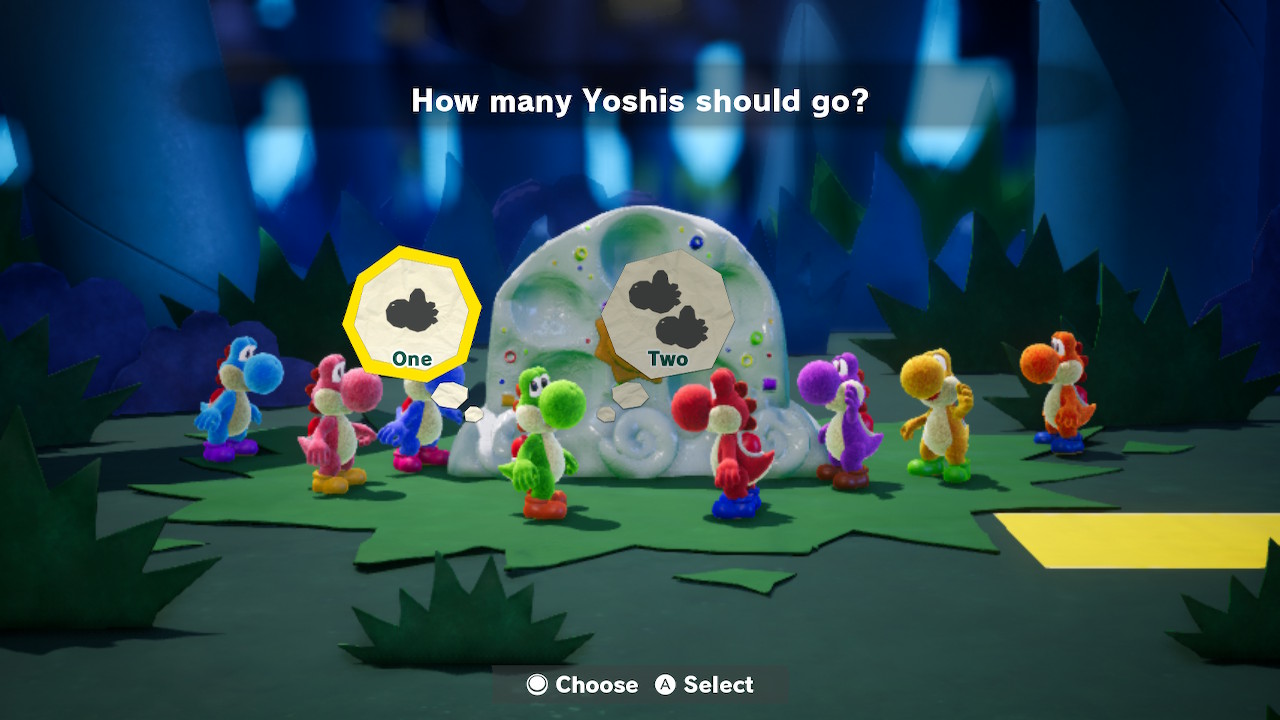