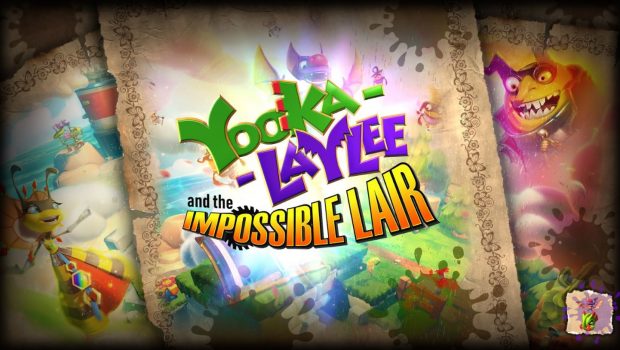 Yooka-Laylee and the Impossible Lair Review

Summary: Yooka-Laylee and the Impossible Lair may have made it into one of the best games of 2019!

While I thoroughly enjoy most video game genres, it’s with the platforming genre that my heart is truly content. I grew up playing platformers, becoming thoroughly addicted to them at a young age, and now well into adulthood, I’ve found that I’ve been unable to shake that love. With that said, the video game industry has shifted away from 2D platformers, turning them into a rarity rather than a commonality. This means that whenever a new 2D platformer comes along, I’m immediately at the front of the queue, waiting for that good stuff to scratch that itch. 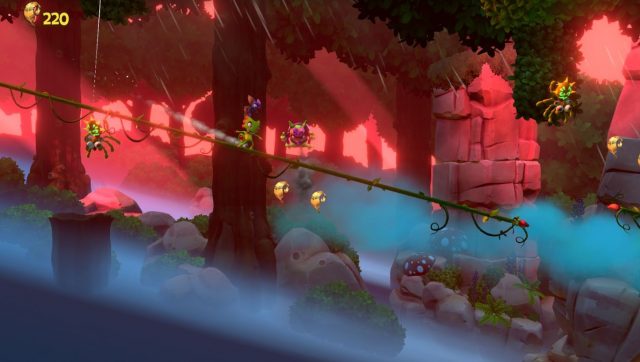 In recent years, I’ve found myself losing endless hours with Guacamelee!, Ori and the Blind Forest, and the pinnacle of modern platformers, the one two punch that is Rayman Origins and Rayman Legends. If I had to answer honestly, Rayman Origins is my favourite game of all time. It’s addictive, it’s joyous, and most importantly, it’s a pure game.

I say all of this as a preamble of letting you know that Yooka-Laylee and the Impossible Lair is simply one of the best modern platformers around. I haven’t felt this much joy from a video game in a long time. This is the sequel to Yooka-Laylee, a game that worked as a honourable homage to the Nintendo-64 3D platformers of the past, and while that game had its charm and positives, it simply didn’t soar in the way many had hoped. Playtonic Games is back with a rejig of the format, transporting the chameleon Yooka, and their bat pal Laylee, into a 2.5D world, where they have to track down Queen Phoebee’s Royal Beetalion so you can tackle the big enemy, Capital B.

Look, platformers aren’t exactly known for their deep stories, and Yooka-Laylee and the Impossible Lair is no different. Each level that you complete concludes with Yooka-Laylee picking up another member of the Beetalion. This is important for you to be able to complete the Impossible Lair, a truly complex and challenging level that pushes every single skill you have to the max. It’s possible to attack this level right away, but you’ll likely die within a minute or two (I’d really like to boast and say I last longer than that, but to be honest, I died straight away, it’s that difficult), so you’ll need to collect up the Beetalion who will work as your protection as you tackle the lair. To give an even deeper understanding of how complex the lair is, there are 48 Beetalion members to collect, and while I’d also like to say that I completed the lair with only a few members in tact, that’s just not the truth. This is the pinnacle of difficult platforming, making the overwhelming and tense chest chases in both modern Rayman games feel like a walk in the park. 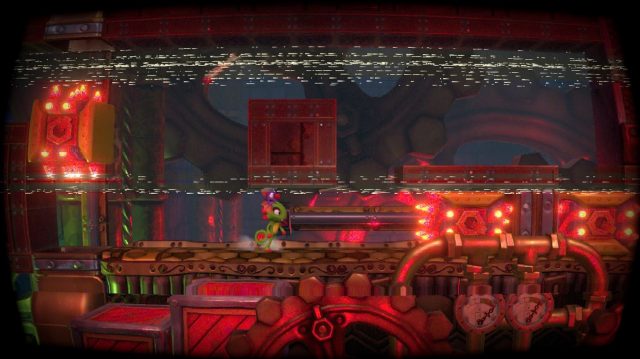 So the final level is a genuine challenge. It’s one that’s worth tackling just so you can get that ‘shout out loud’ feeling when you finally complete it at two in the morning, it’s that good. But what about the rest of the game?

Well, a great final level is only worthwhile completing if the path to it is enjoyable, and gosh, Yooka-Laylee and the Impossible Lair has some of the most entertaining and engaging levels in a platformer ever. First thing you’ll notice is the truly infectious music. It’s peppy, bright, full of joy, and is one of the most earnest and smile inducing video game scores I’ve heard in a long time. I can’t wait to put this on a playlist to listen to alongside the Rayman games soundtracks.

Next, you’ll be astounded by the bright colours and cartoonish character designs. This is easily one of the most varied and colourful games I’ve seen in a while. Every colour of the rainbow is represented here, with every shade in between filling the spaces. I’m so enamored with the visuals of this game that I can’t help but find myself falling into watching playthroughs of the game when I would usually be watching something else. It’s just that much of a visual treat.

And then, there’s the gameplay! Now, I know some critics of platformers would say that all you’re doing is moving your character right across the screen, with the occasional jump button thrown into the mix, and yeah, if you’re going to be that reductive, that’s true. But, the proof is in how the movement and jump feels when you’re playing, and in Yooka-Laylee and the Impossible Lair, it’s perfect. Movement is responsive and exceptionally reactive, and this is made all the more better by seeing the varied and diverse character animations. Yooka’s smile is infectious, you can’t help but grin like a kid on Christmas morning after Santa’s visited. 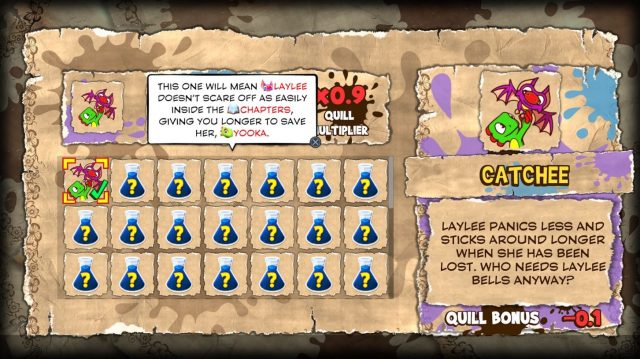 As you progress through each level, you earn coins and feathers that help with level progression. I won’t go into too much detail with this as I feel it’s a mechanic that is worth discovering for yourself. But, I will say this, the various tonics that you get along the way make the gameplay enjoyable and varied, transforming how you play in different ways. One tonic might make enemies more difficult, or another might make levels easier, and others will transform the visuals of the game entirely. Playtonic Games have given so much care and attention to this game, ensuring that there’s never a dull moment to be had, and encouraging you to replay it as much as possible.

There are 20 core levels in the game, with each level having its own variant. Some might change the layout completely with different routes, others might be transformed from being a water level into a frozen level. One things for sure, each level feels unique with barely any overlap at all occurring. 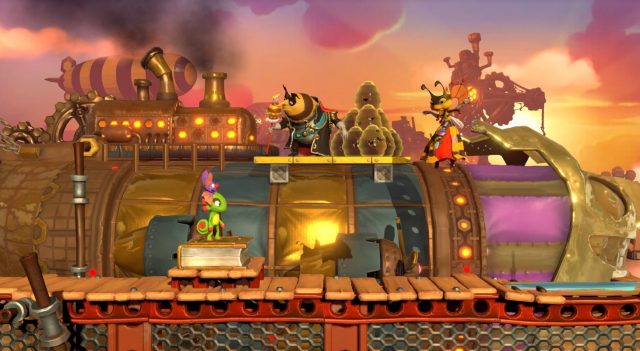 This really is the complete package of a game. Playtonic Games appear to have approached the format with the intention of being 110% entertaining, and they’ve managed to achieve that, plus more.

I know that the year isn’t done yet, and it might be a little early to start naming games the best of the year, but for me, I’m hooked beyond belief to Yooka-Laylee and the Impossible Lair. I adore this game, and can’t shake the feeling that it was made for people just like me: those who grew up with platformers, and want to revisit that joyous nostalgia of running and jumping on perfect level designs. I love this game completely and cannot see anything topping it. 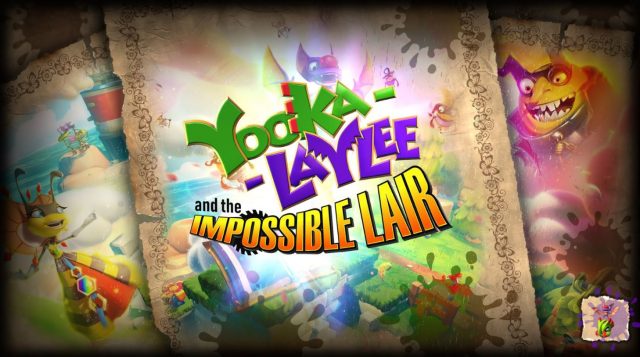