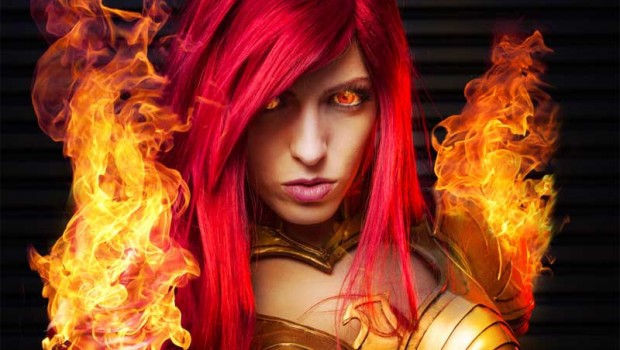 Welcome to Impulse Gamer Yasemin and thanks for giving us some of your time to talk to us. How have you been?

I have been well, thanks! Very busy juggling work, home life and cosplay, but it’s a fun venture.

What does cosplay mean to you and how did you get into it?

These days cosplay has become far more sentimental. I’m not sure if it has anything to do with age and personal changes, but I definitely feel like I’m in a better place. It’s the greatest creative outlet that keeps me learning new skills. I’m hoping to learn how to cast my on props next!

I basically got into to because it was the only thing that seemed inviting at the time. I had next to no friends, I was bullied alot, and had many personal issues that I didn’t understand at the time. In the world of cosplay, there was no judgement. You were welcomed with open arms, and inspired to get out there, meet new friends and become a greater artist.

How many cosplay characters have you become and who has been your favourite so far?

I’ve cosplayed around 30 characters so far. There’s been alot of cosplays I started but never completed or thought it wouldn’t suit me, so I can say around 15 have been failures. I’m in the midst of making a few costumes right now that will push me to the next level.

My favourite has definitely been Katarina. Phoenix and Elizabeth sit pretty close, but Katarina was a real stepping stone. 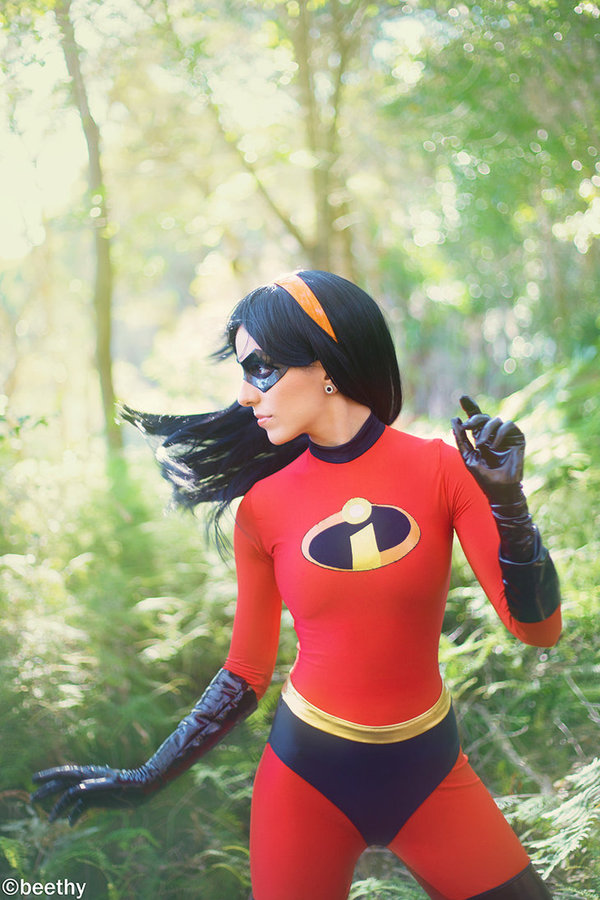 Your costumes can definitely give Hollywood a run for their money, how did you fine tune your costume designing skills?

I was very fortunate to have a talented mother. She’s a seamstress and makes gorgeous wedding gowns. I learnt a few tips from her, but for the most part I picked up skills through trial and error.

In terms of your most difficult costume, how long did it take to make?

Most costumes have been pretty easy or manageable, but I guess my first real challenge would have to be KOS-MOS’ armour bikini. It was my first ever bikini, my first ever armour set, and the first cosplay to motivate me to get in shape. It took me around 2 months to get my body fit and to slowly put the costume together, in which I deformed an old bra and shaped foam around it. But for my first piece, I’m pretty damn proud. 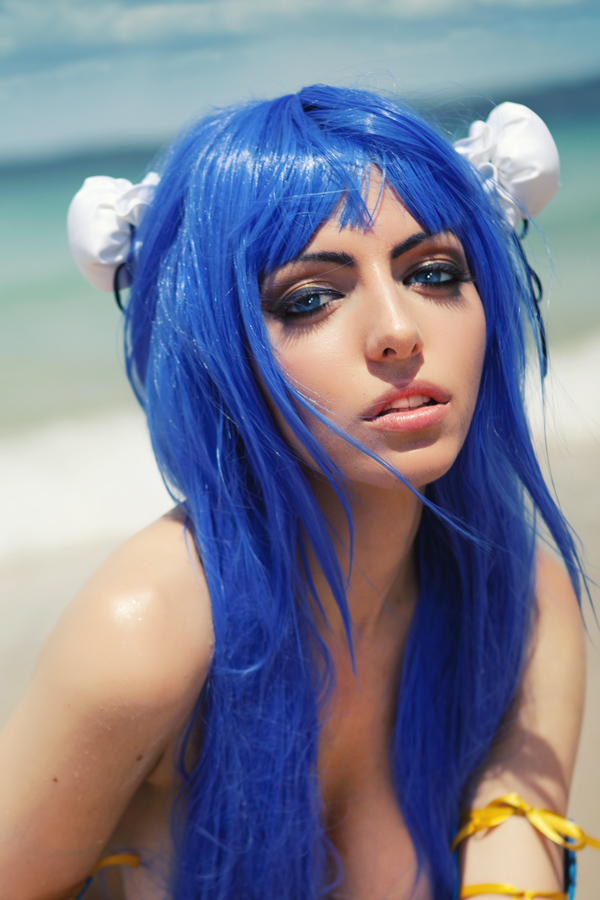 Not at all! I think it cost around $75 to put together, including the wig and all the foam. It is possible to have a budget on any cosplay.

What’s been your best highlight at one of the conventions in Australia?

I think it’s been this year at Sydney Supanova. I was asked to be a judge for the cosplay competition, and I felt a real sense of responsibility. But it was so wonderful getting personal with all the people entering, and alot of people told me how much I inspired them to cosplay. I never thought that many people looked up to me, and I felt so honoured to be there.

Another good thing was the vibe around Supanova this year. Cosplay has evolved into something it never was, and many cosplayers lost their touch with what this hobby was all about. But it felt like people were getting back to their roots and letting bitterness and expectations go. Everyone had a good time. 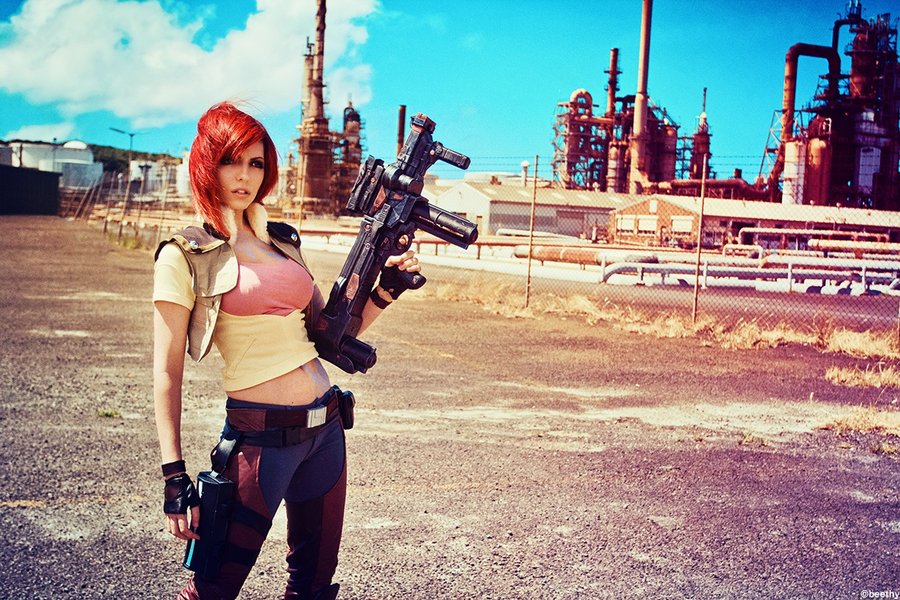 Hmmmmmm…. I can’t necessarily say that there was a horrid moment for me. But to speak in general, the worst thing to happen to cosplay conventions was both mass media attention, and international competitions. Now of course, these outlets have been beneficial for us, but it created rivalry and bullying within the community that never existed. And in this hobby, where it’s meant to bring people of all forms together, that’s unacceptable.

Can you tell us your funniest cosplay anecdote?

I think every time I go out in public in an eccentric cosplay, it’s a funny adventure. ‘Regular’ people really don’t know what to think or say when they see a cosplayer roaming free in the streets, so watching them react to you is an adventure on its’ own.

We’ve also heard you’re gamer, what are you playing at the moment?

At the moment I’m actually going back and playing all the Halo games. But I’m often playing Planetside 2 and Goat Simulator.

What are you looking forward to (gamewise) in 2014? 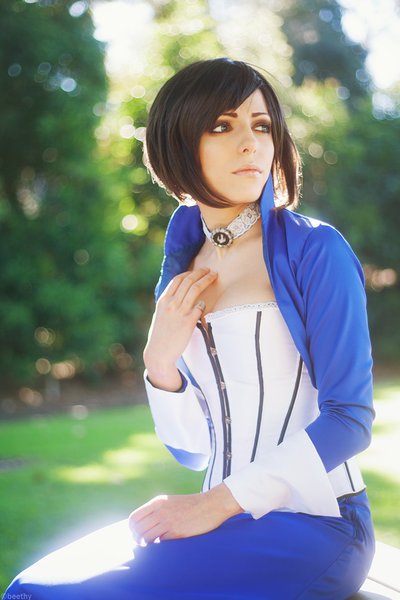 Did you enjoy playing Elizabeth from Bioshock?

Absolutely. I loved her as a character so I just had to make the costume. I’d love to take more photos of her real soon!

Do you have any plans to make any more gaming costumes?

Indeed. I’m currently making Sarah Palmer from Halo and Zelda from Hyrule Warriors. And much more will be on the way.

In terms of comics, what are you reading at the moment and which characters inspire you?

Right now I’m reading Watchmen and the New 52 of The Flash, who right now is my favourite comic character. After watching Flashpoint Paradox, I really fell in love with Barry. His drive to be the best he can be is wonderful. 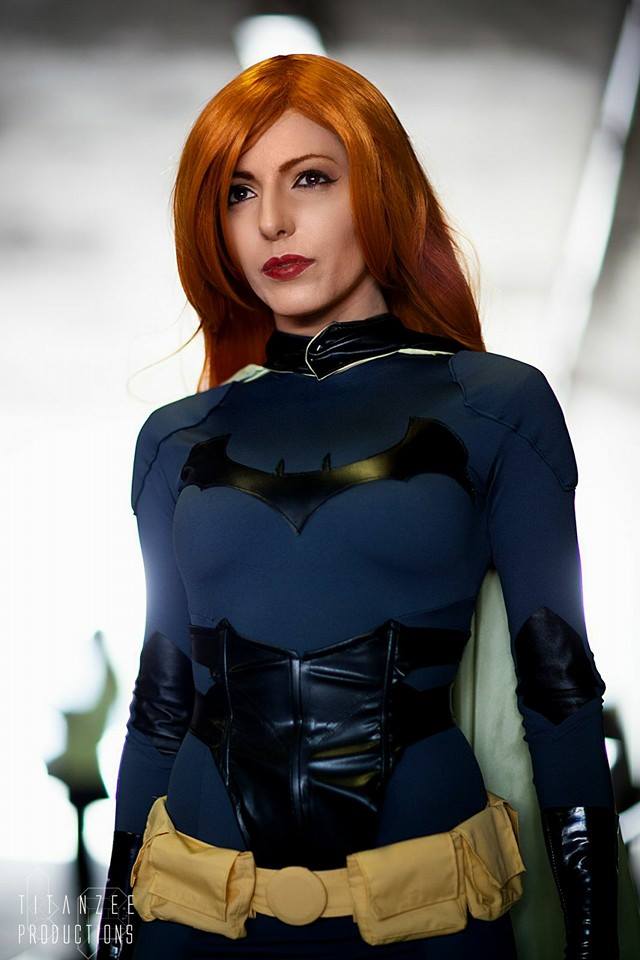 Thankyou! Batgirl was pretty easy as I’ve been watching Young Justice, and really loved the design of her outfit. Unfortunately I didn’t get a chance to finish the mask, but it was nice wearing her around the con.

Phoenix was inspired by Yaya Han, who did this amazing cosplay of her recently. My highlight was when Yaya told me she loved my costume. Many fangirl screams were had.

Who would be your dream comic character to cosplay and why?

A Vanu Infiltrator or MAX unit from Planetside 2. I freaking love this game and the complexity of the designs.

Many blood, sweat and tears! I’ll be at all the Sydney conventions, and I’ll be at PAX hosting a panel or two [hopefully]! There may be other little exciting adventures in-between but they’re unconfirmed as yet.

Where can fans see more of your work?

Thanks for your time Yasemin