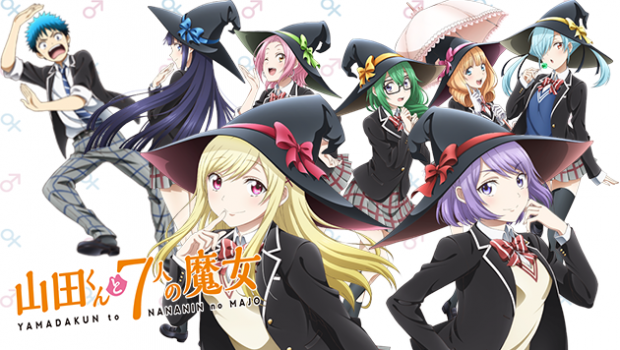 Summary: An underlined heart warming story, dotted with some comedy and a lot of kissing!

Ryuu Yamada, a misunderstood delinquent with a good heart, goes to Suzaku Highschool, where no one would know of his violent reputation, to try and turn over a new leaf. To lead a productive school life and to show everyone he’s not so bad. However, he soon finds himself surrounded by people with completely different interests to his own, this leads him to boredom and subsequently; in his second year, he returns to his old ways. Always getting into fights and getting terrible grades.

One afternoon, on return from yet another trip to the office, he encounters Urara Shiraishi. A gorgeous, honor student. A misstep on the staircase, results in a tumble that ends in an accidental kiss and the pair somehow switch bodies. Thus the pair find out about a legend where seven girls; witches, all have their own unique power and Yamada has the ability to copy their powers. With student council member and president candidate, Toranosuke Miyamura and eccentric, supernatural enthusiast Miyabi Itou in tow, the group reforms the Supernatural Studies club to unravel the mystery of the seven witches. And have a crazy fun time along the way! 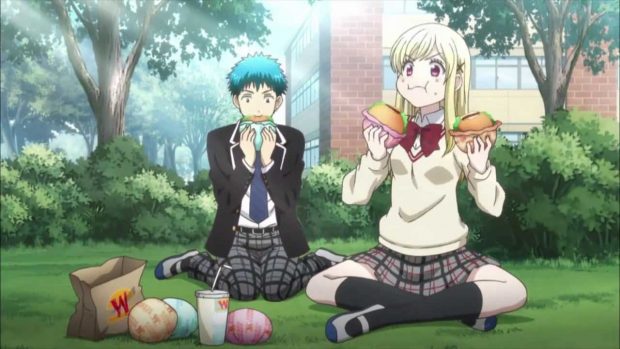 I’ll start by saying the series won’t be for everyone, there’s plenty of fanservice in this anime, not as much as most in this type of field but it’s there. So if you’re not into fanservice, I’d probably skip this one. That said, it doesn’t discriminate! The fanservice gives a little to both guys and gals! *Ahem* But I digress, beneath the fanservice is a rather good anime. It’s a bit of slice of life, with a touch of mystery.

As stated above, Yamada is a misunderstood delinquent. A chance encounter with the beautiful Shiraishi leads to them discovering her powers as a witch, they use this to get him some better grades, all while reforming the Supernatural Studies club to find the other witches. Each episode is another step in this direction and without spoiling too much, the characters all have significant growth throughout the series. Each witch has her own reason for wishing for the powers they have and subsequently their own desire to rid themselves of it too.

I will say it does come off a little rushed in the middle stages of the series when several of the final witches are found in short succession. This does mar some of the potential these last characters had to explore themselves a little bit, but it doesn’t break the series. Towards the end of the show it takes a rather deep, somewhat depressing turn, but Yamada’s stubbornness and determination saves the day. It does come off a little cliche, however the execution is done well and you can finally see all the growth for each character come to fruition. 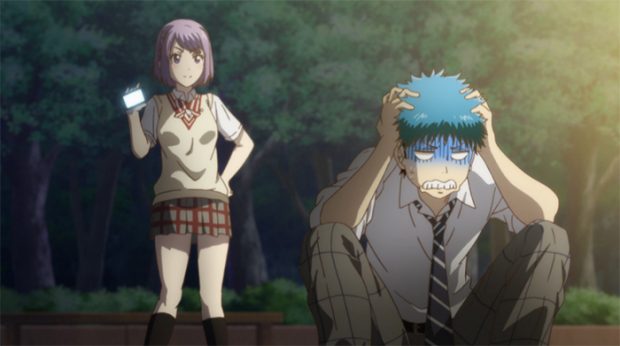 The art style wasn’t one that jumped out at me. I’m not used to softer tones, lines and bolder colours so I was a little thrown off initially. However the style really works, animation is flawless, characters have gorgeous detail in their eyes. Soft outlines give a much easier look to the art, this blends in well as the background art is amazing and because of those softer lines, the background isn’t overshadowed by the characters in the foreground.

Animation is fluid, from the wind flowing through trees and hair. To character movement in scenes. All of it is done impeccably well. They went into real effort to make the school stand out as much as each of the characters. I haven’t seen the difference compared to standard definition, but even among blu ray anime, this is by far one of the best.

This is probably the series only real downfall. I watched the english voice cast and I wasn’t super impressed. They gave a lot of effort to be sure and this might be my Sub over Dub talking. But something about it just didn’t sit super well with me. The opening and ending songs are both catchy and fun, so some points are won back there. But there isn’t a whole lot of ambient noise, so there’s not much I can comment on about that. It’s just kinda there.

The audio on a whole isn’t bad, not by a long shot. Everything you expect in anime is there; ambient sounds, over the top voice acting, background music. They’re all just sort of, missing some crucial element. Maybe the audio is better in Japanese, I’ll have to have to rewatch it for that. 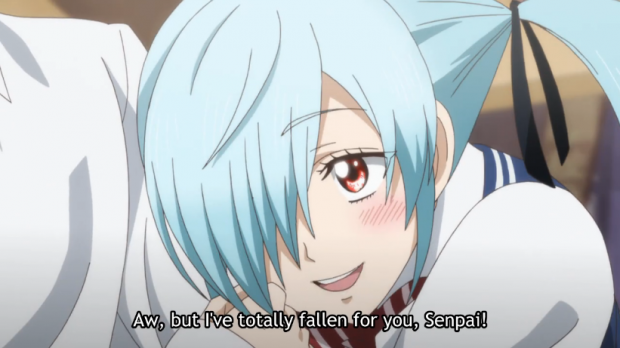 I thoroughly enjoyed the series despite it missing a certain charm. The stories of each character, while a little cliche are driven home well and you definitely get the feels throughout. The conclusion is a little abrupt but will definitely put a smile on your face. There was only textless opening and ending songs and trailer as special features, so as far as that goes, I’ve seen way better. But these are the extras one comes to expect from anime so I’m still glad they’re included.

If you can wade through the initial fanservice. And I truly hope you can. You’ll find a wonderfully entertaining, beautifully drawn anime that is well worth a watch. Even if it does feel a little short. I can’t say about the comparison with its own standard editions, but it does sit among the best blu ray editions. Based on that alone I’d recommend picking it up if you can. 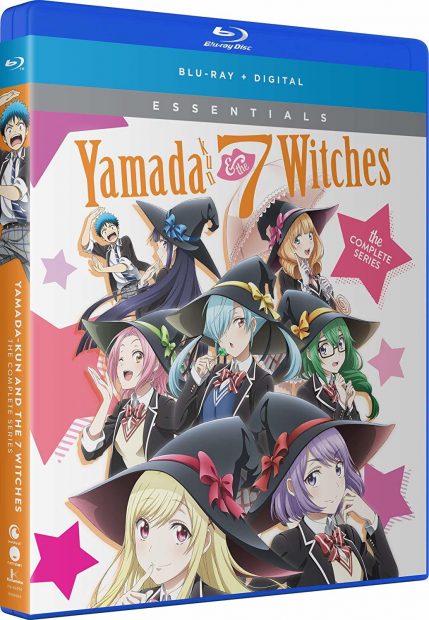