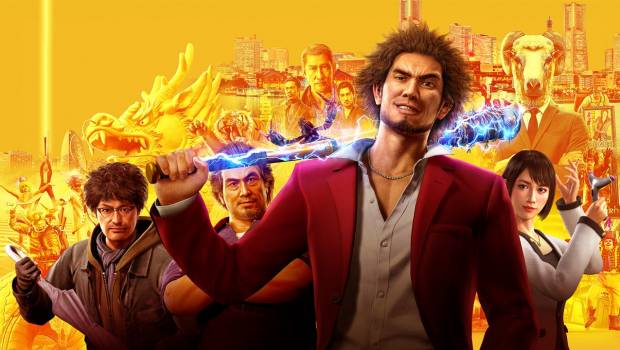 Summary: Yakuza: Like A Dragon is an impressive new addition to the series with stunning visuals, interesting characters, and an incredibly engaging story. However, the newly introduced gameplay mechanics hold the game back with several balancing issues.

Though we’ve had a fair amount of re-releases and even a spectacular spin-off, it’s been a while since we’ve had a mainline Yakuza game. That is, until now as Yakuza: Like A Dragon seeks to redefine the series with an all-new protagonist, cast of characters, and gameplay mechanics.

Yakuza: Like A Dragon is the most modern Yakuza title thus far as it takes place in 2019 Yokohama and follows our brand new protagonist Ichiban Kasuga, an orphan who’s abandoned and raised in a Soapland and joins the Yakuza at a young age. Due to some unfortunate circumstances, he’s left to pay for someone else’s crime in his clan and is sent to prison. Eighteen years later, Ichiban gets out to see a much different world than he left it. 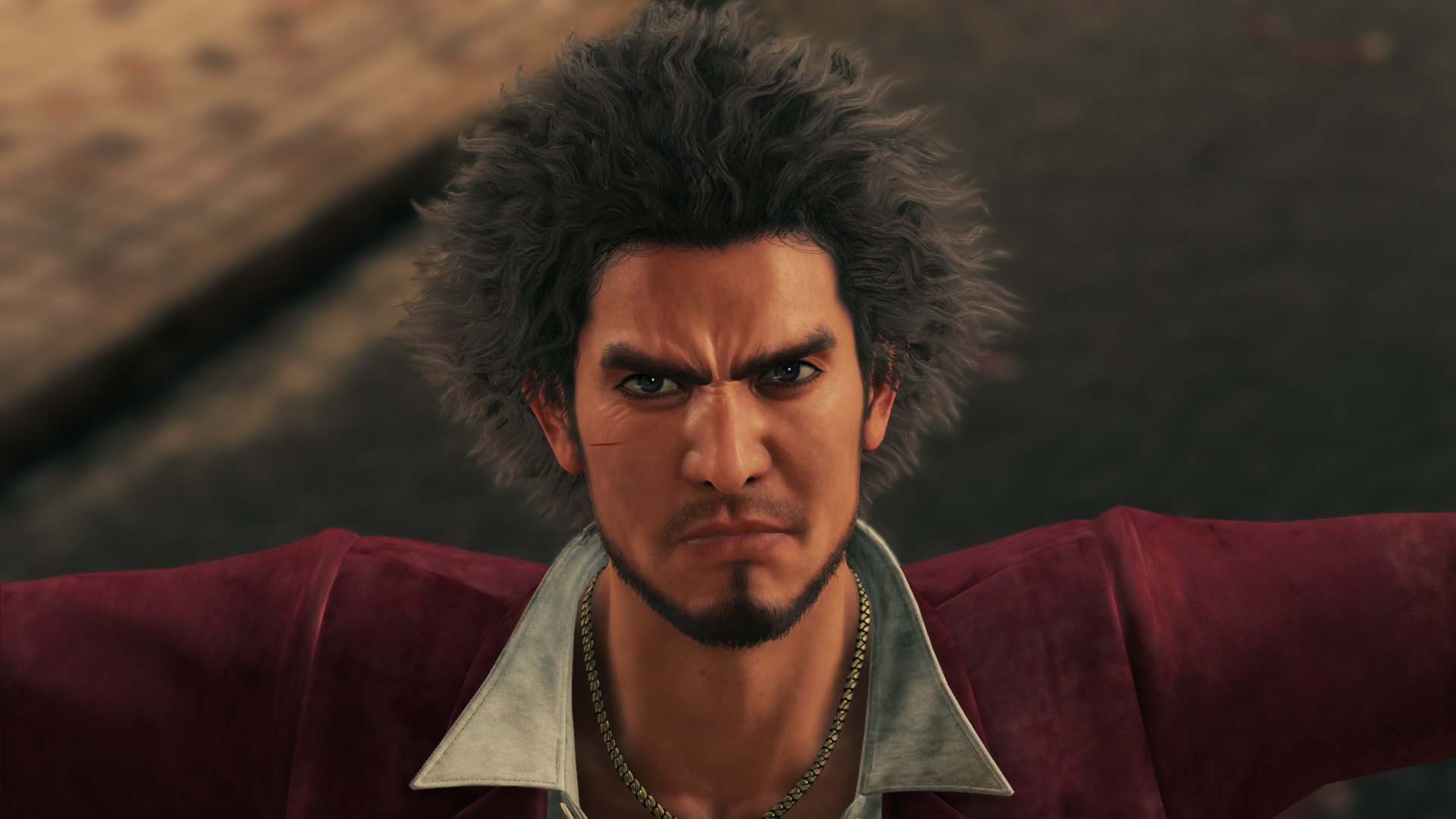 He then manages to track down his Clan Patriarch, only for him to be shot, abandoned, and left for dead by the very same man he was loyal to. Luckily after many struggles, Ichiban is able to quickly get back on his feet by meeting several new people who join his party as they go on wild adventures, take on jobs, and help people.

The first thing I noticed about Like A Dragon is how unique and grounded the story felt compared to the other mainline titles. Fellow seasoned Yakuza players are well versed with its bizarre, dramatic, and over the top plotlines as natural for a videogame based on a Japanese crime syndicate. However, Yakuza: Like A Dragon felt very different, an aspect that’s even more emphasized with its peculiar opening I won’t spoil before cutting to our protagonist. Speaking of Ichiban, he is almost completely different from Kiryu. He is more cheerful, friendly, kind-hearted, and optimistic while still having a wild side. However, he can also be quite dull and foolishly loyal, a trait that causes more harm than good. Like A Dragon gives the player an opportunity to play through Ichiban’s story as he tries to reverse the terrible hand he’s been dealt in life, which is an aspect of the game that I truly enjoyed.

Another aspect of the game I enjoyed is its impeccable graphics. The Dragon Engine is already a well-known beast graphically, but Yakuza: Like A Dragon takes the cake with its overhauled visuals, amazing reflections and lightning, and highly detailed character designs. Wandering the streets of Yokohama is quite an enjoyable experience and one that takes slightly longer compared to prior titles due to its noticeably larger map.

Gameplay-wise, many reading this review may already know that Yakuza: Like A Dragon has completely different gameplay mechanics from previous titles and is now a full-blown turn-based JRPG (like Dragon Quest, as Ichiban would put it). At first, playing a Yakuza game with turn-based mechanics felt incredibly jarring, especially in the earlier parts of the game, where a simple push of a button can take out your opponent. However, as you progress through the game and rank up, more enemies of different varieties appear as you gain more skills making the gameplay more engaging and fleshed out.

Aside from that, the other noticeable change is the introduction of the MP bar, which has replaced the Heat bar and is what you’ll use to perform different skills in battle, just like in most JRPGs. And just like in other turn-based JRPGs, players can attack, guard, use items, weapons, and special skills in the game. Like former Yakuza tiles, players can also use accessories to increase their stats. These stats can also be increased by drinking and eating several food items, some of which also serve as buffs. 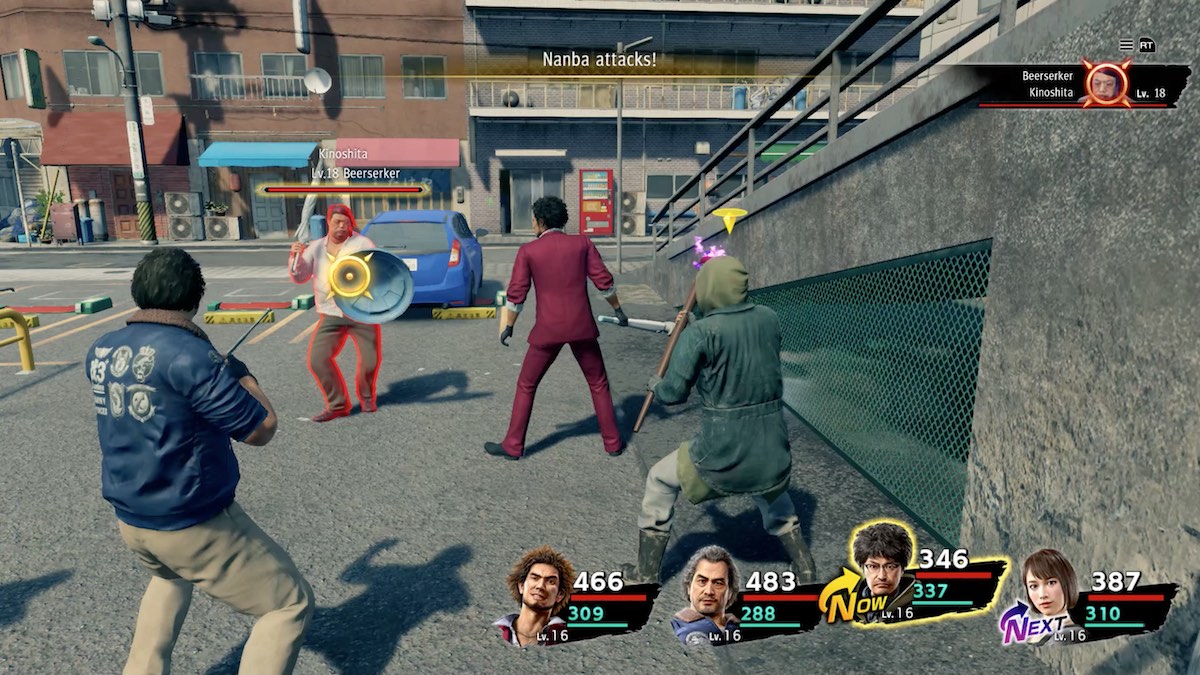 Ranking up has also been incredibly simplified. As you fight several battles, you’ll continue to rank up, which increases your stats. However, you’ll eventually have to switch classes, which come in the form of jobs in the game. The problem with this system is that switching jobs also means switching equipment, which can be very expensive, especially as earning large amounts of money can be rather difficult in this game.

Other than that, I also had difficulties with the enemy tracking as attacks would frequently be interrupted by objects in front of the enemy. Combat can also get quite tedious near the latter half of the game with absurd difficulty spikes, seen especially during boss battles. It seems the new turn-based mechanics, while a fresh change of pace for the series, has many things to work out.

When not fighting a small army of hoodlums, players can also engage themselves with the several mini-games the game has to offer. While several of the mini-games return from previous titles, such as Karaoke, Arcade Games, and Darts, Like A Dragon also introduces new mini-games such as vocational quizzes, Go-Karting, and a section of the game even features a ridiculous bike riding, can collecting, mini-game. These mini-games succeed in proving the game is just as entertaining if not more so than previous titles. 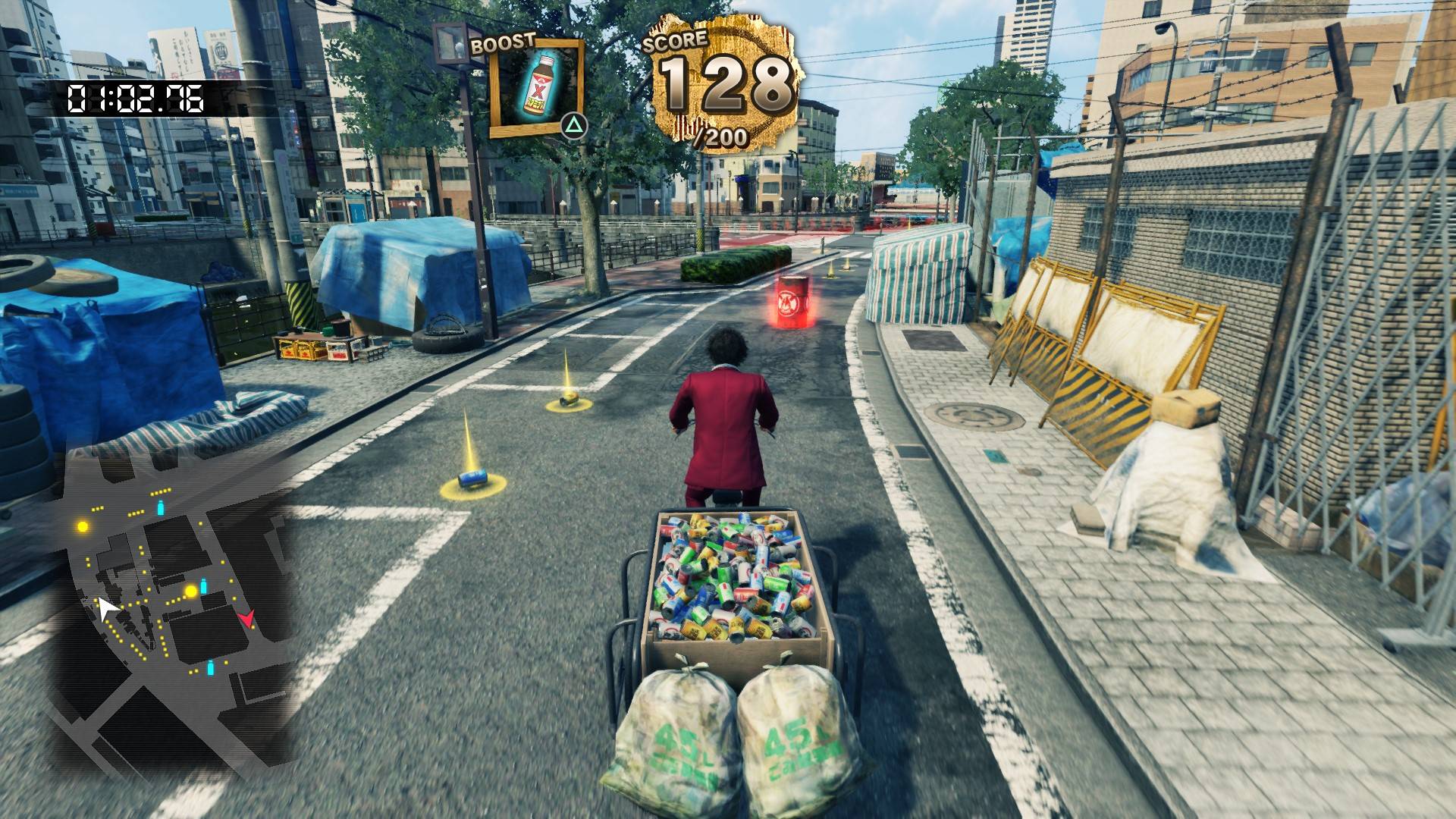 Overall, I can confidently say Yakuza: Like A Dragon is an impressive new addition to the series with stunning visuals, interesting characters, and an incredibly engaging story. However, the newly introduced gameplay mechanics hold the game back with several balancing issues, and coupled with its vastly different elements, it might be a tough sell for longtime fans of the series.