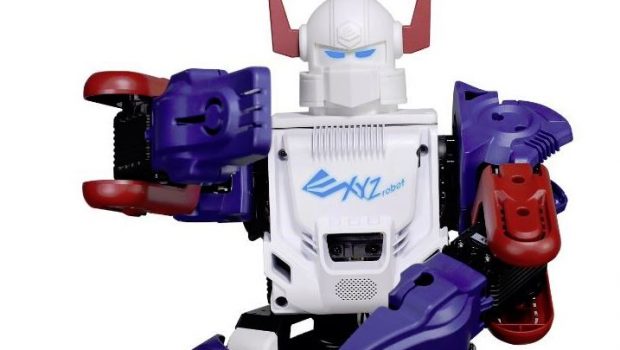 XYZrobots are for anyone who has an interest in robotics. Equipped with two RGB LED arrays for displaying information, a buzzer for audible feedback, and a Bluetooth module for direct communication, these robots excel at engaging its users and interacting with other devices. Immerse in the thrills of DIY by assembling the myriad of sensors it comes with to fully achieve environmental awareness: accelerometers to detect g-forces, notifying the robot if it has fallen, and infrared sensors to measure distances from objects to avoid collisions. With a staggering 18 Smart servos, offering 18 degrees of freedom, all accessible with an intuitive API, users can easily control or adjust the robot’s movements however they want and save their custom made sequences for future use: make your robot move as you want.

The possibilities are endless. Some of the key features include:

“STEM curriculum focused on programming and coding in schools is growing rapidly with the government promoting computational language as a key component to skills for the future. The ability to assemble Bolide, 3D print additional parts and program movements makes it the perfect aid for teaching programming whilst encouraging creativity and abstract thinking in the classroom.” said Andrew McGregor, XYZ Product manager at MMT, XYZprinting’s Australian distributor.

Professionals and educators can see Bolide the robot on display with XYZprinting 3D printers during May at:

Bolide ships in two packages, completely assembled or in a DIY package for makers and education.