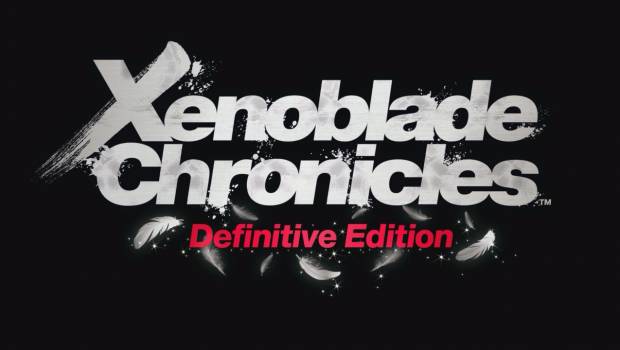 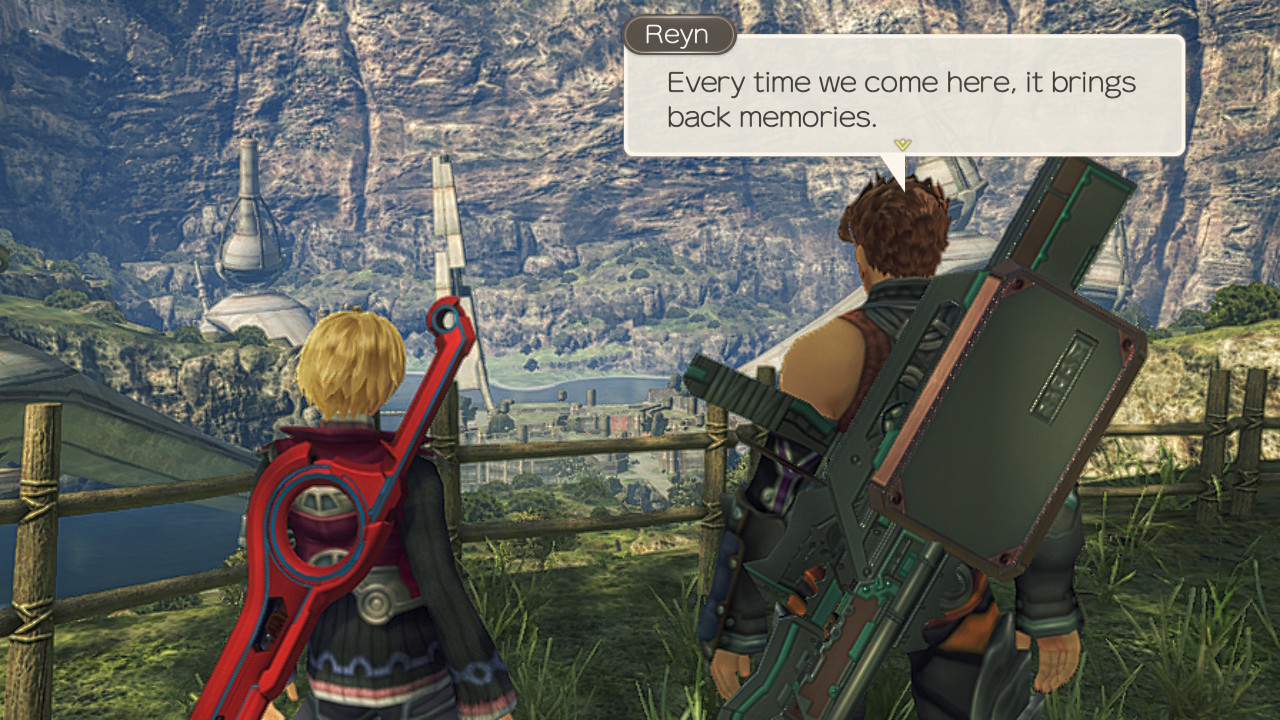 Even if you’re not a fan of JRPG’s there’s a good chance that you’ve heard of Xenoblade Chronicles, or the Xeno saga – after all, there’s over a dozen different titles sporting the ‘Xeno’ moniker. There’s a long, detailed history to the Xeno franchise, but the short version is that the Xeno games are revered JRPG’s created by legendary game developer Tetsuya Takahashi and are all unique with no direct narrative or universe connections between games. 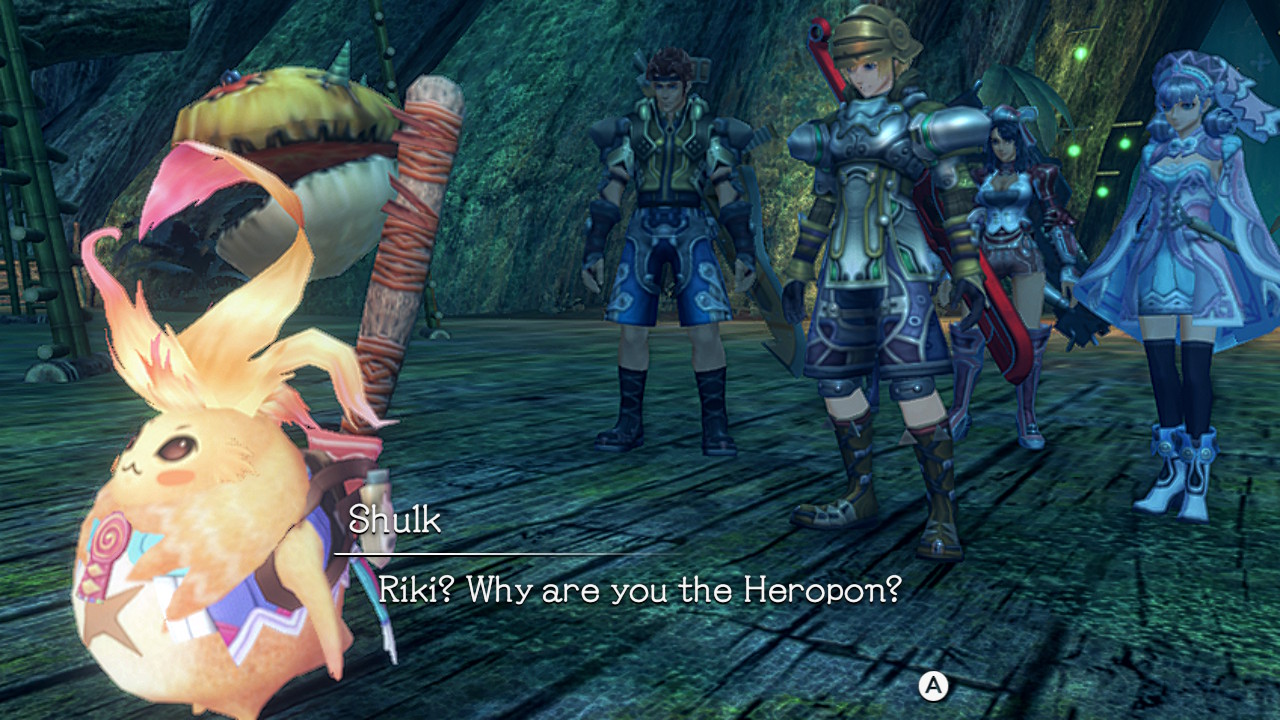 Xenoblade Chronicles was the first game developed by Tetsuya Takahashi after he left Square (developers of the Final Fantasy series) to form his own studio, Monolith, and was developed exclusively for the Wii. The game was extremely well regarded (check out our original review here) and gave rise to the franchise that has remained exclusive to Nintendo platforms ever since. 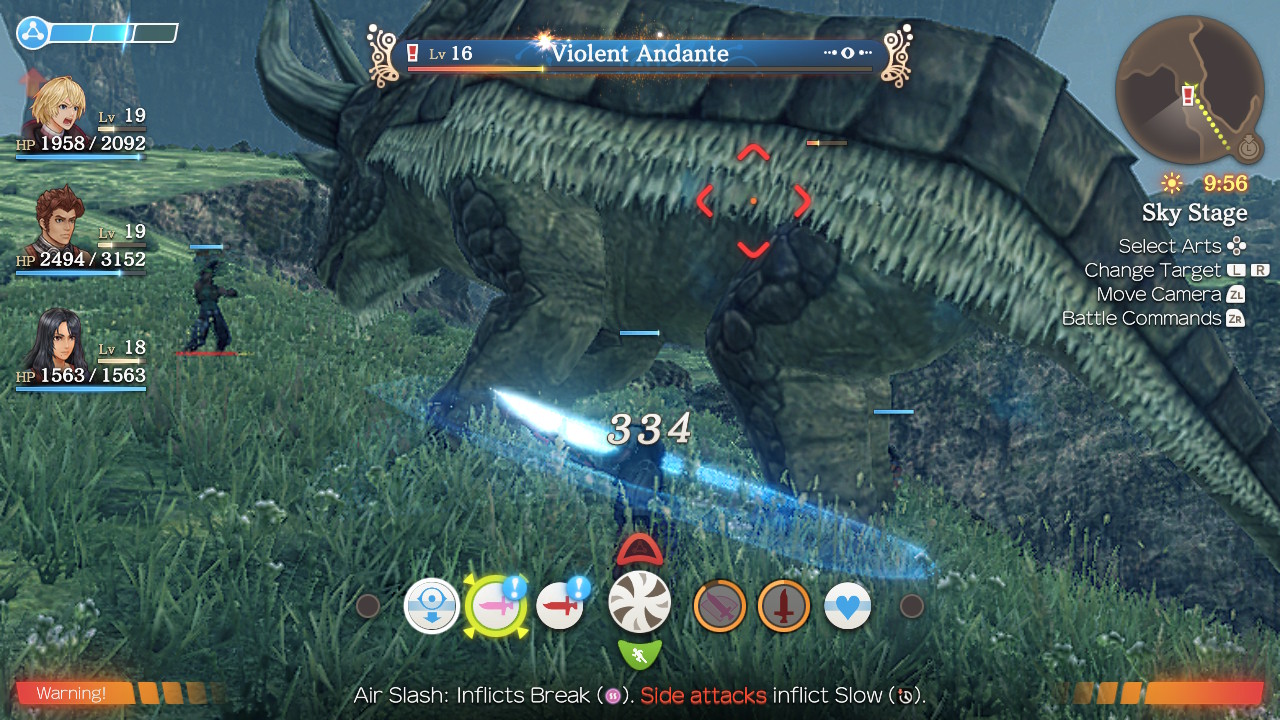 Okay that’s enough of a history lesson, let’s dig into the game. Xenoblade Chronicles: Definitive Edition is a remastered version of the original game with a bunch of enhancements to the visuals, music, UI and gameplay. Almost every facet of the game has been touched up in some way to make it look and feel like a modern release. In fact, the enhancements are so impressive that I was gobsmacked when I realised the original Xenoblade Chronicles came out in 2010 – the game holds up incredibly well and the enhancements simply make it more palatable for modern gaming standards. 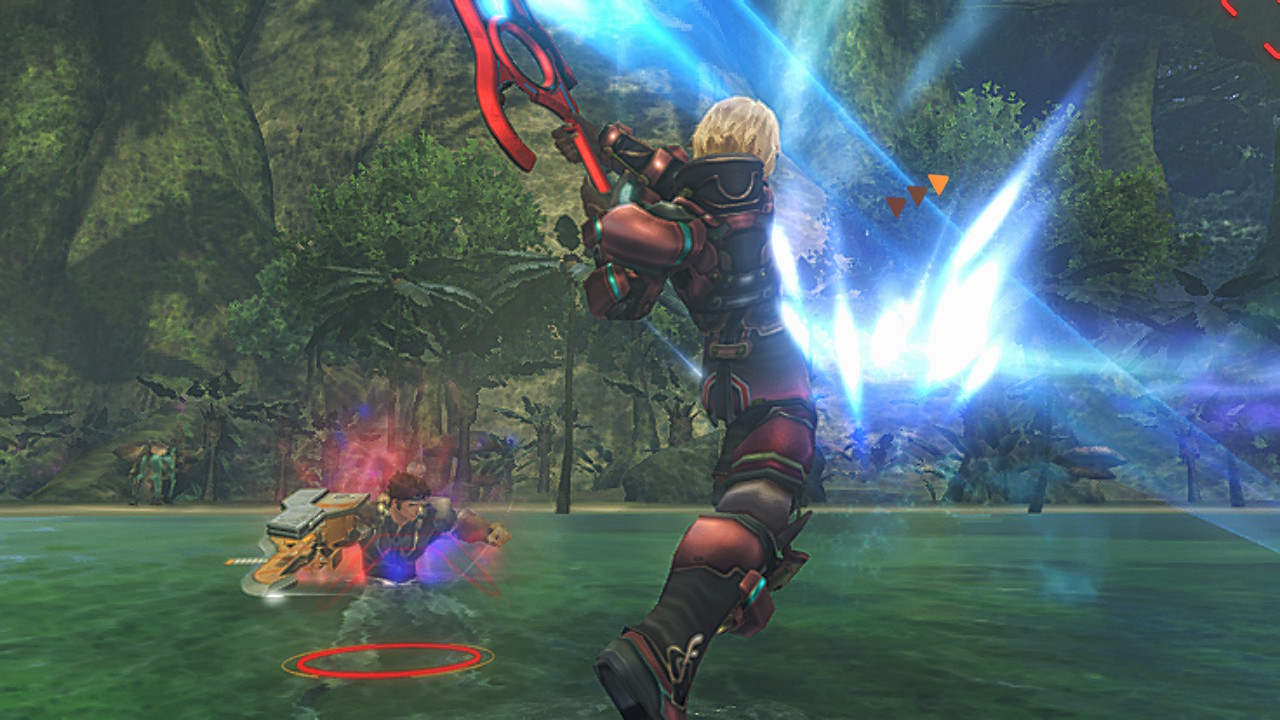 It’s a flaw of mine that whenever I’m writing a review, the discussion of the audio and music usually gets relegated to a half paragraph tucked away towards the end for whatever reason – but  to do so for this review would be outrageous. Xenoblade Chronicles: Definitive Edition features over 90 remastered tracks from one of the best OST’s in gaming history. The new tracks have greater clarity and power, which makes exploring the various Bionis limbs that much more exciting. Unfortunately (or rather, fortunately for some) the astoundingly terrible english voice acting remains as twee and bizarre as ever, but the Japanese voice pack is in there too if you’d prefer that option. 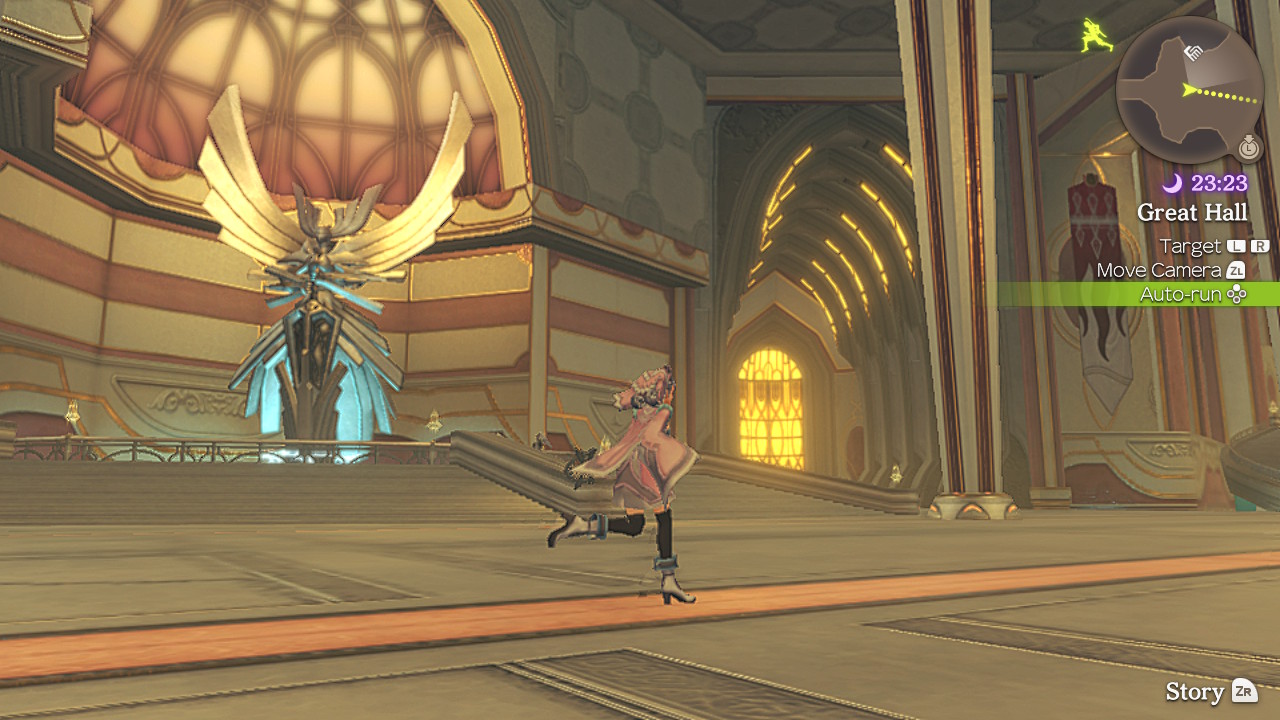 As for the visuals, Xenoblade Chronicles: Definitive Edition has received some fancy new enhancement to the textures and character models, as well as a complete overhaul to the UI and menu system. The textures have received a visual touch up to make them look more in-line with the aesthetic style of Xenoblade Chronicles 2, which brings new life to the huge open spaces and gives a more cartoonish, cel-shaded style to the characters to make them look more expressive and frankly, cooler. The visual upgrade wasn’t immediately apparent upon first glance as things mostly looked the way I remember them looking on the original Wii version, but when I went back to check out older gameplay clips and screenshots from the original game, the difference the visual enhancements make in the Definitive Edition is quite astounding. 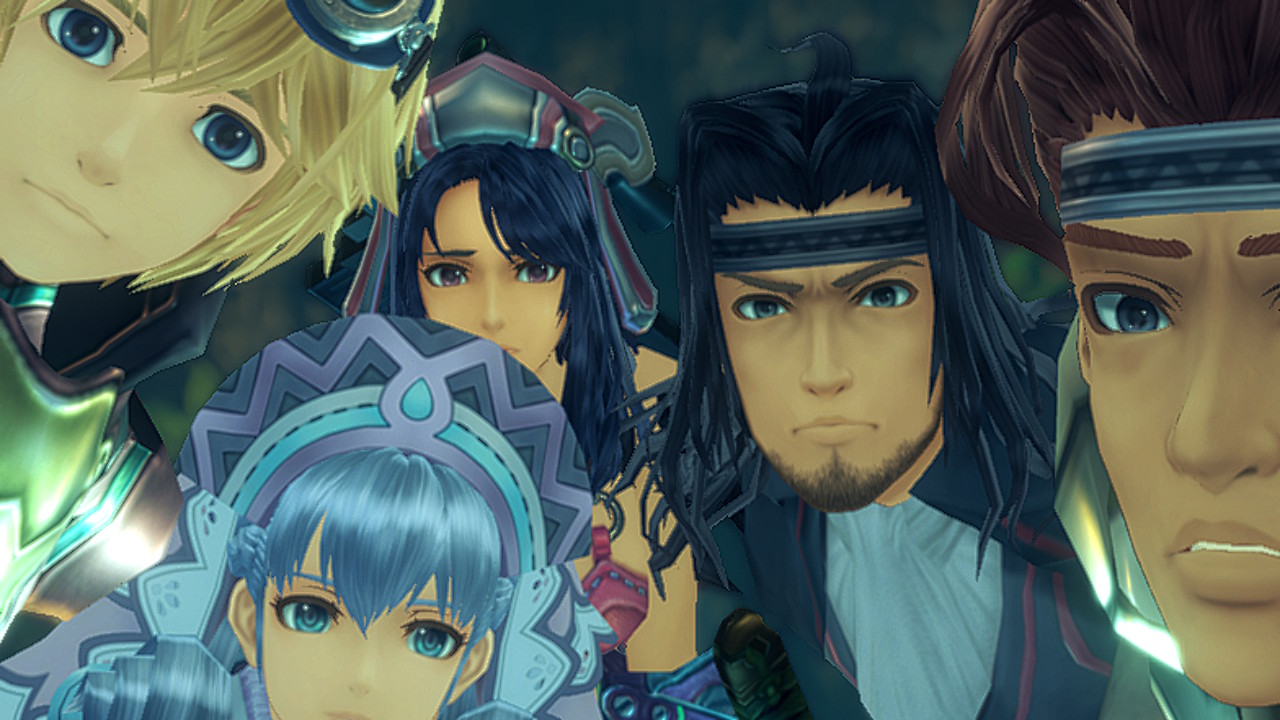 The same can be said for the revamping of the menu system in Xenoblade Chronicles: Definitive Edition. Anyone that played the original game will testify as to how obtuse and frustrating it was to navigate  all those layers of menus. Exacerbating the issue was the huge array of different systems covering character relationships, skills, equipment and crafting – all of which had multiple different aspects that could be inspected and tweaked. Thankfully, a lot of this obtuse menu navigation has been streamlined to make managing these systems much simpler and easier to use. That’s not to say that you’ll fully understand every little nuance of all these complex systems, it’s just much easier to navigate and manage now. 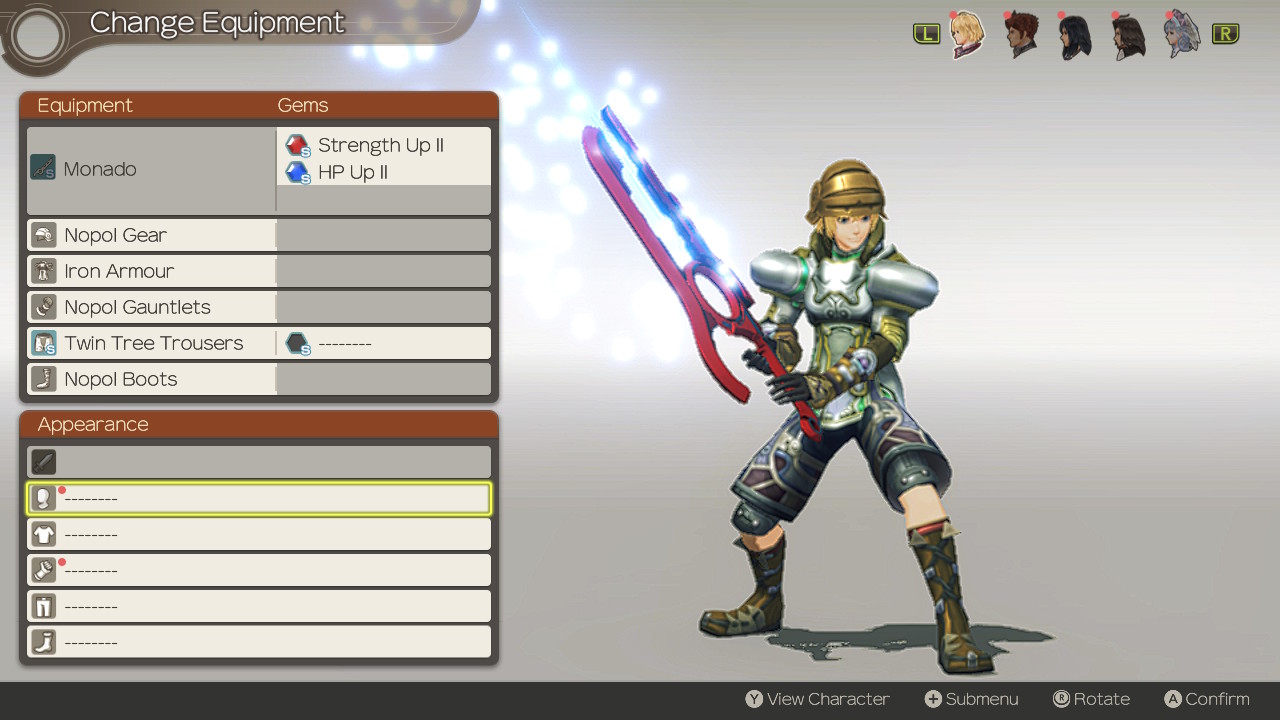 In terms of gameplay upgrades, Xenoblade Chronicles: Definitive Edition has plenty to talk about. The biggest addition is the inclusion of an entirely new prologue that centres around Shulk and Melia at the conclusion of the game. The best part is, you don’t need to complete the game to jump into the epilogue, it’s available from the start for fans that are just itching to see some new story content. Though if you’d prefer to play through the story in order to watch the epilogue chronologically, Definitive Edition features new accessibility options that allow you to make the gameplay easier if you want to breeze through the chapters or if you’re stuck on a certain section. Also, they added the auto-run system from Xenoblade Chronicles X so trekking across those huge canyons looking for that last dang Volpis won’t be such a pain any more! 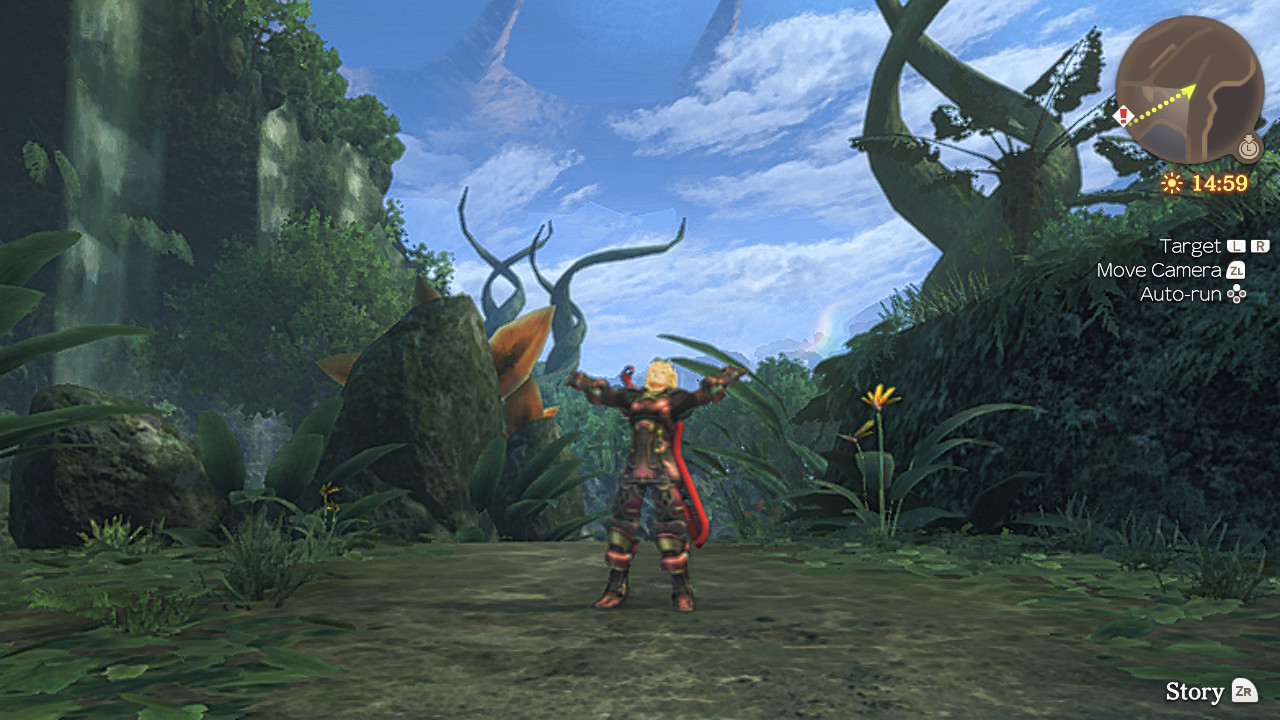 The Definitive Edition of Xenoblade Chronicles also features a new wave-based, timed, arena battle mode where players can take on challenges to earn special equipment and other rewards. Some challenges require players to fit-out a specified party lineup in order to meet the requirements of the challenge, others simply require you to get in there and beat the waves of enemies before the timer expires. It’s a fun addition to the game that offers a refreshing break from the campaign and provides more challenges to engage with the fantastic combat system. 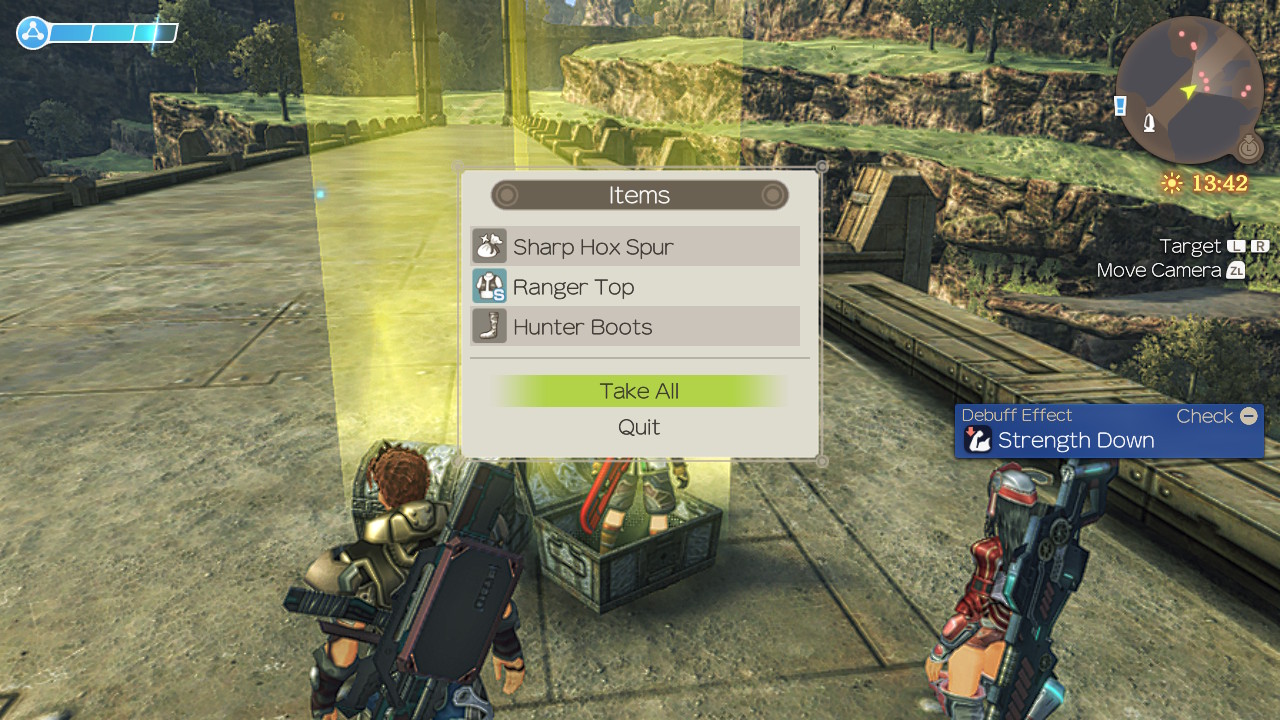 In case you can’t tell, I’m overjoyed with the additions and enhancements made to the Xenobalde Chronicles: Definitive Edition. Not only do they make an already fantastic game that much more exciting to play through for a second time, but so much has been added to the game to make it more accessible and enjoyable for newcomers. Obviously the enhanced graphics still don’t visually compare to modern games released in the past year or so, but they look darn good on the Switch in portable mode. The newly remastered soundtrack is better than ever, and the gameplay and narrative both hold up exceptionally well to the test of time. I have no reservations about recommending this game to anyone, it’s an exceptional JRPG that deserves your time. 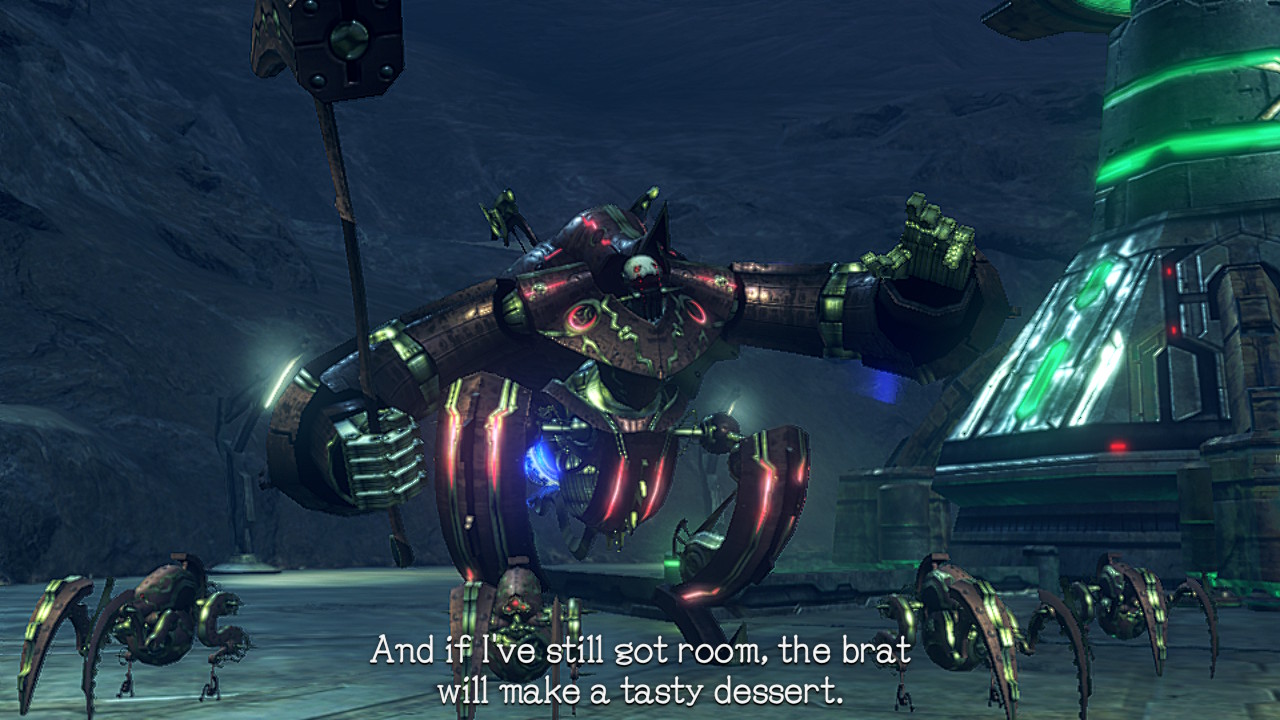 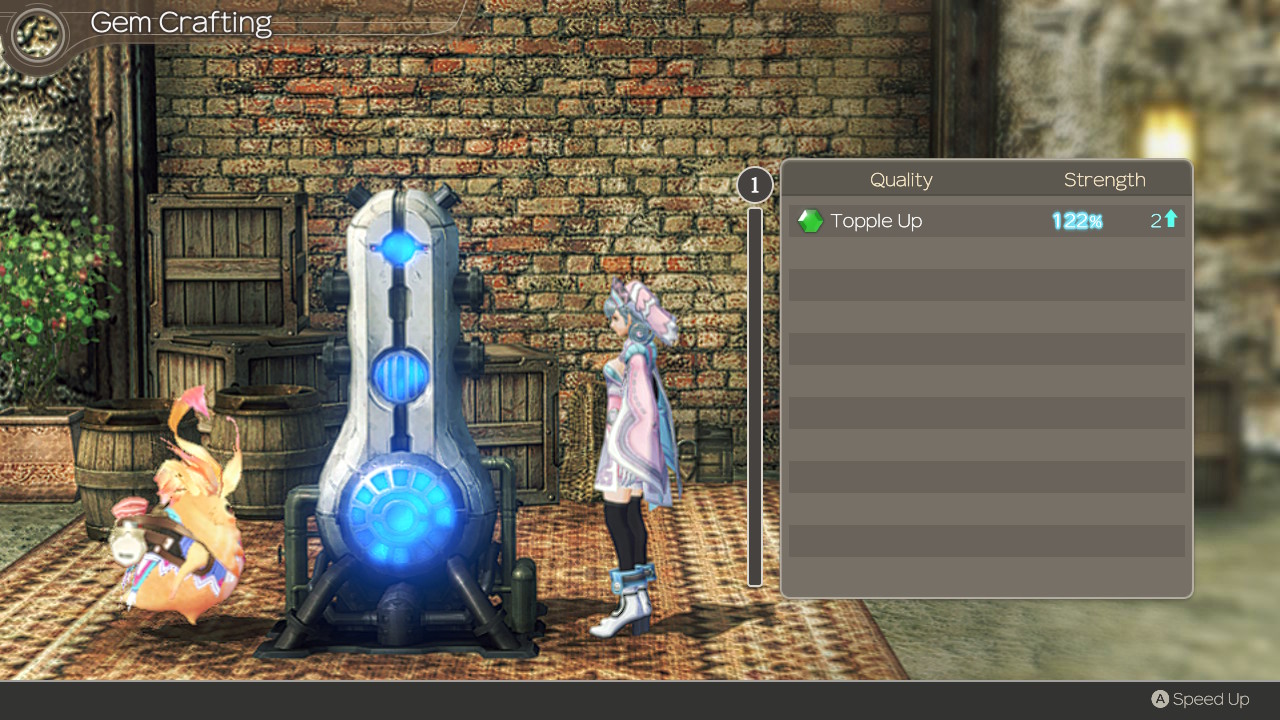 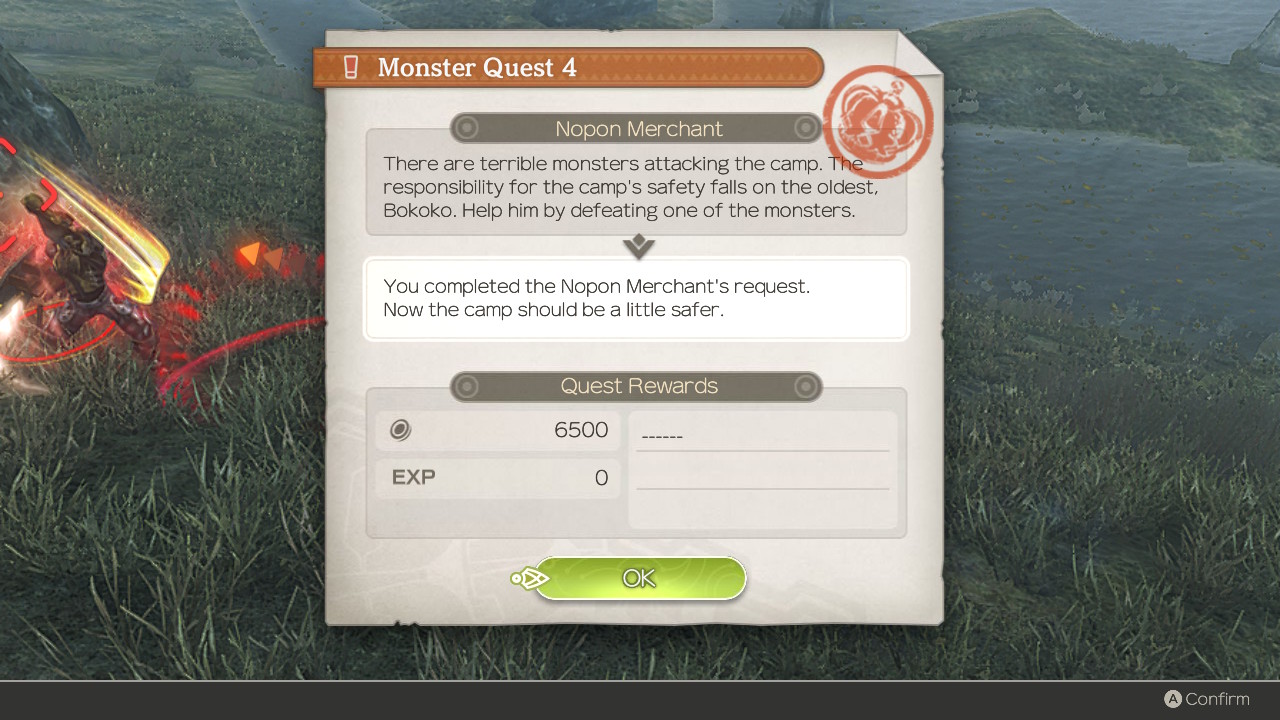