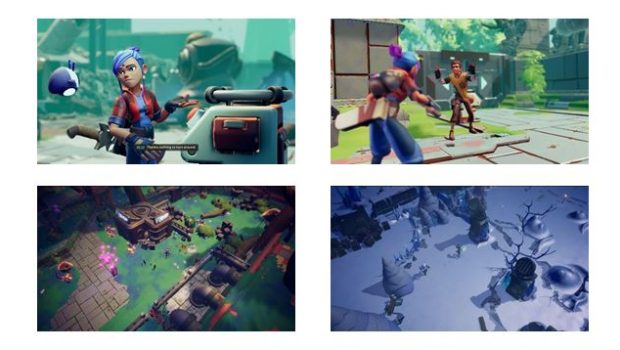 XEL, the Time-Hopping Sci-Fi Adventure, Gets a Release Date and Preview Trailer

Today, Assemble Entertainment and developer Tiny Roar are delighted to reveal the release date of the highly anticipated 3D action-adventure RPG, XEL, along with a new cinematic trailer previewing the game’s plot. Crash landing on PC on July 12 and on Nintendo Switch on July 14, 2022, XEL tells the epic sci-fi journey of Reid, a young woman who becomes stranded on a strange and exotic alien world. Together with her spirited sidekick, Chap, Reid must utilize her ability to jump through space and time to discover the dark secrets of the planet on which she’s landed and her connection to it.

Spaceship-wrecked on the striking, alien world of XEL, Reid must venture out and begin to piece together her broken memories. A callback to old-school top-down RPGs, XEL evokes the nostalgic spirit of classic Zelda titles. A true passion project from the devs, the world of XEL merges familiar ideas with updated mechanics, all woven together in an intense sci-fi mystery. The planet XEL holds a sinister secret, with darkness lurking across space and time. Aid Reid in solving the mystery of her history, lest both her and the world she’s somehow connected to be doomed.

Key Features of XEL Include:

XEL launches on Windows PC via Steam and GOG on July 12, 2022, and on Nintendo Switch on July 14. The grandiose adventure will launch on Xbox Series X/S, Xbox One, and Playstation 4/5 later this year. Want to learn more about XEL? Find more in-depth details in the latest Devlog #4 ‘Level Design Philosophy’ on Steam.