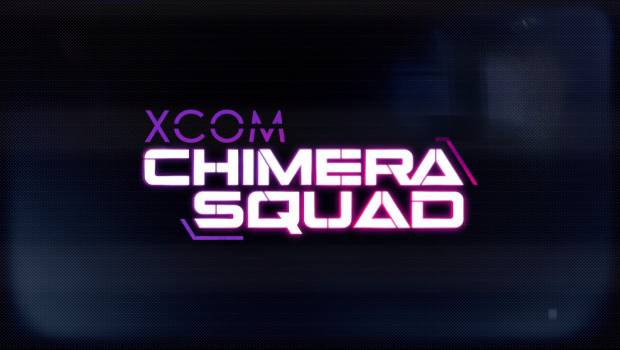 Summary: Mixing elements of the old and new games in the series, this game also mixes the humans and the aliens to create a Chimera Squad to tackle the ongoing threat/s to Earth.

If you went to school around the same time I did (mid 80’s to 90’s) you would no doubt have come across the original XCOM, back when games were on 3.5″ disks (or 5.25″ in some cases). XCOM was one of those games that stood out from the pack, it had a new gameplay mechanic and tapped into the whole Ufology arena (cattle mutilations being a stand out tip of the hat to the genre). 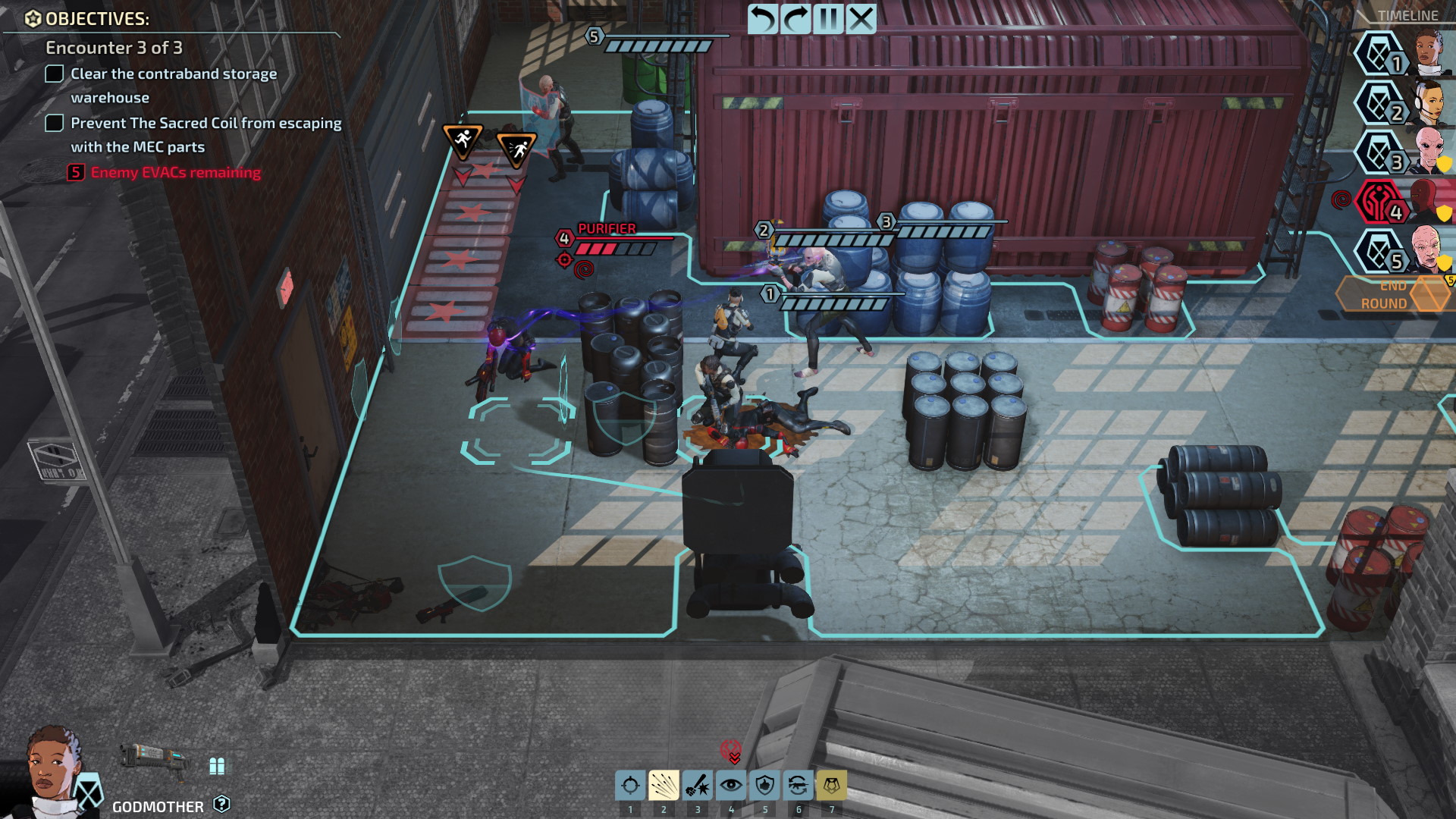 Whilst the first game in the series was a standout, the subsequent games were pretty hit and miss, with a larger emphasis on miss. Then we had the revival with XCOM Enemy Unknown and things seemed to be back on track. New graphics and pacing brought one of my favourite games back to the masses. XCOM: Chimera Squad I think melds those two, the original and the new versions, but I’ll get into that in a moment. 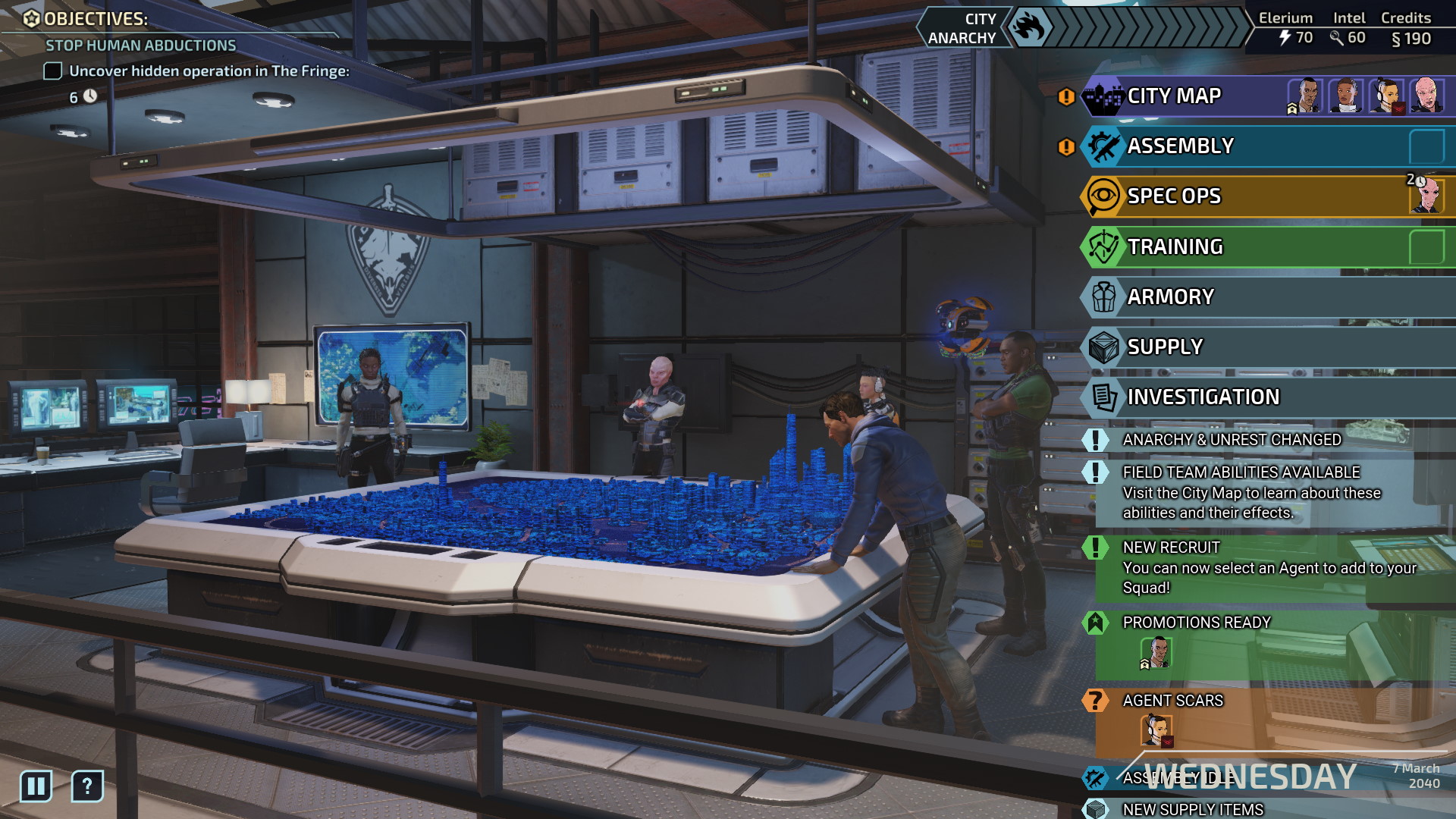 The game starts with action, your squad needs to save the Mayor from a hostage situation. Naturally as you progress towards the Mayor you are taught how to use your troops and some of the new skills available to you. After the mission it’s back to headquarters and what is arguably the localised version of the world management screen from the main XCOM games. From here you can dictate where you send your personnel and what to research etc. That localising does at least a couple of things. It gives you a more gritty personal feel to it all (as you feel a bit more directly involved in the lives of the people you are impacting rather than having the billions of the earth to watch over), it also gives you a degree of familiarity with the management screens whilst also being given a fresh lick of paint. 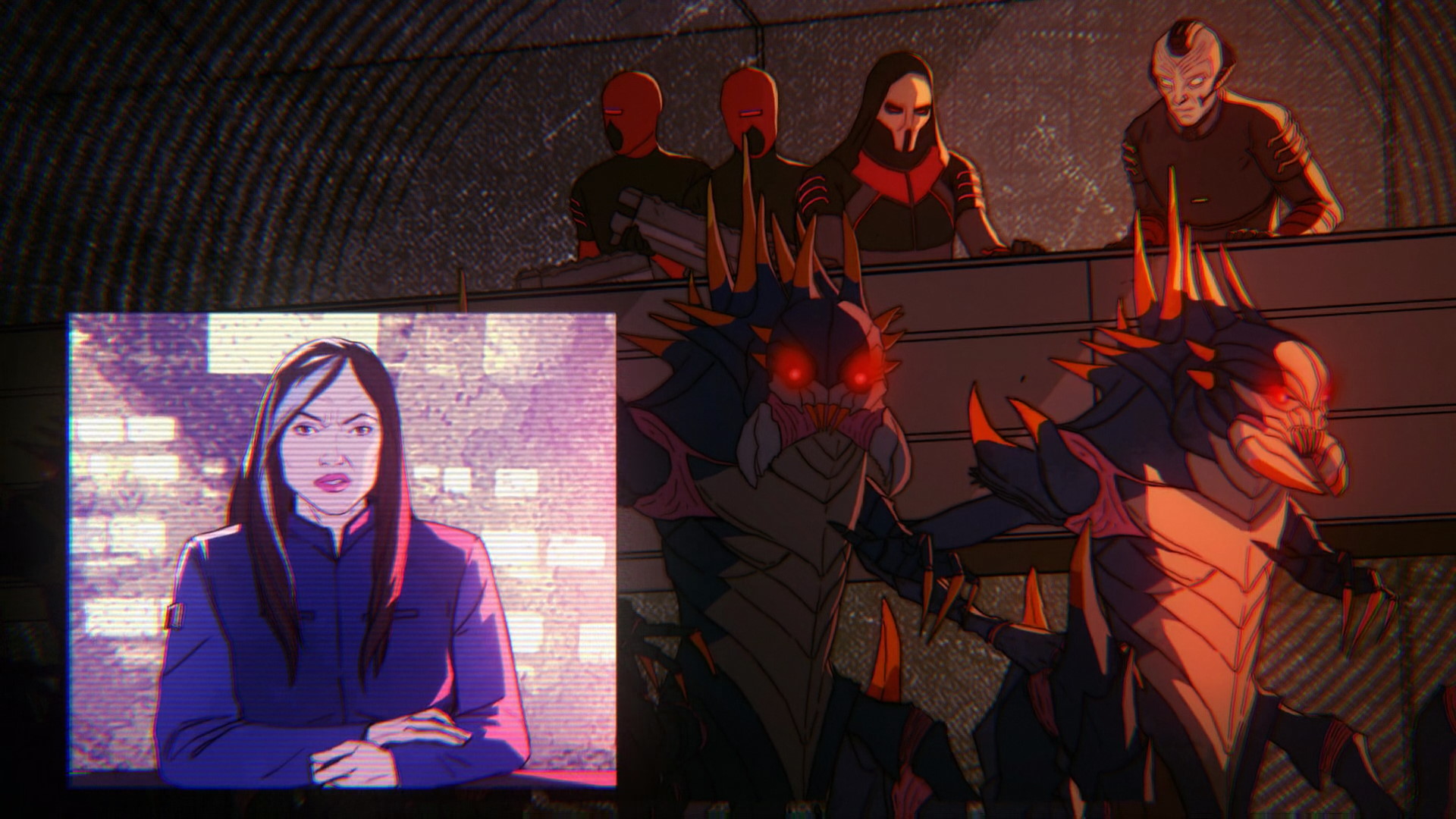 But back to that melding element. This is definitely (to me at least) a melding of the original XCOM and the newer games. Which is both good and bad. It’s good in that the main gameplay has a nice flashy look to the graphics, definitely using more visual flair than the original game. But what really feels like the older game, in a nostalgic but also sort of disappointing way, is the cut scenes/story telling portions. These scenes are done in a kind of animated comic style, which whilst reminiscent of the original XCOM (if memory serves)… kind of feels jarring compared to the higher quality visuals of the rest of the game. 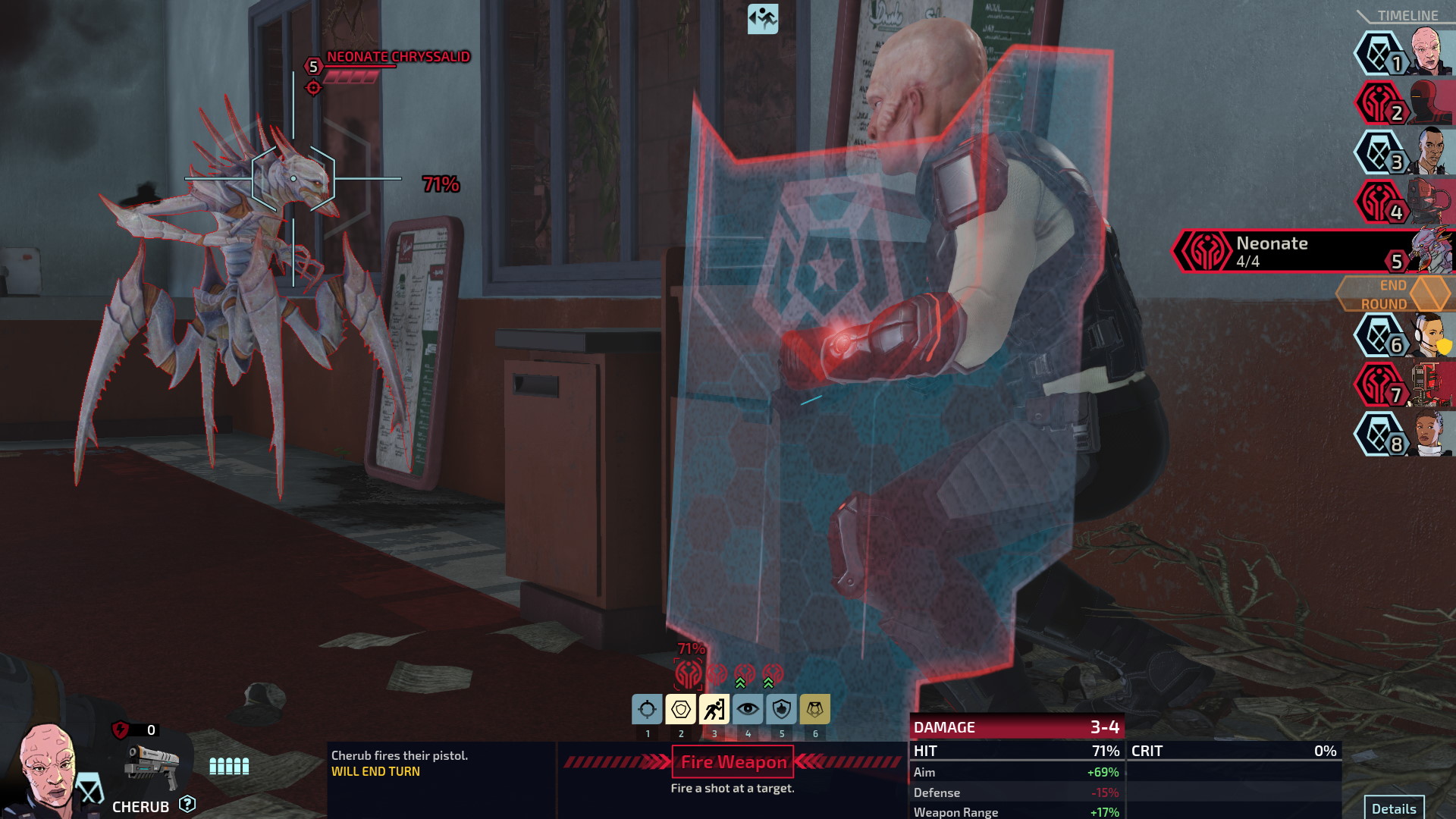 Ultimately the game seems to fall between a full release and a DLC. It’s definitely it’s own little branch off, but I’m not sure the entirety of it would warrant being released as a full game and I think that’s the approach that has been taken here (at least the price tag would seem to suggest it’s not being sold as a “new” game). The notion of certain groups of aliens working with the humans feels a bit like Alien Nation and is a nice touch. There’s plenty of opportunity for tensions between those who are accepting of the aliens and those who don’t think they should be trusted. Arguably pretty standard issues fill the story but as I always say, it’s not whether the story is original that matters so much as how the story is told. 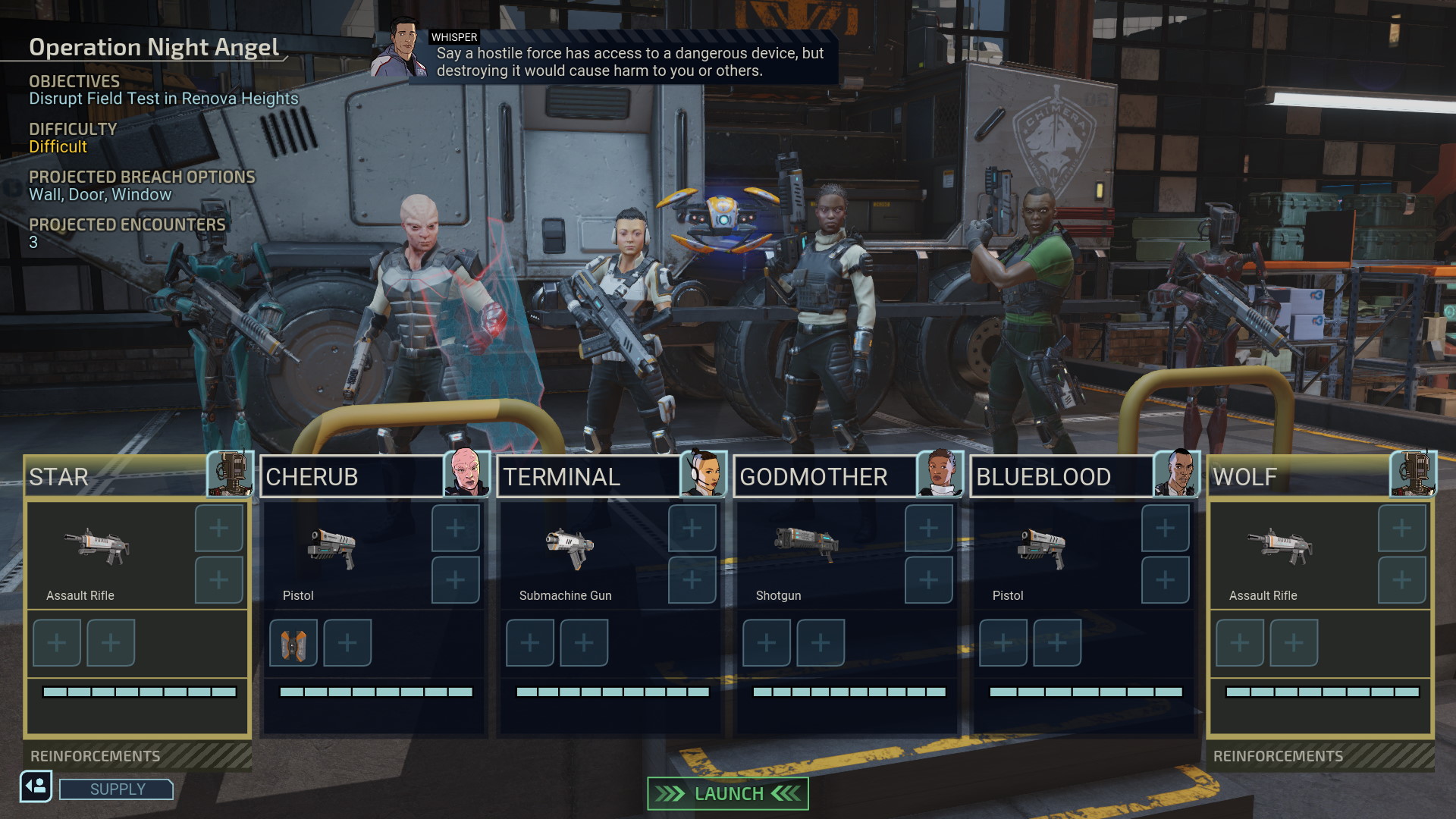 If you enjoyed the series then this is a good addition to your collection. It’s a decent price normally but during a sale it’s a great value option to get some more turn based combat gaming in… just make sure you save often and watch out for that one enemy who’s just waiting to flank you.