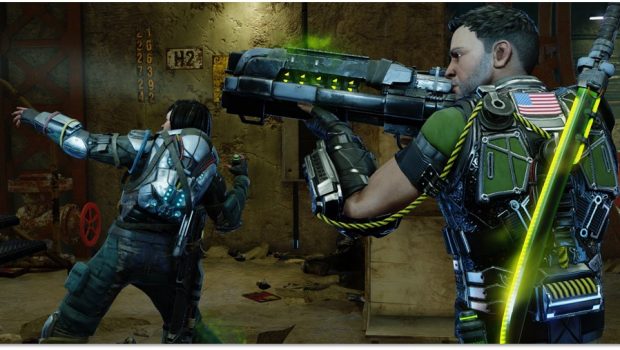 The XCOM 2: War of the Chosen – Tactical Legacy Pack tells the story of what happened between the events of XCOM: Enemy Unknown and XCOM 2, and includes new game modes, maps, weapons, armour, and Photobooth options that honour the legacy of the XCOM series.

–   Legacy Ops – Command a squad of soldiers through a series of linked consecutive tactical missions:

o   Blast from the Past – After the fall of XCOM HQ, Central Officer Bradford begins his journey to build the resistance by returning to where it all began.

o   It Came from the Sea – The broadcast of a fledgling radio DJ is reaching an audience he didn’t intend. It’s up to Central to save the DJ from an endless horde of hungry listeners.

o   Avenger Assemble – Join Lily Shen as she works to retrofit the Avenger into a new home for the growing forces of a reinvigorated XCOM.

o   The Lazarus Project – ADVENT is kidnapping key members of the resistance, and it’s up to Central to rescue some of XCOM’s most renowned operatives.

The XCOM 2: War of the Chosen – Tactical Legacy Pack is rated MA 15+ and will be available on October 9 for Windows PC, macOS, and Linux.