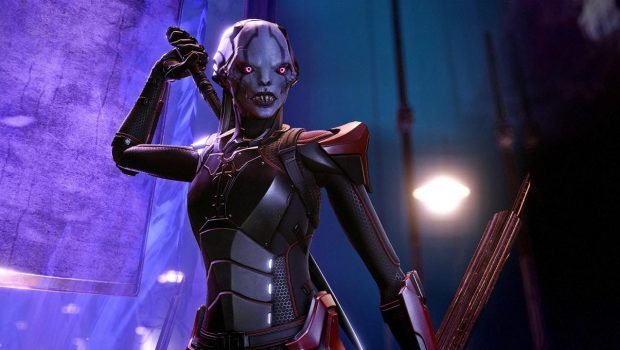 Sydney, NSW – August 30, 2017– 2K and Firaxis Games announced today that XCOM® 2: War of the Chosen, the expansion to the 2016 award-winning strategy title, is now available for Windows PC.

XCOM 2: War of the Chosen takes the incredible experience of XCOM 2 and provides players with all new features and allies to combat ADVENT, who have deployed three deadly new aliens called the “Chosen.” To aid XCOM in its fight to liberate Earth, players will have access to three new resistance factions, each with their own unique Hero class, in addition to new weapons, options to form bonds between soldiers and a new photo booth feature to create custom propaganda posters.

“With XCOM 2: War of the Chosen, Firaxis has developed a series-defining expansion to the award-winning XCOM franchise,” said Matt Gorman, VP of Marketing at 2K. “With a multitude of gameplay advances and new experiences, Firaxis Games has continued to redefine XCOM 2’s endlessly replayable campaign.”

“We can’t wait for fans to get their hands on XCOM 2: War of the Chosen. The array of added features, enemies, and allies give players a completely new tool set to employ tactics and strategies as they dive into the expanded narrative. In addition, we’re excited about the new Challenge mode that will let players hone their tactical skills against other players around the world,” added Jake Solomon, creative director of XCOM 2 at Firaxis Games.

Key features for XCOM 2: War of the Chosen include:

o   The Reapers are infiltration specialists and stealth marksmen living on the fringe of society. Reapers utilize a powerful weapon called the Vektor rifle, as well as a special Claymore explosive – a targetable incendiary device that, when placed and activated, does not cause the Reaper to break Concealment;

o   The Skirmishers are former ADVENT soldiers who have chosen to rebel against their masters. The Skirmisher is an offensive powerhouse, capable of dealing with threats running the gamut from up close to afar, armed with a grappling hook to help close distance and a wrist mounted Ripjack capable of piercing the enemy with deadly force;

o   The Templars are a reclusive, monastic group of soldiers that have dedicated themselves to pushing their minds and bodies with psionic energy to the brink of humanity, honing their psionic energy with religious fervor into powerful weapons.

o   The Hunter stalks its prey from across the map: tracking, wounding and disabling XCOM units at range;

o   The Warlock utilizes a variety of psionic abilities to sow destruction on the battlefield;

o   The Assassin are a stealth-based melee unit who prefers to fight at close range, preying upon XCOM units with her katana.

Greater Customization & Replayability: Soldiers cultivate bonds with compatible teammates for new abilities and perks, while the SITREP system dynamically adds new modifiers to the tactical layer to make sure every mission provides a unique challenge.

XCOM 2 is rated T for Teen by the ESRB and available for PlayStation®4 system, Xbox One and Windows PC. XCOM 2 is also available for Mac and Linux by Feral Interactive. XCOM 2: War of the Chosen is available now for Windows PC, will be available on September 12, 2017 for PlayStation®4 system and Xbox One, and will be available for Mac and Linux by Feral Interactive at a later date. For more information, please visit www.XCOM.com, become a fan on Facebook, follow the game on Twitter or subscribe to XCOM on YouTube.