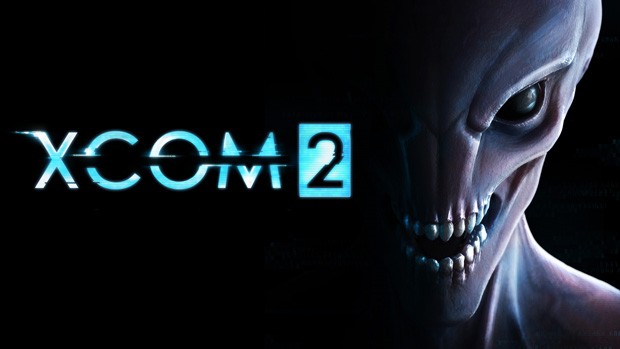 XCOM 2 is hard proof not every game has to be super accessible and casualised to appeal to the modern day gaming crowd – and that true strategy games are still in high demand.

The sequel to 2012’s XCOM: Enemy Unknown and its 2013 expansion Enemy Within, XCOM 2 is arguably one of the biggest game to hit PC this year. Just don’t expect it on consoles this time around, as developer Firaxis sticks to their PC roots in a new-found design focus on procedurally-generated maps and support for user-created mods and Steamwork Shop, both features already producing great user-generated content, and both not possible on consoles. 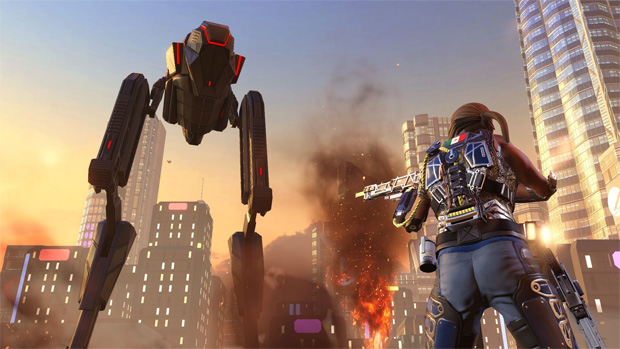 XCOM 2 expands upon its predecessor’s two main gameplay systems – turn-based tactical combat and base management simulation – to present a bigger, meatier and more satisfying strategy game experience. It successfully blends satisfying old-school strategic turn-based gameplay with cinematic flourish; after 20 hours, this reviewer thinks it is safe to summarise it builds upon and refines the core formula of its predecessor excellently – at the cost of performance.

Set twenty years after the first game in 2035, the canon story follows the scenario the invading aliens defeated XCOM and successfully control Earth – a premise entirely possible if players lost Enemy Unknown’s campaign. Dismantled and destroyed, XCOM’s various leaders and soldiers either submitted to alien rule, were executed or went underground to continue the fight while the Commander (our off-screen protagonist) was put into alien stasis for nefarious use. 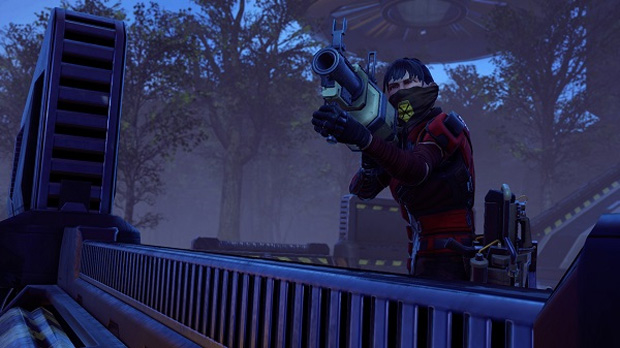 Central Officer Bradford, Chief Engineer Dr. Raymond Shen, his daughter An-Yi Shen and the shadowy unnamed Council Spokesperson continued the fight to little progress, before Central eventually leads a rescue to retrieve the Commander in a high-casualty introductory tutorial mission. Here players get front-row seats to the New World order established by ADVENT (the human puppet government controlled by the aliens) and how ill-equipped the resistance is to combat it.

The new underdog storyline hook is extremely enticing for both narrative and gameplay reasons. Instead of starting out as the leader of a huge and powerful military Spec-Ops program with the backing of government council nations around the world, you need to build a resistance network with limited resources and numbers while always being on the offensive, striking the aliens hard with terror attacks to incite the local human populations to find the will to fight again. 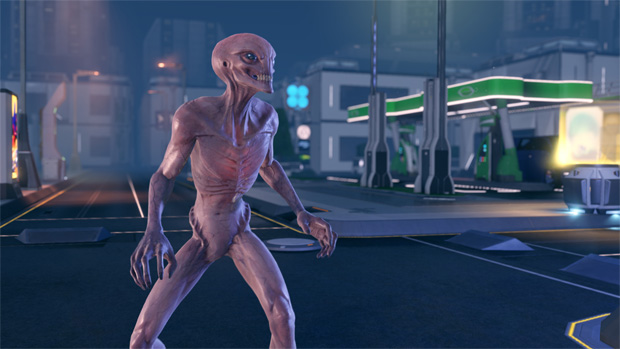 The new base, the Avenger, is a mobile one – a refitted and re-purposed alien ship which Dr. Shen spent his life working on. The tactical layer is even more of a finely-tuned resource management board game, with multiple research pathways, the new addition of individual engineers and scientists to assign to projects and more banter from your advisors making it just as good as the ground-based ops. Base management is less complex and potentially headache inducing than in Enemy Unknown, too, with adjacency bonuses removed for facilities so most of your time can instead be spent gradually clearing out alien debris in its innards to build advanced facilities to research armour, weapons, artifacts and other upgrades for your soldiers.

The new rag-tag XCOM even allowed Firaxis to expand the customisation suite of your soldiers. With few military veterans or survivors of the First War, uniformity is out the window as the new resistance is largely made up of ex-cons, exiles, and green-as-grass guerilla fighters – at least, the default recruits you start with are. You can change the biography of every soldier to give them a tailor-made backstory in addition to a wealth of cosmetic options beyond the professional soldier’s armour and military fatigues; there is multiple armour and weapon colours and pattern schemes, headgear (hats, helmets, bandanas), eyewear (aviators, eye-patches, sunglasses) facial props (cigars, scars, stitches) and even their stance (by-the-book, intense, twitchy, etc) to make them “your squad”. This is already in addition to name, nickname, gender, voices (Australian-English made the cut!) and class, which even though only amounts to six (ranger, rookie, psychic, sharpshooter, specialist and grenadier) feel so much more unique with their branching ability paths – customisation is easily one of the strongest features of the sequel. 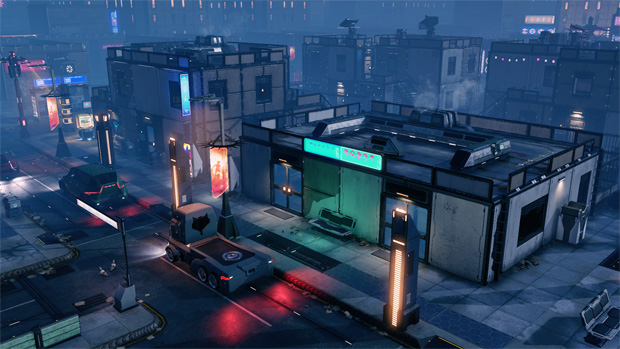 Core gameplay in XCOM 2 will be familiar to returning players and straightforward enough for new players to ease into the command chair. After choosing from four difficulty levels and whether or not you prefer to have tutorial explanations for game mechanics peppered throughout, you are introduced to the combat part of the game, which involves commanding up to six soldiers in turn-based battles against some extremely smart alien A.I., with percentages, multipliers and RNG determining your success rate. There were times where teleporting aliens and point blank shots with 99% hit rates missed that made me rage from its unpredictability; some might say it’s part of the charm, but thankfully XCOM has always (mostly) been fair in its combat, and I found that true.

Players will be attacking aliens in a variety of mission types with secondary objectives which ensure every encounter looks and feels different. There’s search and destroy, VIP extractions, covert sabotage ops, rescuing civilians and classic assault and defend-style missions, including alien UFO attacks on your home base that results in an instant game over should you fail. Every new mission type and objective adds another dimension to your climatic firefights, and the addition of loot to upgrade your soldier’s equipment and abilities is very welcome. 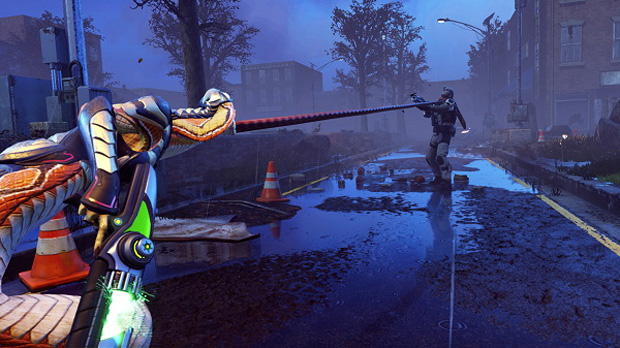 My favourite and most hated surprise from the sequel was the reveal of the Faceless, monstrous advanced shape-shifters who hide within the civilians you rescue to savagely murder any soldier of yours they catch off-guard. The new snake-like vipers and returning Mutons, Sectoids and humanoid enemies are all equally fun to beat and terrifying when they overwhelm you. Every battle feels fun and crucial to the war effort, and the game really makes you think hard on every next move; all your soldiers will permanently die should they fall in battle, but can now be carried off the field wounded or dead to secure their gear.

The biggest changes from Enemy Unknown is the emphasis on timers, and the introduction of procedurally generated maps. In its predecessor, many players played it too carefully and abused the use of Overwatch and unlimited completion time, as well as the eventual recycling of map layouts in non-main missions. In XCOM 2, it’s clear Firaxis wants players to be more on the offensive and take risks, as well as be in foreign territory every time they enter a mission; both new features ensure the new agenda, and for the most part I found it enjoyable in taking bigger tactical moves than I ever dared to do in Enemy Unknown. The tension and hard-earned victories I had when my squad’s Ranger barely survived a Sectoid assault and saved the day with a risky close-range sword to the gut of their leader was priceless. 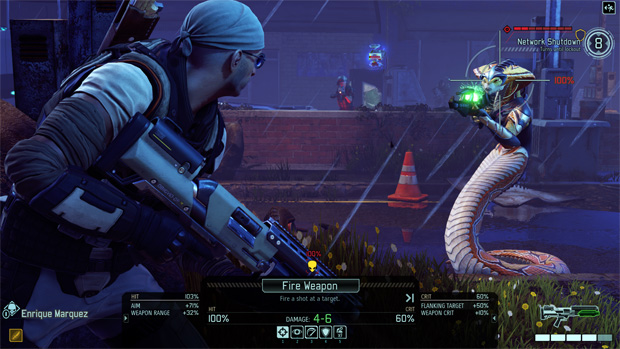 Visually, XCOM 2 is fantastic. There is incredible artwork, superior character animations and facial expressions, and a more cinematic feel to both the main story and general combat scenarios than in Enemy Unknown. The camera is a lot more epic whenever your soldier’s Overwatch is trigger, panning slowly between each of them as they reign havoc on alien enemies. The main story, too, receives the same treatment, and it’s hard not to get more attached to Bradford, Shen and co when they all look a little bit more realistic this time around.

It’s a shame the performance of the game is absolutely abysmal. If there is one downside to the current state of XCOM 2 from launch, it is how unoptimised it feels. Camera glitches, frequent clipping and long awkward pauses between battle animations plague and damper immersion during the combat encounters, and no matter how much tweaking I did on my high-end rig, the frame-rate rarely stayed as buttery smooth as I desired it to be. The decision to delay the game from its intended late 2015 launch was clearly a good one, but I can’t help but wonder if it might have been better for them to release it just a little bit later to iron out such disappointing problems. 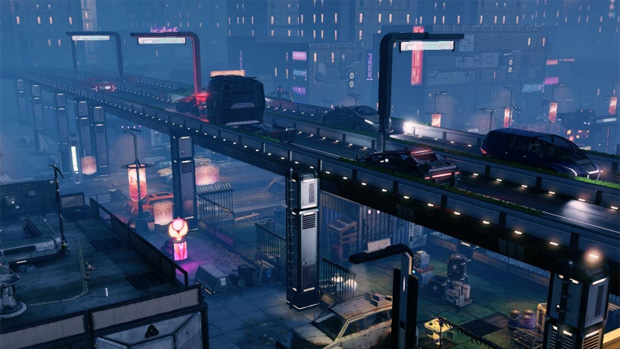 Aside from clear performance and optimisation issues, XCOM 2 is a killer PC exclusive and great kick-off for the strategy turn-based genre and the year ahead in gaming. If you loved the first two reboot games from 2012 and enjoy turn-based combat and sophisticated base management, this is one not to miss.