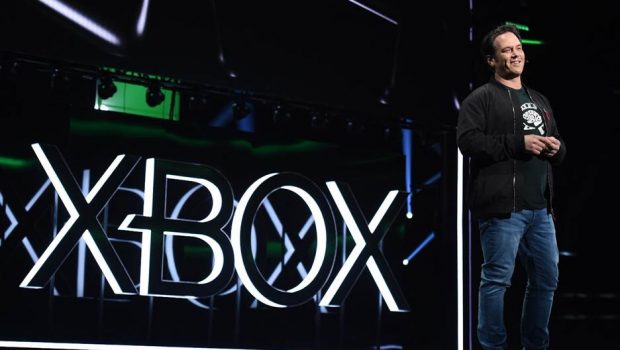 Xbox showcased a blockbuster lineup of 60 anticipated games for both console and PC in its Xbox E3 Briefing and shared a glimpse of the future with Project Scarlett, which launches alongside “Halo Infinite” in 2020. Headlined by the biggest game of 2019, “Gears 5,” along with 34 games premiering in Xbox Game Pass, the Xbox E3 Briefing delivered 11 world premieres and a record 14 games from Xbox Game Studios, which will soon include legendary game development studio Double Fine Productions.

“It’s great to celebrate with our incredible fans and show how we are delivering against our vision to empower gamers to play the games they want, with the friends they want, wherever they want,” said Phil Spencer, Head of Xbox. “With thousands of Xbox games in development, we curated our show around our players, with new titles premiering in Xbox Game Pass across console and PC, and game streaming that enables them to play their favorite games, with their friends, wherever they go.”

THE BEST WAY TO DISCOVER GREAT GAMES ON CONSOLE AND PC

PC gamers around the world can now join the Xbox Game Pass for PC beta through the new Xbox app, which is available today on Windows 10. Xbox Game Pass for PC is designed specifically for PC gamers with a curated library of over 100 high-quality PC games from over 75 developers and publishers including fan-favorite PC titles like “Football Manager 2019,” “Imperator: Rome” and “Metro Exodus.”

The Xbox E3 Briefing also showcased new Xbox Game Studios titles that will premiere in Xbox Game Pass, including “Gears 5,” “Battletoads,” “Bleeding Edge,” “The Outer Worlds,” “Ori and the Will of the Wisps,” and 25 games from the ID@Xbox program.

THE FUTURE OF CONSOLE GAMING

During its briefing, Xbox demonstrated its commitment to console gaming as a critical choice for players who want a device designed, built and optimized for gaming.

Project Scarlett will set a new bar for console power, speed, and performance, arriving Holiday 2020 alongside “Halo Infinite.” With a custom-designed AMD processor, high bandwidth GDDR6 memory, and a next-generation solid state drive (SSD), Project Scarlett will give developers the power they need to bring their creative visions to life. Thousands of games across four console generations will look and play best on Project Scarlett.

BRINGING XBOX TO THE CLOUD

In addition to delivering players the games they want, with the people they want, across console and PC, Xbox is also empowering people to play wherever they want by bringing Xbox to the cloud.

First, Xbox announced the ability to stream games from your Xbox One console, starting in preview this October. With console streaming, gamers will have access to their Xbox One game library and Xbox Game Pass titles on the go, streamed directly from an Xbox One console to a mobile device.

The Xbox E3 Briefing also marked a new milestone for “Project xCloud,” with E3 2019 attendees being among the first in the world to play Xbox One games like “Halo 5: Guardians” and “Hellblade: Senua’s Sacrifice” streaming on smartphones and tablets. With Project xCloud, Xbox is investing to ensure players have the choice and freedom to play the games they want, with the friends they want, how and where they want.

THE WORLD’S MOST ADVANCED CONTROLLER

The Elite Series 2 is the second iteration of the fan-favorite Xbox Elite Wireless Controller and is re-engineered for ultimate performance, customization, and durability, and includes 30 new and improved features such as adjustable-tension thumbsticks, wraparound rubberized grip, shorter hair-trigger locks, and up to 40 hours of rechargeable battery life. More details on local availability and pricing to follow.

THE SINGLE LARGEST SHOWCASE OF GAMES ON STAGE THIS YEAR

Xbox includes every player in its vision for gaming, which starts with unmissable content made for players wherever they are. With thousands of Xbox games in development, Xbox offered glimpses at 60 different games from all over the globe, including blockbusters like “Cyberpunk 2077,” “Star Wars Jedi: Fallen Order,” and “Elden Ring.” Xbox fans were also invited to venture into the action-fueled world of “CrossfireX,” coming first to console on Xbox One in 2020 with special content for Xbox Game Pass members, and into the blocky depths of “Minecraft Dungeons,” coming to Xbox One and Windows 10 PC, Nintendo Switch, and PlayStation 4.

The Xbox E3 Briefing also marked a celebration of 37 PC games, including “Microsoft Flight Simulator” and “Age of Empires II: Definitive Edition,” both of which will premiere in Xbox Game Pass for PC. Fans also took their first steps into the next worlds being created by Xbox Game Studios, such as “Gears 5” and “Wasteland 3,” and discovered the unexpected with 25 new and wild ID@Xbox titles.

All forthcoming titles from Xbox Game Studios will premiere in Xbox Game Pass.

Games shown during the Xbox E3 Briefing include:

Mixer, Microsoft’s live streaming service, is the home for additional news, highlights, exclusive reveals and a behind-the-scenes look at some of your favorite games throughout the week of E3. Mixer continues to see strong growth with monthly viewership surpassing 30 million earlier this year, with the majority of recent growth coming from viewers on mobile and PC. Be sure to watch Inside Xbox: Live @ E3 on Monday, June 10, at 3 p.m. PDT and tune in to live streaming on Mixer on Tuesday, June 11, Wednesday, June 12, and Thursday, June 13.

PREORDER NOW AT YOUR MICROSOFT STORE OR LOCAL RETAILER

At retail locations across Australia and through microsoft.com, fans can begin preordering their favorite games and select accessories and hardware from this year’s Xbox E3 Briefing right now..