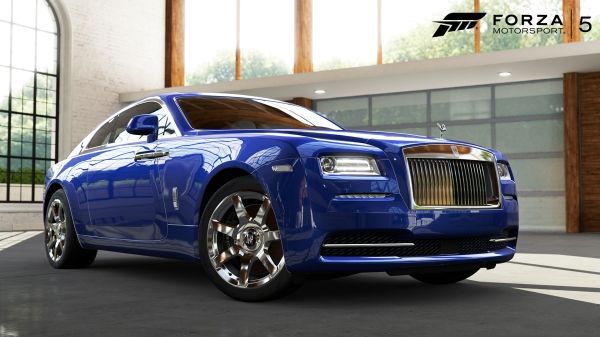 Turn 10 Studios and Playground Games today premiered a heart-pounding launch trailer ahead of the October 2nd release date, showcasing the game’s massive wide-open world racing experience and ultimate celebration of speed, style and action-packed driving. The Forza Horizon 2 launch trailer highlights the game’s beautiful southern European setting and thrilling, action-packed racing. Featuring many of the more than 200 cars that are available at launch, the trailer brings to life the freedom and fun that defines Forza Horizon 2.

Also, as a way of saying “thank you” to all the passionate fans who have continued to be a part of the Forza experience over the years, Turn 10 Studios today announced that fans will be eligible to receive several Forza Horizon 2 cars through Forza Rewards, the loyalty program where players can earn in-game content just for playing Forza games. Whether they’re an experienced Forza Faithful or a first time driver, all Forza players have a chance to add up to five in-game cars to their Forza Horizon 2 garage the first time they log in to the game. These five in-game (not DLC) cars include the 2011 BMW 1 Series M Coupe, the 2013 Viper GTS, the 2015 Lamborghini Huracán LP 610-4, the 2014 Local Motors Rally Fighter, and the 2013 McLaren P1. Players start earning Forza Rewards practically the moment they start playing a Forza game. Whether it’s new cars to add to their garage, or a stack of in-game credits for players to spend how they like, each month Forza fans will always receive something new.

To watch the trailer, more info on the rewards, and a range of media assets, please visit the Xbox Wire.

Including new weapons, traps, Amps, and 10 unique outfits for your character

After crying tears of joy or defeat while watching their favourite teams hit the pitch in Brazil last June, football (or, depending on where you hail from, soccer, futbol, futebol, le foot, or footy) fans around the world are looking for their next football fix. Now they can once again feel the emotion and intensity of the world’s greatest sport by playing FIFA 15, which is available for digital pre-order and pre-download starting this week.  FIFA 15 brings football to life in stunning detail so you can experience the excitement of the sport like never before. You can witness the intensity of crowds chanting and cheering like on match day, and listen to commentators guide you through the story of the game with dynamic match presentation. For the first time ever, all 22 players on the pitch are connected with emotional intelligence – now players will react to opponents and teammates within the context, and relative to the narrative of the match. Next generation visuals put you on living pitches with grass that wears and tears as the match progresses. Authentic player visuals make players lean, athletic, and true to their real-life appearance. Player control heightens the responsiveness of movement, giving athletes more control and personality on the ball, and making man-to-man battles more rewarding than ever before. To celebrate the launch of the game, the following two FIFA 15 game bundles are available for pre-order globally, starting today, through the Xbox Store on the console or online at store.xbox.com:

As an added bonus, you can get 10 percent off your purchase and an exclusive trial five days before the release date, if you sign up for EA Access before you pre-order FIFA 15.

Xbox One System Update: Improvements to Snap, TV experiences on Xbox One Available for Preview

Better multitasking while gaming, more ways to stay connected with friends, new options for accessing your media, and more!

This is a big month for Xbox One as we launch some of the features you’ve asked for most including better multitasking while gaming, more ways to stay connected with friends, new options for accessing your media, and more. Over the past couple months, we’ve been rolling out some great new features to Xbox One through our system updates, and we have been thrilled with the positive feedback we’ve received from all of you. Keep it coming! There’s more new features rolling out to Xbox Live members in our preview program which started this week, and over the next week or so, including: New Snap and Friends functions – Stay in the game and in touch with your friends at the same time with improved Snap, SmartGlass and Achievements functions.

Media Player DLNA and MKV support – Members of the preview program who have also downloaded the latest version of the Media Player app will now have support for DLNA streaming. With this update, you will be able to easily access and play music, watch photo slideshows or movies stored on home media servers and devices that support the DLNA server protocols. Additionally, you will now be able to playback MKV files stored on a USB device or a device on your home network that supports DLNA streaming.

These new features and more are rolling out to all Xbox One preview program members starting this week.

For more info and full list of features (certain features not available in all markets), please visit the Xbox Wire.

This week we’re excited to reveal the final additions to the full car list of Forza Horizon 2that will be available at launch. This final reveal brings us to a total of 210 cars that have been built specifically for the next generation in Forza Horizon 2 – all of which you can see in the final car poster, showcasing the breadth and depth of cars in the game. All of the cars announced this week exude their own sense of style and charisma. The Land Rover Defender 90 is as rugged it gets. The form of the 2015 Mustang GT was designed for global appeal. The Lamborghini Veneno practically redefines extreme car design. There is not much longer to wait until all these rides will be at your fingertips to leave your mark on the roads and countryside of Forza Horizon 2, available starting October 2. Let’s dive in to this week’s reveals:

For more info, and the full list of cars in Forza Horizon 2, please visit the Xbox Wire.