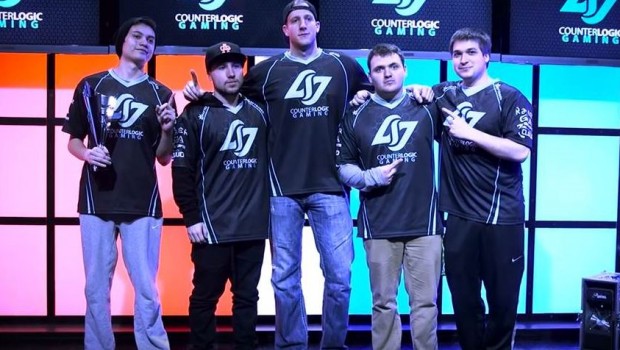 We’re now two weeks out from the Halo World Championship!

Mark your calendars or ask Cortana to remind you: we’re now two weeks out from the Halo World Championship (#HaloWC)! Starting on March 18, the final 16 qualifying teams from around the world will travel down to Raleigh Studios in Hollywood, CA, to compete for the title of best in the world and their share of the $2.5 million crowdfunded prize pool, the biggest individual prize pool in console esports history.

In case you missed it, the full Halo World Championship groups are set and teams now know who they’ll be facing at the tournament. Here’s the full rundown:

Check out the spotlight feature on one of the most dangerous teams competing in the Halo World Championship: Counter Logic Gaming (CLG). Competing since the start of the Halo Championship Series in 2014, CLG saw a series of second place finishes throughout all of Season 1 and 2 against rivals Evil Geniuses (EG). However, the last minute signing of “Lethul” from rivals EG was a complete surprise, shaking up the Halo esports world and left many wondering whether Lethul had made a smart decision, given EG’s dominance in past tournaments.

For more daily content leading up to the Halo World Championship, please visit the Xbox Wire

Ori and the Blind Forest: Definitive Edition Makes a Great Game Even Better

Moon Studios’ sidescrolling exploration-platformer Ori and the Blind Forest captured players’ hearts when it debuted on Xbox One last year. And starting March 11, it’s getting the star treatment with the release of Ori and the Blind Forest: Definitive Edition for Xbox One, which delivers a multitude of new areas, difficulty options, and gameplay upgrades that should appeal to both new and seasoned Ori players.

You can pick up the full game for $26.95 and fans can also purchase official merchandise at the new Ori and The Blind Forest shop.

As you can see from the trailer above, it’s a lot to unpack… so we sat down with Microsoft Studios’ Mark Coates, Executive Producer, to break down what fans will discover in the Definitive Edition – and what makes Ori and the Blind Forest such a special, one-of-a-kind journey.

Xbox Wire: What makes Ori such a special game?

Mark Coates: Well, the incredible response from the trade media, our game development peers, and (of course!) the fans are really what made the Definitive Edition possible, and we’re so grateful for that. Not every team gets the opportunity to revisit, perfect, and add to their game in a non-linear way, so we took this very seriously. So a lot of care and attention was taken to seamlessly integrate the new content into the world of Nibel, and create the new abilities in such a way that they perfectly blended and augmented Ori’s existing skill set.

Xbox Wire: What are the biggest and best additions to the Definitive Edition?

Mark Coates: So much to tell! We’ve added a ton of new content in all categories of the game, including new environments, new music, new abilities, new skills, new story elements, and new features.

True to the original game, the two new areas – Black Root Burrows and Lost Grove – come with a unique theme in both graphical presentation as well as play mechanics. For example, in Black Root Burrows, Moon Studios wanted to use light and darkness to challenge the player to navigate with limited visibility, and then use a light orb that the player carries to modify interactions with certain objects in the environment. Fans of the game fell in love with the characters and story in the original Ori, so in Black Root Burrows, you’ll discover new in-game cut-scenes that tell more of the background and history of the guardian figure Naru, providing context for why she is so motivated to help Ori.

In addition, the player can find two new core skills in the form of Dash and Light Burst. Dash allows Ori to dash forward short distances with a tap of the Right Shoulder button. Light Burst enables Ori to toss small projectiles with a tap of the Left Shoulder button, that – when detonated – deal damage to enemies. Or, the player can instead hold the Left Shoulder button down and adjust the trajectory of the projectile with great precision. Plus, both Light Burst and Dash can be upgraded through the abilities tree! Dash, for example, can be upgraded so that dashing through enemies causes them damage… and then upgraded again so that it can be performed while in the air!

To view more on what makes Ori and the Blind Forest such a special, one-of-a-kind journey, please visit the Xbox Wire

Rare is hosting a competition to select six fans to travel to the studio, meet the Sea of Thieves team!

In 2015, Rare Ltd. unveiled our next project, Sea of Thieves. From the get go, we saw a load of excitement from players intrigued by the prospect of being the pirate they want to be in our immersive, shared-world adventure. Since this announcement, we’ve been humbled by the number of people eager to learn more and go hands-on with the game.

As such, we’re thrilled to announce an opportunity for these excited fans to be the first people in the world to play Sea of Thieves.

Starting today and running until April 26, Rare is hosting a competition to select six fans to travel to the studio, meet the Sea of Thieves team, and be the first in the world to play the game.

For a chance at winning this all-expenses-paid adventure, we’re asking fans to create something that conveys their excitement for Sea of Thieves, and then share it with us on social media via an image or video. The more creative and entertaining the entries, the better chance fans will have at winning the contest.

Once finished, fans must share a link to their image or video with us on Twitter @SeaOfThieves, or on Facebook via Facebook.com/SeaOfThievesGame, including the hashtag #SeaOfThievesContest.

For a full run-down of the rules, be sure to check out our official rules page, please visit Xbox Wire

Plants vs. Zombies: Garden Warfare 2 is even bigger and more awesome than its Xbox One launch game prequel!

The ongoing war between the undead and sentient fauna rages on, and both sides are bringing in reinforcements. Plants vs. Zombies: Garden Warfare 2 is even bigger and more awesome than its Xbox One launch game prequel. Check out why we’re loving this strategy game turned shooter.

Garden Warfare 2 features six competitive online multiplayer modes (supporting up to 24 players), and two four-player co-op modes. Whether you’re fighting for control over an expanding map in Turf Takeover, or teaming up with friends to defend your base in Garden Ops, Garden Warfare 2 has a variety of ways for you to enjoy it.

The eight classes from the original Garden Warfare – like the Pea Shooter, Chomper, and Foot Soldier zombie – return, and they’ve brought six all-new classes with them. There’s a huge variety of play styles to try out, from the highly defensive Citron to the melee specialist Super Brainz. And each character can be customised with accessories and costume parts, too!

In addition to the story mode, all of the other modes in Garden Warfare 2 can be played solo, with A.I. enemies and teammates. Additionally, playing against the A.I. allows you to set different rules and parameters for the game. Wanna give everyone infinite ammo and see how crazy it gets? Go for it!

Who said local multiplayer is dead? Garden Warfare 2 supports split screen play for up to four players. And with its wacky style and sense of humour, it makes for a pretty great party game.

Playing the modes in Garden Warfare 2 earns you in-game currency that can be used to purchase packs that award you costume accessories and new character variants. Getting new variations of your favourite characters – each sporting different special attacks – is awesome, and the game dishes out coins at the perfect pace to keep you playing.