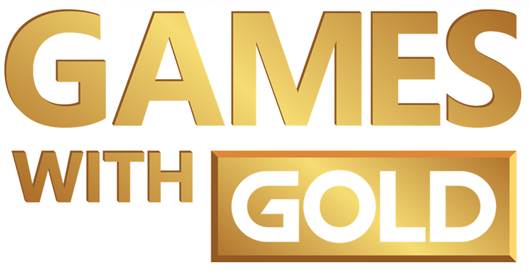 In August, Xbox One gets Crimson Dragon and Strike Suit Zero: Director’s Cut, while the Xbox 360 gets Motocross Madness and Dishonored.

Looking for something to do? Fancy a few great games to play? No problem for Xbox Live Gold members this month! August sees Crimson Dragon and ID@Xbox space-sim Strike Suit Zero: Director’s Cut coming to Games with Gold on Xbox One, while Xbox 360 fans get both Motocross Madness and the hit first-person stealthier, Dishonored. As usual, all games are available only for a limited time*, as part of the ongoing Games with Gold program – catch them whilst you can!

Hit the Road in These 16 New Forza Horizon 2 Cars

More great cars to add to the game’s roster of awesome makes and models, each of which have been built for this generation on Xbox One.

Last week, we shared the first 100 cars of the 200+ cars that will be featured in Forza Horizon 2, all available at no additional purchase. Today we’re announcing the addition of 16 more cars to the game’s roster of awesome makes and models, each of which have been built for this generation on Xbox One.

Many of this week’s cars were chosen with heritage in mind; from the 1965 Alfa Romeo Giulia TZ2, a direct descendent of Alfa’s TZ1 race car, to the truly awesome Ferrari Enzo, a supercar so emblematic of Ferrari’s legendary history, named after the company’s founder. This week also includes one of the most recognizable cars from the 1980s in the Lamborghini Countach, as well as the SRT Viper GTS ACR, a car that managed to scare even veteran Viper owners with its laser-like focus on road-racing performance. As always, diversity is the key – whether you’re hanging out with friends in your cherry ‘67 Stingray, or bombing across the fields of Tuscany in your Ford SVT Raptor, the list of cars in Horizon 2 is as varied as it is thrilling!

P90X for Xbox Fitness Coming Exclusively to Xbox One

We’re thrilled to announce the addition of P90X® for Xbox Fitness, exclusively on Xbox One. Available today, P90X for Xbox Fitness is a 30-day extreme workout program featuring five, all-new, custom routines designed to get you completely ripped. Your trainer, Tony Horton, will push you to your limits with explosive moves that work your entire body from head to toe. With the help of Kinect for Xbox One, which monitors and corrects your form and function, this one-of-a-kind customized workout will get the results you want, and fast – available today for only $59.99.

What’s more, in mid-August, P90X for Xbox Fitness will make a downloadable calendar and nutrition plan available to give you everything you need to complete your transformation.

Stay tuned for more fitness content from some of the world’s best fitness experts, only on Xbox One, and explore the many options available now in the fitness section of the Xbox store.