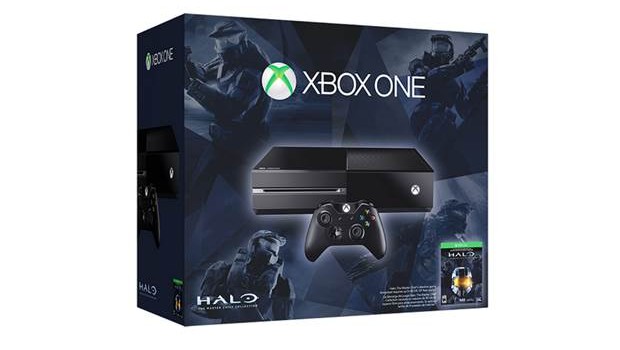 Get Xbox One Plus Four Free Halo Games, All for $499

For value that’s truly out of this world, look no further

Halo: The Master Chief Collection allows fans to play all 45 campaign missions, plus more than 100 multiplayer and Spartan Ops maps, in 1080p at 60fps. The bundle also comes with access to the new live-action digital series from executive producer Ridley Scott, Halo: Nightfall. This jam-packed offer gets you four great games in one bundle, and provides tremendous value for fans of Halo and the Master Chief.

The Xbox One Halo: The Master Chief Collection bundle is available in most regions where Xbox One is available so check with your local retailers for more details on availability.

With an unprecedented line-up of Xbox exclusives including Fable Legends, Halo 5: Guardians, Rise of the Tomb Raider and Forza Motorsport 6 plus a host of blockbuster third-party titles such as Battlefield Hardline and The Witcher 3: Wild Hunt all coming this year, 2015 is shaping up to be another amazing year for Xbox fans.

For all the latest Xbox One bundles and Xbox news, visit the Xbox Wire.

Gamers, the wait is over!

Fans of masterfully-crafted gameplay and emotional storytelling can embark on a harrowing and heart-wrenching journey to save a dying world today in Ori and the Blind Forest.

Available now on Xbox One and PC, Ori and the Blind Forest combines beautiful visuals, innovative gameplay and a cinematic score for an unforgettable experience.

Eager to learn more about the amazing world of Nibel and the making of Ori and the Blind Forest? Check out the link below for the video featuring footage from the game’s launch event in Hollywood on Tuesday, as well as Major Nelson’s interview with Moon Studios’ Thomas Mahler and Gennadiy Korol discussing their creative inspirations, and how a simple game concept that sprung from the basements of their homes blossomed into a breathtaking adventure that critics are already calling one of the year’s best.

For the full video and all the latest Ori and the Blind Forest news, visit the Xbox Wire.

Next week, the all-new 2016 Mazda MX-5 Miata will make its digital debut first in Forza as part of the upcoming Mazda MX-5 Car Pack! The brand new car pack features four iconic Mazda MX-5 models and will be available to download for free on “Forza Horizon 2” for Xbox One on March 18.

The Mazda MX-5 Car Pack features four amazing examples of the MX-5’s legacy of sporty style and thrilling driving. Starting with the car that reignited the world’s love of sports cars in the late 1980s – the 1990 Mazda MX-5 Miata – and featuring three other models, including the 2005 Mazda Mazdaspeed MX-5, the 2010 Mazda MX-5 Super20 concept car, and the upcoming 2016 Mazda MX-5, this pack covers more than 20 years of the MX-5’s legendary contributions to sports car history.

The Mazda MX-5 Car Pack will be making its worldwide debut this month at the Mazda booth (#513) at the SXSW Gaming Expo in Austin, TX. Stay tuned to ForzaMotorsport.net and the Forza Hub app on Xbox One, as well as our Twitter and Facebook pages.

For more information on the Mazda MX-5 Car pack, visit the Xbox Wire.

This month’s system update on Xbox One brings you some of the most-requested features by our fans including screenshots and improved tile transparency. We heard great things from members of the Xbox One preview program following their sneak preview and are excited to bring these great new features to everyone on Xbox One today.

Check out the list of features in the March system update include:

More system updates with cool new features are coming your way soon, so stay tuned for more details. Keep sending us your feedback!

To check out a video of the latest updates and for all the latest Xbox update news, visit the Xbox Wire.