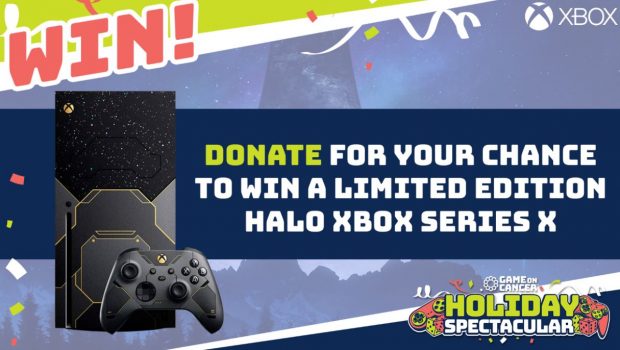 Cure Cancer’s Game on Cancer Holiday Spectacular is underway with $15k of the $100k target already raised with Aus Speedruns and Back Pocket leading the money raised so far.

To bolster fundraising, Xbox has donated one of their Halo 20th Anniversary consoles which sold out in minutes when pre-orders went live – so are the ‘red hot’ gaming item at the moment and this may be the only way you could lay your hands on one!

Anyone who donates to ANY fundraising campaign tied to the Game On Cancer: Holiday Spectacular will go into the running to win the console, no matter the donation amount