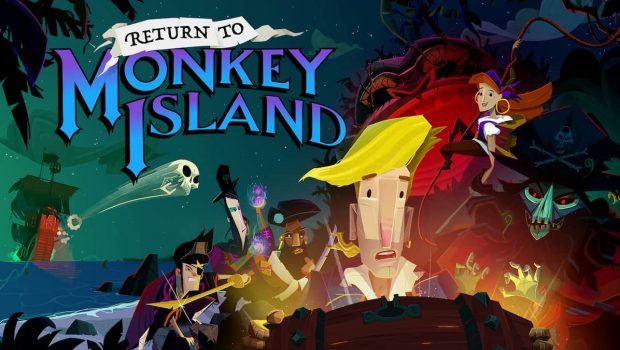 If you have ever wanted to solve a mystery in Bavaria centuries ago, mix it up with some aliens, or manage some football clubs – you have some really eclectic hobbies, and we have some games for you. With plenty of games available today, games coming soon, and updates to some of the games you might have already downloaded, we’ve got lots to cover. Let’s jump in!

The Legend of Tianding (Cloud, Console, and PC)
Available on day one with Game Pass: It is the early 20th century, and Taiwan is under the control of Imperial Japan. Play as the legendary outlaw and folk hero Liao Tianding, as you kung-fu fight your way through the colorful streets of Taipei in this sidescrolling beat-em-up.

The Walking Dead: A New Frontier – The Complete Season (PC)
As Javier, a young man determined to find the family taken from him, you meet a young girl who has experienced her own unimaginable loss. Her name is Clementine, and your fates are bound together in a story where every choice you make could be your last.

Ghost Song (Cloud, Console, and PC) – November 3
Available on day one with Game Pass: On the desolate moon of Lorian, a long-dormant Deadsuit awakens from slumber. Journey beneath the surface on an atmospheric 2D adventure of self-discovery, ancient mysteries, and cosmic terror. Explore winding caverns and acquire new abilities to unearth this alien world’s long-buried secrets.

Football Manager 2023 (PC) – November 8
Available on day one with PC Game Pass: Football Manager 2023 brings you closer to the beautiful game, from the supporters that live and breathe every match to your board, scouts, players and opposition managers. Earn the backing of the fans by outsmarting your rivals and delivering success on the pitch.

Vampire Survivors (Console) – November 10
Vampire Survivors is coming soon to Xbox consoles and you can play the full release today with PC Game Pass! Jump straight into the action, mow down thousands of night creatures, and survive until dawn! The gothic-horror world of Vampire Survivors will throw relentless hordes of monsters at you: make the right choices, or rely on your skills and favorite weapons to turn the tide and quickly snowball against your enemies.

Pentiment (Cloud, Console, and PC) – November 15
Available on day one with Game Pass: From Obsidian and Xbox Game Studios, step into a living illustrated world inspired by illuminated manuscripts and printed woodcuts in a time when Europe is at a crossroads of great religious and political change. Walk in the footsteps of Andreas Maler, a master artist who finds himself in the middle of murders, scandals, and intrigue in the Bavarian Alps. Choose your backgrounds, impact a changing world, and see the consequences of your decisions in this narrative adventure.

Somerville (Console and PC) – November 15
Available on day one with Game Pass: In the wake of an otherworldly invasion that’s left the world in catastrophe, you must find the means to make your family whole again. Explore a rich and atmospheric world, along with the intimate repercussions of large scale conflict, in a hand-crafted sci-fi narrative experience set across a perilous rural landscape.

Microsoft Flight Simulator 40th Anniversary Edition – November 11
From light planes and wide body jets to gliders and helicopters, fly highly detailed and accurate aircraft in the Microsoft Flight Simulator 40th Anniversary Edition, available to Game Pass members at no additional cost. Test your piloting skills against the challenges of real-time atmospheric simulation and live weather in a dynamic and living world. The sky is calling!

The following games will be leaving the Game Pass library soon, so there’s no better time than now to cross these off your play list. With the arrival of Football Manager 2023 on its way, Football Manager 2022 will be leaving the Game Pass library and delisted from the Xbox Store. Don’t forget to use your membership discount to save up to 20% on the remaining games you wish to keep in your library!

Grab your phone, download the Xbox Game Pass app, and make sure you’ve pre-installed the games coming soon you just added to your backlog! My pro-tip to you, for those times you want to be productive, but you don’t want to leave the couch. You’re welcome! We’ll see you back here for some more coming soon announcements with Xbox Game Pass. Cheers!