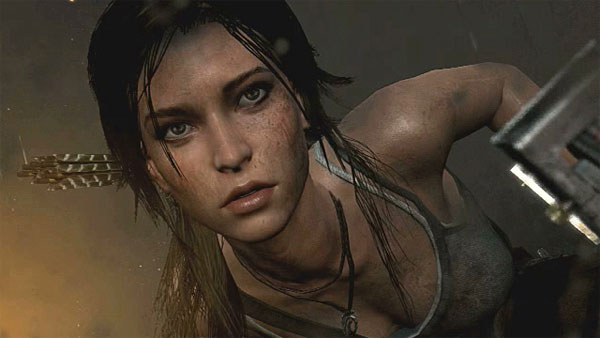 Microsoft reveals special Xbox One bundles for “Call of Duty: Advanced Warfare,” “Sunset Overdrive” and “EA SPORTS FIFA15,” shows off exclusive games and blockbusters coming this holiday, and provides a glimpse of 2015 with “Quantum Break,” “ScreamRide” and “Rise of the Tomb Raider”

SYDNEY, AUSTRALIA — August 13, 2014 — Last night Xbox opened gamescom 2014, Europe’s biggest video games expo, by showcasing the platform’s stellar portfolio of exclusive games and inviting more gamers into the next-generation with a family of Xbox One console bundles featuring some of the hottest blockbusters of the year – “Call of Duty: Advanced Warfare,” “Sunset Overdrive,” and “FIFA 15.”

Only on Xbox One this holiday will gamers be able to create Car Clubs of up to 1,000 members on the stunning roads of southern Europe in “Forza Horizon 2,” dive into the mayhem of Sunset City in “Sunset Overdrive,” experience the beautiful coming-of-age story of “Ori and the Blind Forest,” relive the complete story of a legendary hero in “Halo: The Master Chief Collection,” jump into the “Halo 5: Guardians” Multiplayer Beta, and experience exclusive content like “Halo: Nightfall” through an new digital entertainment network – “The Halo Channel.”

Led by the announcement that “Rise of the Tomb Raider” from Crystal Dynamics will launch in holiday 2015, exclusively on Xbox, today’s briefing also featured highly-anticipated blockbusters like “Assassin’s Creed® Unity,” “Call of Duty®: Advanced Warfare,” and “FIFA15™,” all available this holiday, as well as the award-winning next-gen shooter “Evolve™,” launching starting Feb. 10, 2015. The ID@Xbox self-publishing program also made a splash, highlighting dozens of independent games on stage that are coming first to console on Xbox One, including “Space Engineers,” “SUPERHOT,” “The Escapists,” “Smite” and “Below.”

More Value and Choice than Ever

“We’re excited to offer fans more choice and value than ever before,” said Head of Xbox Phil Spencer. “These bundles offer a great opportunity to enjoy Xbox One alongside an incredible line-up of first and third party games, making Xbox the best place to play this holiday and beyond.”

Xbox also announced a host of new updates coming soon to Xbox One; these include new social features to make it easier for gamers to connect with their friends, and new ways to access their TV and entertainment throughout their home. In the Xbox One dashboard, a new Friends section is being introduced, making it easier to see what your friends on Xbox are up to right now, what games they play most, as well as a new Gamerscore leaderboard where you can see at a glance how you compare to your friends in earning Gamerscore for the month.

Markets that will receive the Xbox One Digital TV Tuner this autumn2 will also have the ability to stream their TV programs from their console to the Xbox SmartGlass app, allowing another person to use the TV to play games on Xbox One.  Booting directly to TV and adding TV listings from cable and satellite apps to OneGuide are also coming. Lastly, we’re adding support for USB and DLNA to stream media to your Xbox One. Soon, Xbox One owners will be able to watch videos, listen to music, and browse photos from USB and DLNA with the most popular file formats, including Mpeg 2 TS, .MKV and animated gifs by the end of the year.

In addition to news about this year’s biggest games and console updates, Xbox unveiled “ScreamRide” from Frontier Developments coming in autumn 2015, and shared new details on two of 2015’s most anticipated exclusives from top European studios: “Fable Legends” from Lionhead Studios and “Quantum Break” from Remedy Entertainment.

“While this holiday delivers an unprecedented line-up of incredible first and third party titles, 2015 will also see Xbox at the forefront of gaming innovation,” said Microsoft Corporate Vice President Phil Harrison. “From the radical, time-bending entertainment experience that is ‘Quantum Break,’ to dynamic new multiplayer gameplay mechanics in ‘Fable Legends,’ to the ascension of one of gaming’s biggest icons in ‘Rise of the Tomb Raider,’ Xbox will remain the home of the best games, both today and in the future.”

Throughout the Xbox gamescom 2014 briefing, Spencer, Harrison and representatives from the world’s biggest developers delivered a series of updates and announcements on the stellar line-up of Xbox games and content, including:

More details on all the exciting Xbox news at gamescom can be found at http://news.xbox.com.