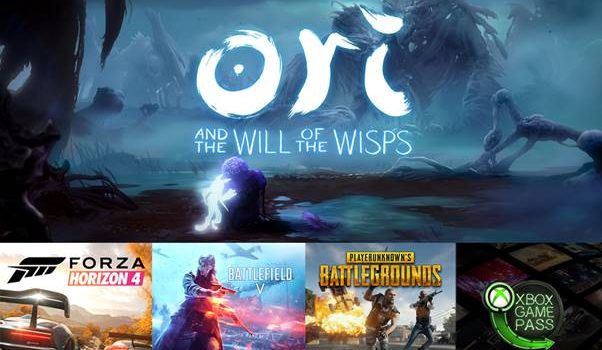 XBOX AUSTRALIA TO SHARE GAMING FOR EVERYONE AT PAX 2018

SYDNEY, AUSTRALIA –  October 22, 2018 – Xbox Australia has today announced its line-up for PAX Australia 2018. Gamers visiting the Melbourne pop-culture expo will have the chance to get hands on with the latest new and upcoming Xbox games and with over 80 Xbox One X consoles on booth, fans can get a taste for new games on the most powerful console ever.

From a festival of high-fidelity racing, fresh experiences in battle royale and first person shooters, the fantastic creativity of indie adventures or family gaming, there really is something for everyone at the Xbox booth at PAX Aus 2018, while Chris Charla, the Head of the ID@Xbox program, will discuss his expert views on the indie scene at various panels during the show.

Drop into battle in PLAYERUNKNOWN’S BATTLEGROUNDS War Mode, exclusively on the Sanhok map: the first time this mode will be playable on the new map. Get your crew together as the heart pumping FPS action won’t stop there – Battlefield V will have 32-player multiplayer featuring the Rotterdam map on Conquest mode, courtesy of EA. The fantasy action adventure Ori and the Will of the Wisps will be playable in all its beauty before release, while you can get up close to the McLaren 720S supercar and play fan favourite Forza Horizon 4 in person on the floor.

Plus, exciting new ID@Xbox games will be playable in Australia for the first time: Discover the foxy RPG action adventure Tunic, alongside Rooster Teeth’s Bendy and the Ink Machine, hit party game Supermarket Shriek, and the highly anticipated Ashen from New Zealand’s Aurora 44.

Fans can hear about the latest news from the team with Xbox Presents: Gaming For Everyone at the EB Live Stage on Friday at 1pm as well as hearing Chris Charla from ID@Xbox when he joins top indie developers from Devolver Digital and Dodge Roll to discuss how the industry can support indies at Indie Dev Support: The CSR of the Industry

As part of its commitment to accessibility, Xbox is supporting the NEXT Exhibit at PAX Aus, which will showcase diverse titles. The revolutionary Xbox Adaptive Controller will be showcased both here and in the returning PAX Aus Diversity Lounge, with a special demonstration at the latter by streamer Hand Solo.

Many of the titles on-booth will showcase the 4K, high-dynamic range (HDR) and 60 frames per second capabilities of the Xbox One X on Samsung QLED TVs. It’s an unbeatable combination that brings together the world’s most powerful gaming console and the colour and brightness only Samsung’s QLED TV can deliver for the most advanced 4K gaming experience.

Some of the great Xbox games on show this year include: