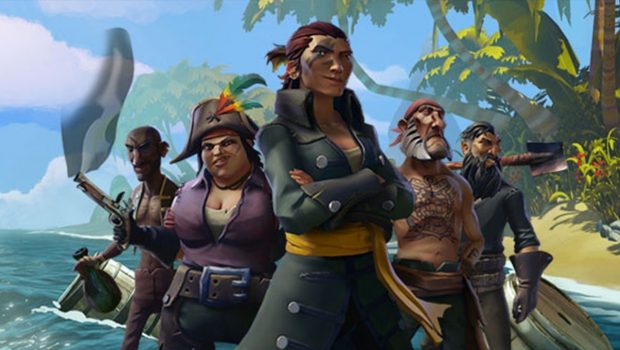 SYDNEY, AUSTRALIA –  October 20, 2017 – Xbox Australia has today announced its line-up for PAX Australia 2017, with gamers visiting the Melbourne pop-culture expo set to experience the true power of the highly-anticipated Xbox One X, over a week before its official release.

Whether you’re into high-octane racing, battle royale first person shooters, or family gaming, with titles on show from the most diverse line up of games in Xbox history, there really is something for everyone at the Xbox booth this year.

Fan favourites including Forza Motorsport 7, PlayerUnknown’s Battlegrounds and Super Lucky’s Tale will be available to play on the booth, in addition to new releases from local developers including Brisbane-based Defiant Development’s Hand of Fate 2, and Auckland’s Grinding Gear Games’ Path of Exile.

Meanwhile, set aboard the Belfast-built, three-masted Polly Woodside tall ship just outside of the convention centre, would-be pirates can take to the high seas with the highly-anticipated Sea of Thieves – the first time the game has been on show here in Australia.

What’s more, many of the titles on show will showcase the 4K, high-dynamic range (HDR) and 60 frames per second capabilities of the new Xbox One X.

This year, attendees can also join members of the Xbox international team in the convention centre’s Wombat Theatre on Saturday 28th October to discuss key industry topics. At 11am, Shannon Loftis (General Manager of Xbox Publishing) will be live on stage with local industry experts to discuss Women in Games in Australia , whilst Chris Charla (global head of ID@Xbox) will sit alongside Australian developers to discuss how indie games are taking the world by story in The Power of the Modern Indie at 3pm.

Some of the great Xbox games on show this year include:

Xbox Australia will also be broadcasting all weekend from the Mixer chill zone, located at the Xbox booth.