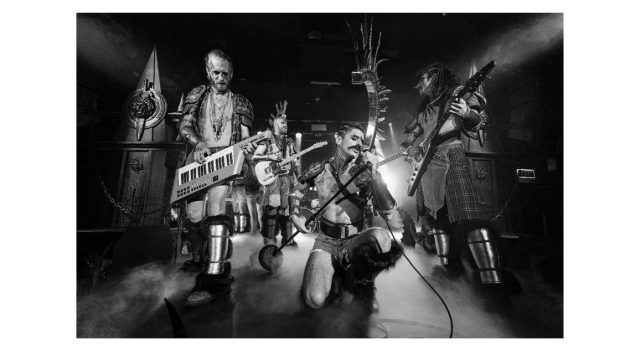 To celebrate the release of Total War™: WARHAMMER® III on Game Pass for PC, Xbox ANZ has debuted an official music video for the title track, “Death Is Like The Winter Chill.” The music video, directed by award-winning cinematographer Anthony Rose, follows Sydney metal band, Battlesnake as they immerse themselves in the fantasy of the award-winning Total War™: WARHAMMER® trilogy.

Filmed at Oxford Art Factory, the music video pays tribute to the high-fantasy and heavy metal aesthetic that makes the world of Warhammer Fantasy so unique. As fans of the franchise themselves, Battlesnake have created their own unique spin on the game’s bombastic atmosphere in their celebratory cover of “Death is Like the Winter Chill.” On the collaboration, Elliott Hitchcock from Battlesnake said: “Battlesnake was forged deep in the fiery pits of the underworld, so we share a mutual respect with those who wage battle in the Realm of Chaos.”“When we’re not shredding onstage, we’re normally wielding swords, so any game with swords is a game worth celebrating. We’re hyped to pay tribute to the legendary Warhammer  community and hope that our celebration brings some new Warhammer metal-heads to our shows in future to watch us get sweaty”, Elliot continued.

Total War: WARHAMMER III is a strategy game of god-like proportions, combining an epic turn-based narrative campaign and intense, tactical, real-time battles. Plunged into a cataclysmic power struggle between mortals and daemons, players will fight to save or exploit the power of a dying god within the Realm of Chaos campaign. Alongside this, groundbreaking new features are available including a narrative-drive Prologue tutorial campaign, eight-player multiplayer, and the customisable RPG-like Daemon Prince Legendary Lord.

“Total War: WARHAMMER III is the most ambitious game we’ve created to date so it’s only fitting we launched the game, available day one on Xbox PC Game Pass, in all of its head-banging glory”, said Chief Product Officer, Rob Bartholomew. “We are immensely proud of the final instalment of the Total War trilogy and in true metal fashion, we’re ending on a high note. We can’t wait for players to dive into the campaign, build their forces, secure their empire and conquer the world!”

Total War: WARHAMMER III will be free to download and play via PC Game Pass on day one. Players will be able to embark on strategic campaigns across the mortal lands and beyond.

Check out the official music video here, and more information on Total War: WARHAMMER III can be found here.