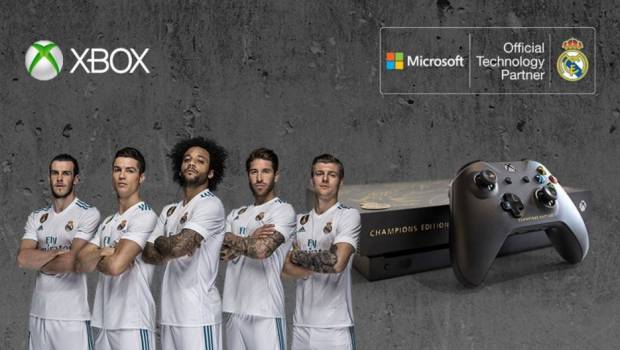 Last night, Xbox announced the creation of its newest, custom console in partnership with the 12-time winning UEFA Champions League team, Real Madrid. The one-of-a-kind Xbox One X console features the Real Madrid logo and is personally autographed by each player on the team.

One very fortunate fan will have the chance to win the console by participating in the global giveaway opportunity on Xbox’s Twitter from April 27 – May 4. To enter, follow the official Xbox Twitter account and RT the promotional post including the hashtag #XboxSweepstakes.

You can read more about the comp here.