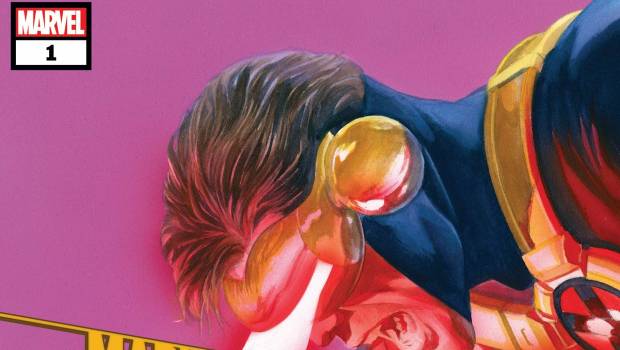 Summary: Major events of the Marvel universe as viewed through the eyes of normal people, in this case Scott Summers before he became Cyclops.

The next instalment in the continuing series of the events of the Marvel universe as seen through the eyes of ordinary people. In this case calling Scott Summers “ordinary” is a bit of stretch as he eventually becomes Cyclops of the X-Men.

It was good to see the Fantastic Four in action and the original Iron Man suit. Not sure of the time frame but it seems to be a couple of decades before the majority of stories set in the X-Men stories there is never really a date specified.

I knew of the X-Men and remember watching the animated series in the 1990s. They always tank the movies whenever they try to do the Dark Phoenix storyline. This does at least look like they are trying to do something different with the story and should be an interesting series.

There is some good artwork here and retro character designs and the normal human characters look good as does the setting.

I would recommend this one if you are a fan of the superhero genre and want something that goes a bit deeper into the back story of one of the main characters from the series.