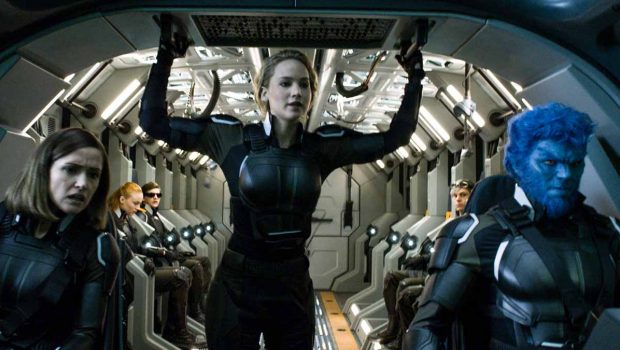 The X-Men film series is an ideological and artistic contradiction. The characters of the X-Men mutants, drawn from the popular Marvel comics, are meant to be a celebration of diversity and uniqueness, a bridge for ostracised people to cross over. Many commentators have interpreted the characters and their super powers as a metaphor for the LGBT community and an acknowledgement of their discrimination. But the diminishing quality of these films, including the overrated Days of Future Past, has allowed the series’ ideological goals of diversity and inclusiveness to tumble into the same derivate beats, rhythms and archetypes regularly served up from the comic book movie deep fryer. The lazy, depleted state of this genre and its circular relationship with the fans is in no sadder shape than Apocalypse, the third and hopefully last of the X-Men prequels. The relationship between Hollywood and the fans is not unlike the video games industry, where companies release a variation on the same game each year, knowing people will shuffle towards it in droves. This yearly dedication to films and video games invites complacency from the creators and fans alike. When money talks this loudly, neither party has to move outside their comfort zone and think about creativity and invention. But sadly, the loser will always be the fans; Hollywood never repays their trust with something new and scary. Instead, it can comfortably serve up overproduced sludge like Apocalypse, which might posture as a celebration of uniqueness and personal identity but is all too scared of realising its own idiosyncrasies.

Apocalypse’s narrative is at once baffling and derivative. It opens with a sequence in Ancient Egypt, and if you haven’t read the comics as I haven’t, you’ll have little idea of what’s going on or why. In what seems awfully similar to the plotline of The Mummy (1999), an ancient Egyptian villain is awoken from the dead and torments the world in the present day. Once reborn, this baddie named Apocalypse (Oscar Isaac) gives a boring spiel about cleansing the world of false gods. Afterwards, someone compares his evil mutant lackeys to the Four Horsemen of the Apocalypse! From the Bible! Meanwhile, the friends of Professor Xavier (James McAvoy), including Raven (Jennifer Lawrence), Quicksilver (Evan Peters) and others, are concerned about the threat of Erik aka Magneto (Michael Fassbender). Life is hard out there for a mega villain, with Erik now working in a steel mill. Having given up taking over the world for a 9 to 5 job, Magneto now has a family to consider. The gooey family scenes never unpack what Magneto’s wife saw in him and before long, she and their daughter are killed by hunters. “How can the same shit happen to the same guy twice?” John McClane would say. The “dead family” device is an unoriginal and lame excuse for Magneto to hate all of humanity again and join forces with Apocalypse to destroy the world. Meanwhile, in one of several overly fragmented threads, Cyclops (Tye Sheridan) harnesses his vision powers for the first time, leading to all the X-Men reuniting to take down the two villains. While designed for fans, surely they too have grown bored of the narrow trajectory these films are squeezed down and the generic end point of a boss battle that begs to ask why we’re afraid of being surprised. While superficial, one moment has troubled me since watching the film. To take him back to the dark side, Apocalypse teleports Magneto back to the empty Auschwitz concentration camp to remind him of the horrors of his childhood. Even though I liked X-Men: First Class, combining Auschwitz with an undead Egyptian god and characters with magic powers is a tasteless addition here, regardless of how important you think it is to the source material. 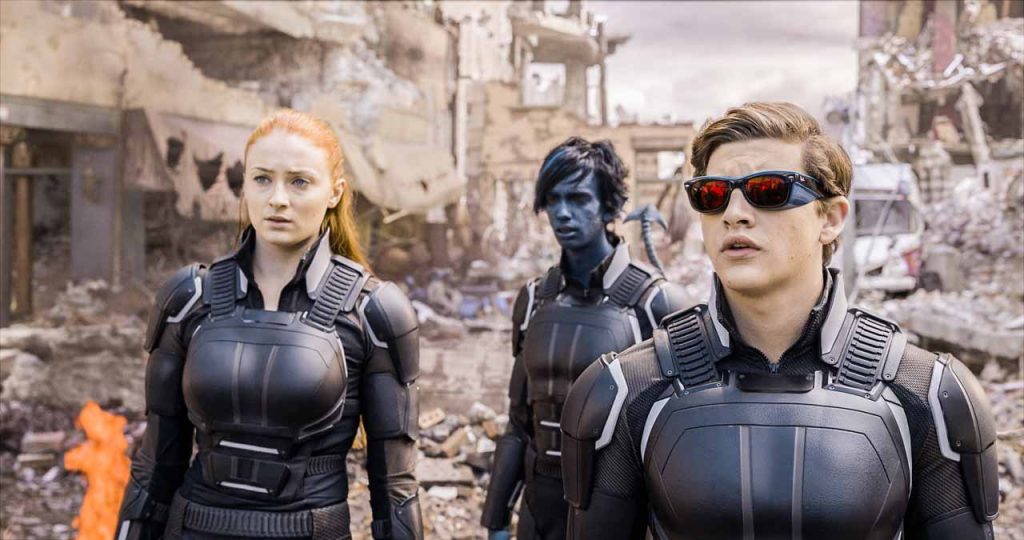 No amount of special effects can compensate for the film’s poor screenplay, with a story written alarmingly by four different authors. The save the world plot is too generic and weak for a movie stretching long past two hours and it doesn’t explore any new angle, crevice or hole this genre hasn’t thoroughly magnified. The glorious cast is a waste, especially when some actors are unfairly sidelined, particularly Rose Byrne. The others are playing action figurines without personalities or strong characterisation and are only identifiable by their super powers. Scenes are also lacking entirely in subtext—even when making those laughably simplistic allusions to the Bible—and too many transitions and developments are overwritten with exposition, which continues one of Days of Future Past’s major problems. The film’s only real interests are fan service, minor character arcs and combat, even if it’s ill-fitting. The Quicksilver scene, included only because of its popularity last time, is a comedic gag clumsily glued onto the back of a major dramatic story point. The same is true of the laboured, obligatory Stan Lee cameo, dumped in the middle of a missile strike. Likewise, a noisy appearance by Wolverine, emerging from a toy box, is a like halftime ad reminding us of his sharp claws and that his new movie is coming. Fox and the carelessness of director Bryan Singer (The Usual Suspects) are at fault. He believes that big special effects, stacking set pieces over one another and numbing us into submission with combat will make us care. The bigger and louder the effects become, the more we’re reminded that they’re drawn on a computer and present no risks to the characters, the audience or the actors. I prefer how films like Ex Machina and Midnight Special gently inject very cool graphics when needed or use a big set piece to progress the story. While it’s okay to enjoy big studio films of this size, one shouldn’t feel obliged to trudge through them annually and celebrate their mediocrity just because you carry the mantle (or the cross) of a fan.

Summary: While it’s okay to enjoy big studio films of this size, one shouldn’t feel obliged to trudge through them annually and celebrate their mediocrity just because you carry the mantle (or the cross) of a fan.