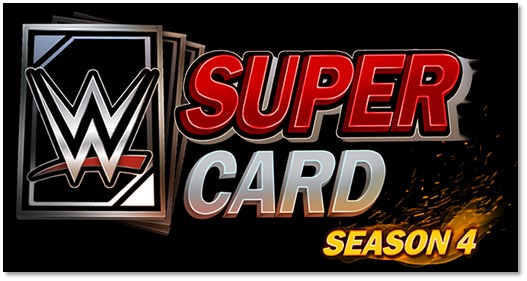 The Holiday Fusion Chamber, open from Thursday, December 14 to Tuesday, January 2, 2018, lets players enter eight of a specific ingredient into the chamber to create one golden version. Once you have eight of the same ingredient, you can toss those in for a special Holiday Gift! Each ingredient makes a different Holiday Gift, and each pack contains different items, as shown below:

Until the Chamber opens, two Holiday Ingredient Packs will be available in the Pack Store:

In addition to all this holiday fun, WWE SuperCard – Season 4 will see the Enhancement Limit increase from 50 to 75 and will grant players with 100 Credits to purchase their first Holiday Survival Kits containing some of these ingredients, as well as a holiday themed card back. With over 30 exclusive holiday themed Superstar cards available across nine tiers, the WWE SuperCard – Season 4 Holiday Event has something for everyone.

For additional details on this promotion, check out the blog post here: https://wwe.2k.com/news/entries/wwe-supercard-holiday-event-it-s-the-most-wonderful-time-of-the-year