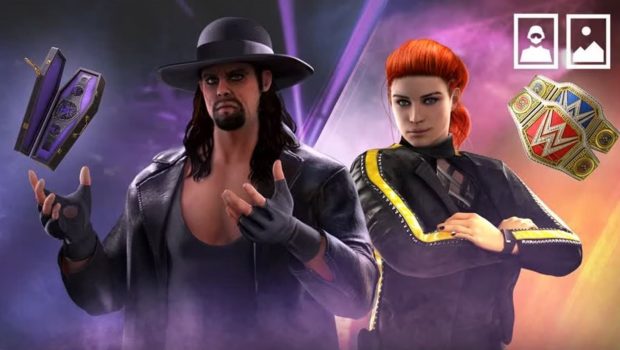 The Deadman Bundle for Blackbeard includes the Undertaker uniform, special headgear, Operator portrait, the Undertaker Championship charm, as well as the Moonlight Brawl background and The Tombstone weapon skin for the MK17 CQB.

An additional bundle for Thorn brings The Man uniform, headgear, and Operator portrait. Players can wear the WWE Championship Titles charm, the I Am The Man background and equip the Dis-Arm-Her weapon skin for the UZK50GI. Players can choose their champion by purchasing bundle for 2160 R6 Credits each or buy both together in the WWE Rumble Bundle for 4080 R6 Credits.