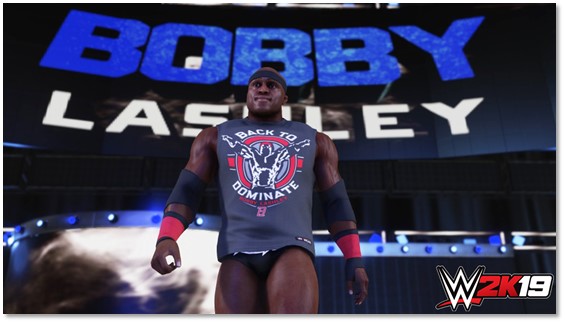 Conquer the ring with some of WWE and NXT’s most powerful Superstars.

In addition to playable versions of Bobby Lashley, EC3 and War Raiders (Rowe and Hanson), the Titans Pack also features a unique set of Towers, each designed to test your skill with each DLC character across five matches:

For each Tower, earn in-game currency for reaching set tiers of points and for completing the Tower. The WWE 2K19 Titans Pack is available now for $9.99. Additional content packages will release in late 2018 and early 2019.