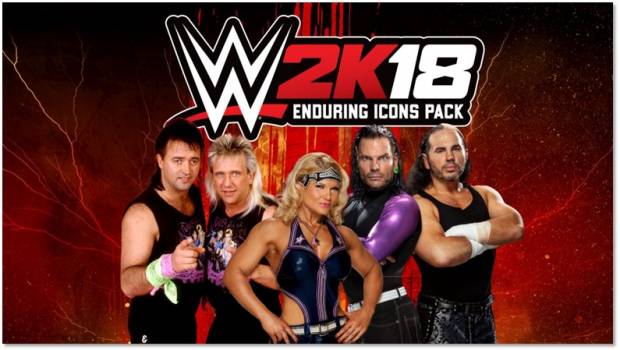 The Enduring Icons Pack is available now for the PlayStation®4 computer entertainment system, Xbox One and Windows PC; the pack is also included as part of the WWE 2K18 Season Pass. In addition, the Enduring Icons Pack will be available for Nintendo Switch™ at a later date. For additional details, please see the blog post here: https://wwe.2k.com/news/entries/wwe-2k18-enduring-icons-pack