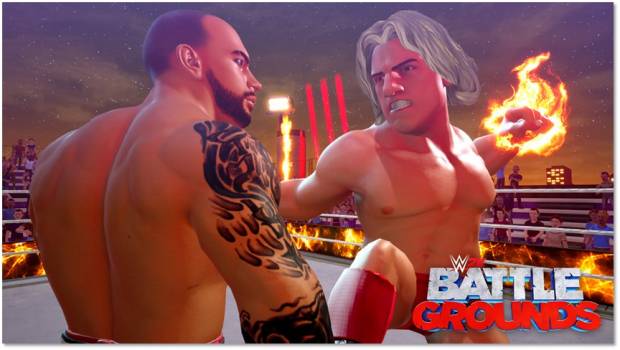 The following WWE Superstars, Legends and Hall of Famers, as well as new arenas, are currently scheduled to appear in WWE 2K Battlegrounds via automatic updates, with some content requiring unlocking**: