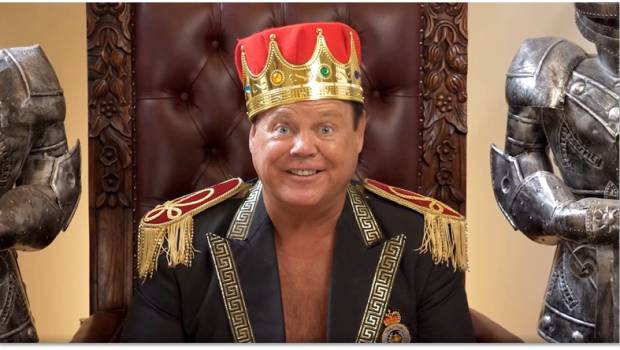 2K today released a new trailer for WWE® 2K Battlegrounds, the arcade-style WWE brawler currently scheduled for release on September 18 and available now for pre-order in both digital formats and at participating retailers.

In “Clash of the Eras,” WWE Hall of Fame commentator Jerry “The King” Lawler cheers on the WWE 2K Battlegrounds roster of WWE Legends – such as Undertaker, Mankind, Beth Phoenix and the Bella Twins –  as they compete in fantasy matches against several of today’s most popular WWE Superstars, including Roman Reigns, Drew McIntyre, Bayley, Sasha Banks, Finn Bálor and more. While Lawler shows his allegiance, he is joined in the trailer by renowned sports broadcaster and WWE NXT’s Mauro Ranallo, who will make his WWE 2K in-game debut as a member of the WWE 2K Battlegrounds commentary team.