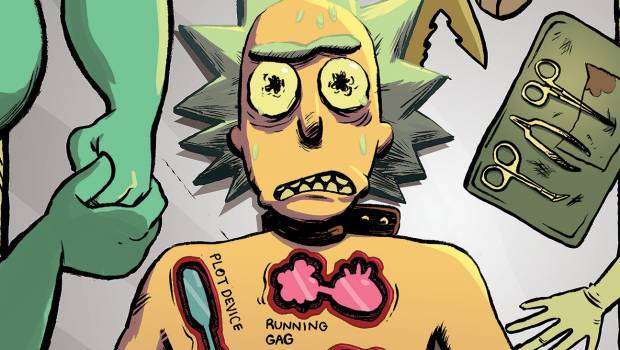 Oni Press is gettin’ schwifty over a brand-new Rick and Morty™ treasury edition to be released on Local Comic Shop Day, November 17, 2018.

Rick and Morty™ is the critically-acclaimed, half-hour animated hit comedy series on Adult Swim that follows a sociopathic genius scientist who drags his inherently timid grandson on insanely dangerous adventures across the universe. Rick Sanchez is living with his daughter Beth’s family and constantly bringing her, his son-in-law Jerry, grand-daughter Summer, and grand-son Morty into intergalactic escapades. Can the family survive Rick’s insanity and all the chaos the universe throws at them? 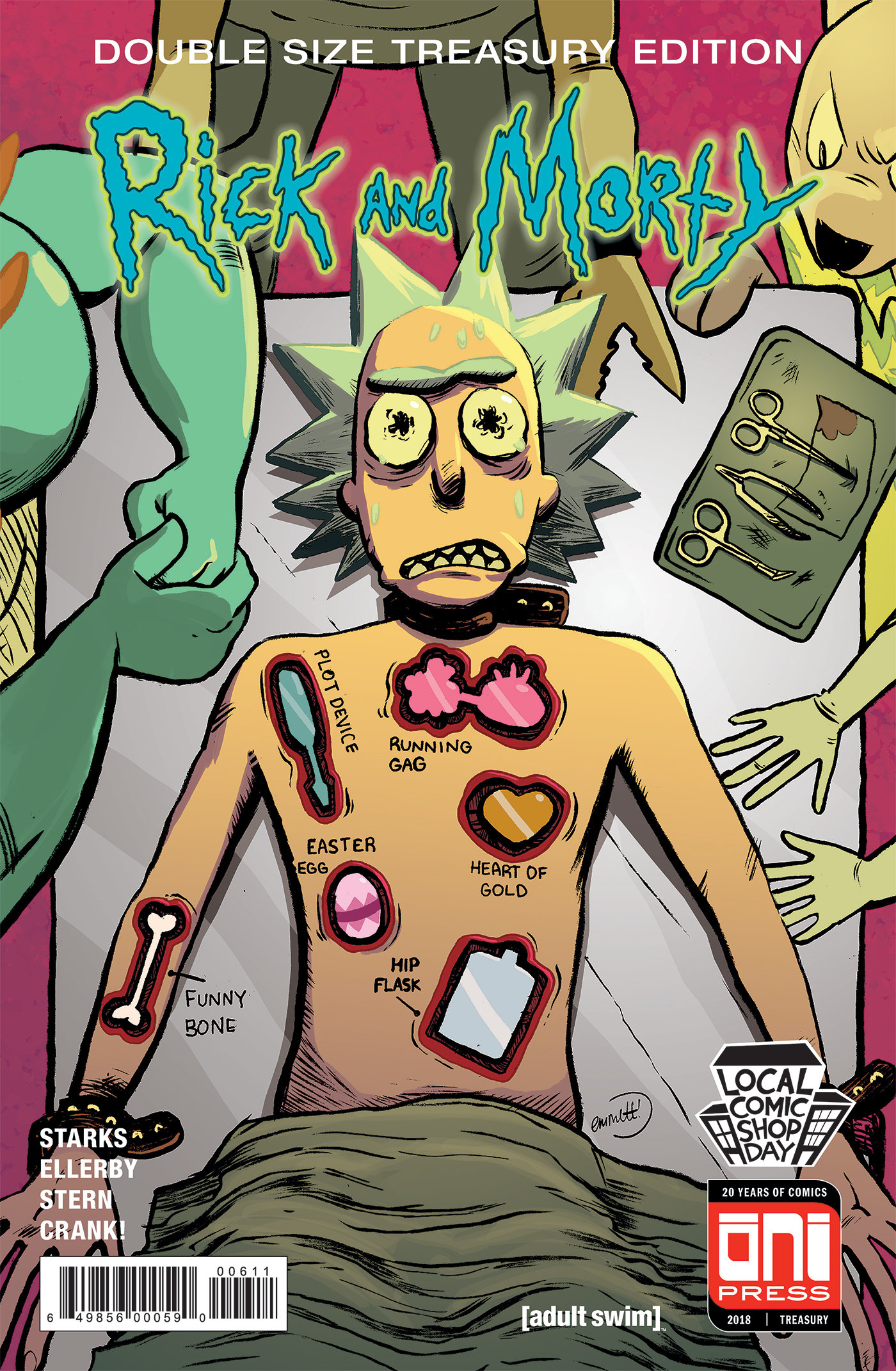