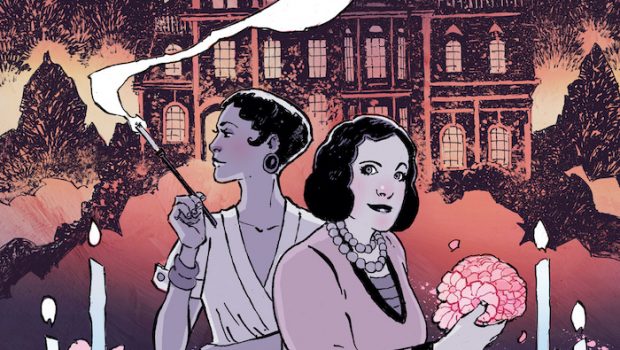 This year, legendary HELLBOY creator Mike Mignola, bestselling co-writer Chris Roberson, artist Leila del Duca, letterer Clem Robins, colorist Michelle Madsen, and cover artist Christopher Mitten are inviting readers to THE HOUSE OF LOST HORIZONS. In this four-issue series from Dark Horse Comics, a locked-room murder mystery puzzles paranormal detective Sarah Jewell and her associate Marie Therése when a weekend trip to a private island off the coast of Washington goes awry. Trapped by a storm and surrounded by myriad suspects who have gathered for an auction of occult items, the intrepid duo must unravel the supernatural mysteries surrounding the guests in the hopes of uncovering the murderer. But all the while bodies keep piling up, and at any moment Sarah or Marie Therése could be next….

Co-writer Chris Roberson explains, “When Mike Mignola and I first conceived of the character of Sarah Jewell, she was a young woman who would investigate supernatural mysteries alongside the Witchfinder Sir Edward Grey in the 1890s. But then we ended up introducing her first as an older woman in the 1920s, traveling the world with her companion Marie-Thérèse LaFleur in the pages of Rise Of The Black Flame. Ever since then I’ve wanted to do a proper murder mystery featuring the older Sarah and Marie-Thérèse, inspired in large part by my love of Agatha Christie. When we were first discussing the idea that eventually became The House of Lost Horizons, I compared notes with Mike and our editor Katii O’Brien to see who each of us had in mind to draw it. All three us had put Leila del Duca at the top of our lists, because we knew that she would be perfect for capturing the period setting and the creepy weirdness that ensues.” 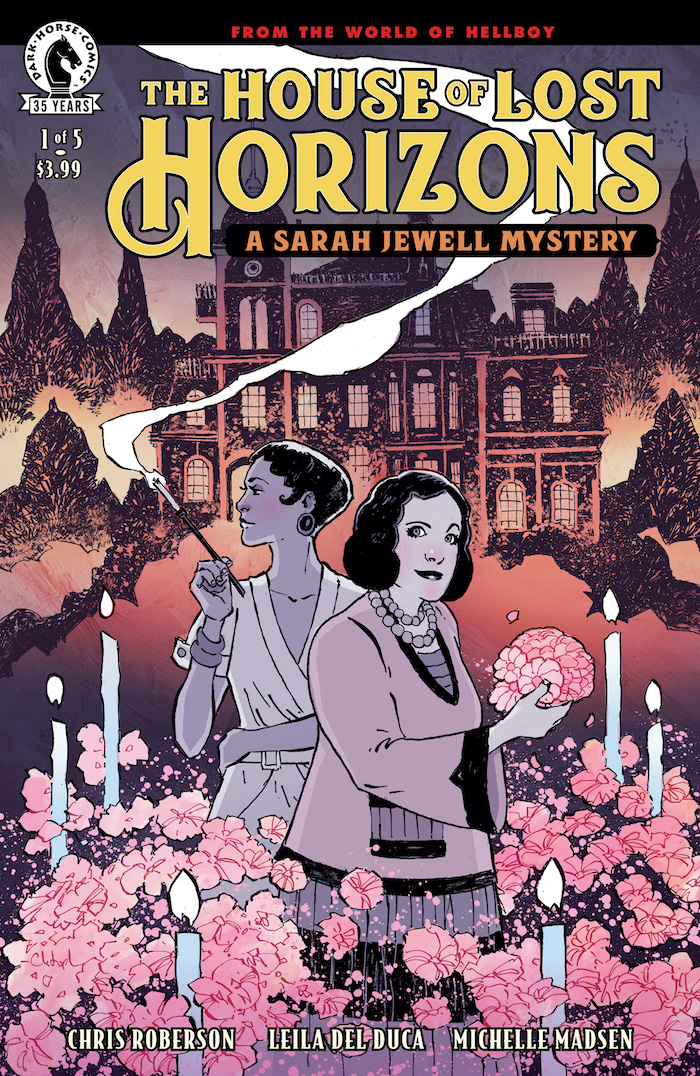 “I was hooked on this project as soon as Chris pitched me the premise at a convention a couple years ago,” said Leila del Duca. “A supernatural murder mystery featuring a rad adventurer lady and her kick-ass colleague? I’m in! I’m also a massive Hellboy fan, so I was thrilled to be doing a story set in the Hellboy universe. Working with Chris, Mike, and the rest of the team was a great time and I hope everyone enjoys this moody, eerie tale.”

THE HOUSE OF LOST HORIZONS will debut from Dark Horse Comics in comic stores on May 12, 2021, retailing for $3.99.