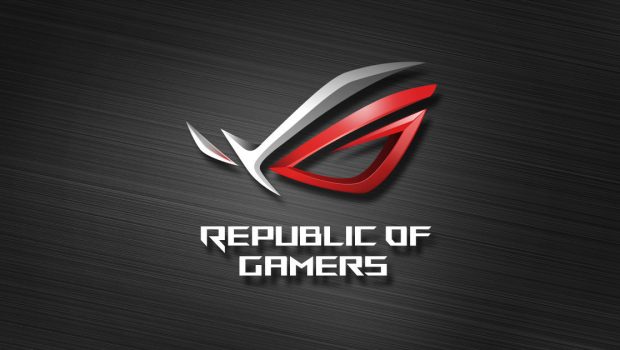 Chimera is the world’s first gaming laptop with an ultra-responsive 144Hz wide-view display and a 7ms gray-to-gray response time, delivering smooth and seamless visuals never seen before on a laptop. ROG Strix XG35VQ is a 35-inch UWQHD (3440×1440) curved monitor with a 100Hz refresh rate and a 21:9 aspect ratio. The Join the Republic showcase also featured dedicated areas for AAA gaming and esports, highlighting the ROG commitment to creating the best gaming products for every type of gamer, and giving visitors the opportunity to try the latest ROG products firsthand.

“Gamers have different needs, and this is what Join the Republic is all about: offering the best solution to every gamer, regardless of their gaming preferences,” said Global Marketing Director of Republic of Gamers, Derek Yu. “We’re all very excited to bring this incredible lineup of ROG gaming gear to IFA this year.”

All ROG gaming products featured in the showcase will be on display at the ASUS Sales and Media Lounge at Berliner Freiheit on September 1–2 and September 4–5, 2017 from 9:00 a.m.–7:00 p.m. Visitors to IFA 2017 are invited to visit the lounge to experience the latest ASUS innovations for themselves.

ROG Chimera is the world’s first gaming laptop to have an ultra-responsive 17.3-inch Full HD wide-view display with G-SYNC™ technology for a 144Hz refresh rate and 7ms response time. Powered by the factory-overclocked Intel® Core™ i7-7820HK processor that reaches incredible speeds of up to 4.3GHz out of the box, it enables gamers to play AAA games at maxed-out settings. Together with NVIDIA® GeForce® GTX 1080 graphics — that can reach a maximum boost clock of up to 1974MHz — and Windows 10, Chimera is an unmatched gaming powerhouse.

Chimera brings together the best of laptop and console gaming: with built-in Xbox Wireless, gamers can effortlessly connect their favorite Xbox® accessories to the PC without the need for multiple adapters, and without having to swap controllers when switching between console and PC.

ROG Strix SCAR Edition was built with special attention to FPS gamers looking for a competitive edge. Available in 15-inch and 17-inch models and featuring Windows 10 Pro, Strix SCAR Edition is powered by the latest Intel Core i7 processors and NVIDIA GeForce GTX 10 Series graphics. The display on Strix SCAR Edition has a super-fast 5ms response time and 120Hz refresh rate that work together to deliver smooth and accurate visuals and to eliminate motion blur, and an even faster 144Hz, 7ms display option will soon be available. Strix SCAR Edition also comes with a desktop-style keyboard layout, fast-actuation keys, and N-key rollover to provide absolute precision during the game.

All-around performers, the 15-inch ROG Strix GL503 and 17-inch ROG Strix GL703 are powered by the newest Intel Core i7 processor, up to NVIDIA GeForce GTX 1060 graphics, and Windows 10 Pro, equipping the gamer to control the competition. Both laptops also offer up to 32GB of fast DDR4 2400MHz memory and include a VR-ready GeForce GTX 1060 GPU that delivers smooth and stutter-free gameplay for unforgettable virtual-reality experiences.

The world’s first gaming laptop featuring the AMD Ryzen™ 7 processor, ROG Strix GL702ZC combines AMD’s revolutionary Ryzen platform with the ROG gaming design legacy and is designed to satisfy the needs of hardcore gamers and users with multimedia-heavy workloads. With a 17-inch wide-view display, and an anti-ghosting backlit keyboard for fast, accurate control, Strix GL702ZC is a finely-tuned weapon backed by eight-core power for a competitive edge.

ROG Swift PG27VQ is a 27-inch 2K WQHD (2560X1440) 1800R curved monitor with an overclockable 165Hz refresh rate, ultra-fast 1ms response time, and NVIDIA G-SYNC technology. It is also the first gaming monitor to feature ASUS Aura Sync lighting on the back design and synchronize the lighting with other AURA-enabled components and peripherals.

The brand-new ROG Strix XG35VQ is a 35-inch UWQHD (3440×1440) curved monitor with a 100Hz refresh rate, Adaptive-Sync technology and a 21:9 aspect ratio. It features Aura Sync lighting on the back that can be synchronized with in-game audio, or with Aura Sync-enabled PC components, keyboards and mice — allowing for limitless customization possibilities.

All X399 motherboards share the same core features, including one-touch intelligent overclocking, refined cooling control, advanced connectivity and improved RGB lighting; ROG Strix X399-E Gaming is devoted to a whole new generation of gamers who enjoy broadcasting their performance as much as they enjoy hardcore gameplay. With support for three dual-width graphics cards and dual NVMe® SSDs, Strix X399-E Gaming can be easily scaled up or down to meet the gamer’s needs.

ROG Strix X299-E gaming is set to make any gamer as agile as their ambitions, with superior SupremeFX audio for deeper in-game immersion, Aura Sync with an all-new addressable-RGB-strip header to unleash infinite lighting possibilities, and special mounts that make it easy to customize 3D-printed upgrades.

Powered by ASUS (PBA) is an alliance between ASUS and local PC builders, involving over 500 partners across more than 40 countries, and providing the greatest diversity of gaming system options for gamers. Some of the impressive results of the fruitful PBA program are ROG Zenith Extreme and ROG Strix X399-E Gaming, built by Caseking from Germany, and ROG Strix X299-E Gaming, built by Scan Computers from the UK. With the best ASUS components inside, users can rest assured that they have solutions with the best possible compatibility, safety, and durability.

The Join the Republic showcase also featured a perfect example of how the ROG product lineup makes the creativity of the case-modding community thrive: displayed in the AAA area, L3p Tou is the latest creation of 36-year-old Dutch modder Peter “L3p” Brands. It blends the incredible performance of an ROG Rampage VI Extreme gaming motherboard with a custom liquid cooling loop, addressable Aura RGB lighting and limited edition EK water block – all in an IN WIN Tou chassis.

[1] Only models with a single graphics card can be overclocked

[2] System has to be rebooted to activate memory overclocking 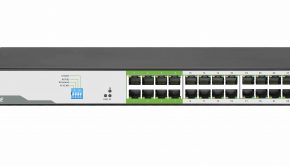