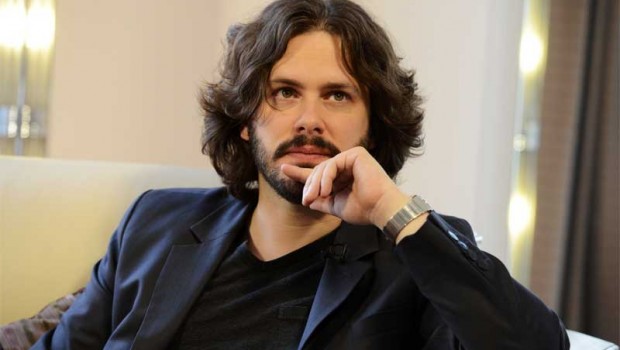 A long time collaborator of Simon Pegg, Nick Frost and producer Nira Park, Edgar Wright directed both Shaun of the Dead (2004) and Hot Fuzz (2007). He worked on the TV series Spaced (1999-2001) and he directed the feature Scott Pilgrim vs. the World (2010). He co-wrote Steven Spielberg’s The Adventures of Tintin (2011) with Joe Cornish and Steven Moffat and next he will direct a film adaptation of the Marvel Comics superhero Ant-Man (2015). His latest film is The World’s End (2013), which he co-wrote with Simon Pegg… 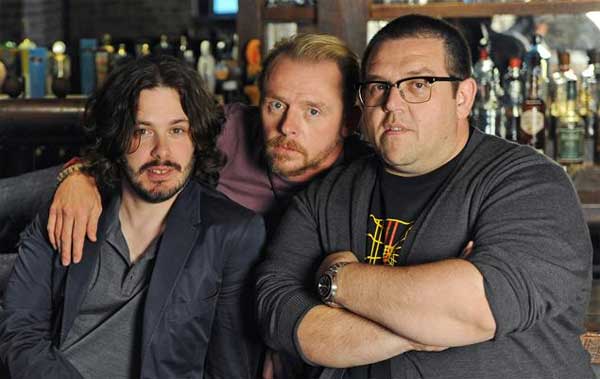 Q: You grew up in a small town. How much of your personal experience is in this film?

A: I would say 98 per cent — everything except the robots! I did grow up in a small town. The town in which we shot Hot Fuzz (2007) is my hometown. So a lot of the movie does come from childhood reminisces. On the surface level, the villains of the piece are the robots but really the villain is nostalgia itself and the danger of looking backwards and going backwards. You have five characters, four of whom are adults and one who wants to drag them all back to their teenage years. It is a big mistake. It is always something I find a rich topic and something that Simon Pegg and me always want to talk about, because there is this thing about perpetual adolescence and people trying to stay in their teens forever and there is obviously good and bad things about that.

A: Yes, I think it is. That is what nice about writing these films, and I would say exactly the same thing about Shaun of the Dead (2004)stores are disappearing.

Q: Was it difficult to blend sci-fi and comedy?

A: I do not think it was, actually, because I think what we wanted to say in the comedy completely lines up with the sci-fi aspect — because the whole movie is about questions of identity and reality. It is pretty much all summed up in the line that Gary King (Simon Pegg) says: ‘It is not us that has changed. It is the town.’ He does not want to believe that he has changed so he is very happy to blame it on the invasion, but the truth is they have both changed. But Gary does not want to accept that he is in any way different than he was at 18 and the sci-fi is like that social science fiction genre, The Quiet Invasion. They used to call that the Cosy Catastrophe by showing global events through the keyhole of a small town. That is a huge part of sci-fi in the ’50s and ’60s and ’70s both in UK and in other countries and that seemed to tie in with what we wanted to say about hometowns — that you cannot go home again.

Q: Male bonding is also important in the film, right?

A: Yes, and in this one we wanted to do something where there had been a rift, at least between the two main friends, because a lot of people have that experience. Also we wanted to change the dynamic from Shaun of the Dead (2004) and Hot Fuzz (2007).  In this one, Simon Pegg and Nick Frost are best friends in real life, but it is more dramatically interesting to pitch them against each other — in terms of people who were great friends when they were 18 but something very bad has happened between then. I think a lot of people have had experiences with someone they were very friendly with when they were growing up and whom they have had to cut off, because they are bad news. Lots of people know somebody like Gary King (Simon Pegg). It is funny that as response to the movie a lot of people say, ‘Oh, man, I know a Gary King,’ or ‘That reminds me of my brother,’ or ‘I am Gary King!’ Within the three films we cover male friendship in very different ways. 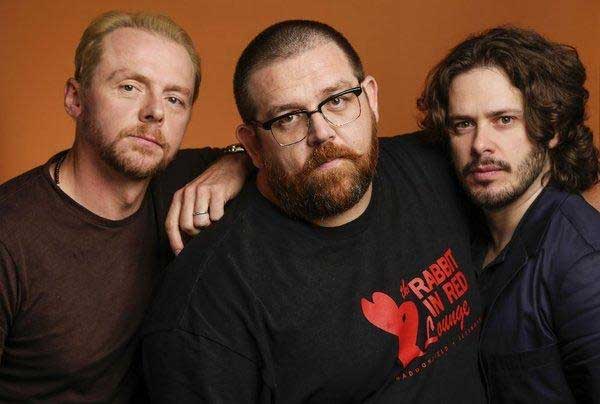 Q: Which character are you closest to?

A: I think there are little bits of me in all three of the other characters, really. Gary King (Simon Pegg) is quite an extreme character but there are elements of him that I sympathize with and I want him to have redemption because even though he has made a lot of bad mistakes over the years you want him to find his way back to being king of the castle again. That is what the movie is about. I think that Simon Pegg and myself put ourselves into all of the characters, really.

Q: Are there pros and cons of working with a close friend like Simon Pegg?

A: I do not think there are any cons to it, actually, certainly with these movies. The good thing about working with your friends is that you are very honest with each other. Sometimes, you do not really know whether someone might have an issue that they are not telling you, or that you will never find out until way after the fact. But when you are friends with someone that comes out very quickly. With me and Simon Pegg, if we ever have differences they are resolved very quickly and if we ever have arguments when we are writing it is usually dissipated by the time one of us has gone off to get the coffee. We walk around the block and then we calm down. Working with Simon Pegg is great because we both enjoy it and are very passionate about the genres we have written for, but we also have a lot of ourselves in there and that is the thing that is fun. We have made a zombie film and a cop film and a sci-fi film and yet have managed to be quite personal in all of them, even Hot Fuzz (2007), which does not seem as though it is a personal movie.

Q: How does the writing process work?

A: We wrote The World’s End (2013) together. We sat in the same room and did it together. We started working in LA for a couple of weeks and then we came back to London and finished. We are very diligent. We work 9-6 each day. We do not do the thing of going through to four in the morning. We work regular office hours and we sit opposite each other and just write.

Q: Is any beer drunk during the writing process?

A: None. Simon Pegg does not drink any more. Three of the five guys in the movie do not drink now, though they all remember what it is to be drunk. I stopped drinking during production. I just stopped completely and then I had my first drink again on wrap. I had a glass of champagne.

Q: How do you enjoy working with the special effects?

A: I think it is great. I did a lot of the effects in Scott Pilgrim vs. The World (2010). In this, the effects are a mix between practical and digital but you use digital effects only when it is something that cannot be achieved practically. Headless people, you cannot do that practically. In old movies, they used to have a dummy but that does not look so good anymore so now there is a fancy way of doing it. I love those aspects. It is interesting to do the effects but to keep everything looking very real.  They are all filmed on location and yet you have quite complicated special effects going on. In a way, if it is done well, you should not really notice how it has been done.

Q: Did you watch films like Invasion of the Body Snatchers (1978) when you were growing up?

A: Yes. In fact the 1978 remake, the Philip Kaufman one, is one of my favourite films. I love that movie and there is great location work in that movie. That was a great inspiration. I love that remake a lot.

Q: Are you surprised that your films do well abroad? The humour is very British…

A: It is a very pleasant surprise. With Shaun of the Dead (2004), we were very pleasantly surprised at how well it travelled because it was important to us that it was very British and it was important that this third one has an all-British cast because people in other countries respect that more. When you see British films and they have put an American actor in the lead it feels false. With Shaun of the Dead (2004) we had no idea how it would do in the UK let alone whether it would catch on in other countries. So that was very pleasing to us. If we watch a film from another country, we would like to see that culture intact. To me, it is a no brainer. Why would you like Americanise a British film? It does not make any sense. 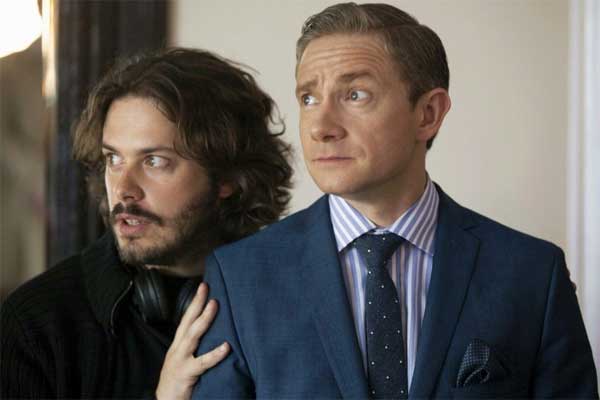 Q: How did it feel to make all those English character-actors do all those action skills in the film?

A: I think that they had a whale of a time, though it is ironic that Simon Pegg, Nick Frost and Martin Freeman are all in their 40s and I put them all through the most punishing fight scenes. But, they loved it and they all took it very seriously, especially Simon Pegg, who having seen Scott Pilgrim vs. The World (2010), said, ‘I can do what a 20-year-old did!’ Brad Allan, who is our stunt coordinator and who is part of Jackie Chan’s team, is a very hard taskmaster. He really put the actors through their paces. He works with Jackie Chan; he worked on Kick-Ass (2010) and Scott Pilgrim vs. The World (2010). He is amazing. But he designed the fights for their physical capability. You can see in the fight scenes that it is the actors actually doing it. Nick Frost is amazing in the fight scenes. His timing is bang on and it all about choreography and timing. I am really proud of how well the actors did in the fight scenes. 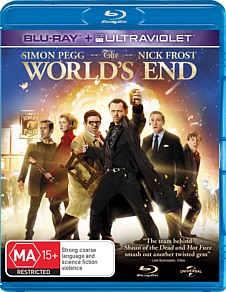