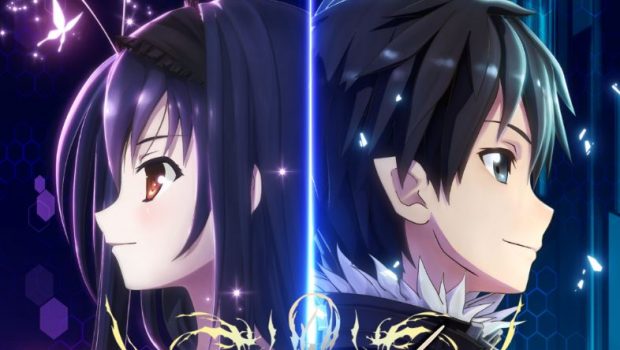 The virtual and accelerated worlds have collided! Sword Art Online’s Svart Alfheim and the Accelerated World have begun to merge, and in the midst of the chaos, Yui has gone missing. Join Kirito and over 30 playable characters, as they challenge the Seven Kings of Pure Color from the Accelerated World to gain access to Yui’s location. Players from both groups come together in a war of the worlds where the strongest Burst Linkers and ALO Players are on a mission to save Yui from the hands of Persona Vabel, a mysterious figure who lives a thousand years in the future.

ACCEL WORLD VS. SWORD ART ONLINE is a dream anime crossover bringing together characters from two of Reki Kawahara’s celebrated franchises — ACCEL WORLD and SWORD ART ONLINE. The game features a large roster of characters from the anime and award winning series enabling fans to build out a three-person dream team with their favorite characters and utilize their special abilities in battle from both ACCEL WORLD and SWORD ART ONLINE. By mixing and matching characters from both worlds, players will be able to create an unstoppable team as they embark on an epic action role-playing game adventure. Players will also be able to team-up with three other friends to battle rivals in fierce online multiplayer modes. Additionally, through the use of a new Switch System built in to ACCEL WORLD VS. SWORD ART ONLINE, players can enjoy fast-paced battles while switching to different characters, enabling them to chain together long combos with no stop to the action on screen.

The Day1 of the title as more to share with the fans of the saga. It will arrive with two exclusive contents for those who are part of the Bandai Namco Entertainment Loyalty Program:

–        Discover the beginning of the story with the exclusive Digital manga, and found out on what comes next with the official videogame

–        SAO ORDINAL SCALE PACK that features Kirito and Asuna Ordinal Scale Costumes and a second Playable Character: Yuna available from today to the 7th August in limited quantities for free

To get both these packs, the player has to connect to www.bandainamcoent.eu, subscribe to the loyalty program if it is not already the case and request the code that he will receive by mail.

ACCEL WORLD VS. SWORD ART ONLINE is now available physically and digitally for the PlayStation®4 system and digitally for PlayStation®Vita system. To find out more about Sword Art Online games, please head to http://www.swordartonline-game.com and join us on www.facebook.com/swordartonlinegames. For more information regarding products from BANDAI NAMCO Entertainment Europe please visit: https://www.bandainamcoent.eu, https://www.facebook.com/BandaiNamcoEU, and join the conversation at https://www.twitter.com/BandaiNamcoEU