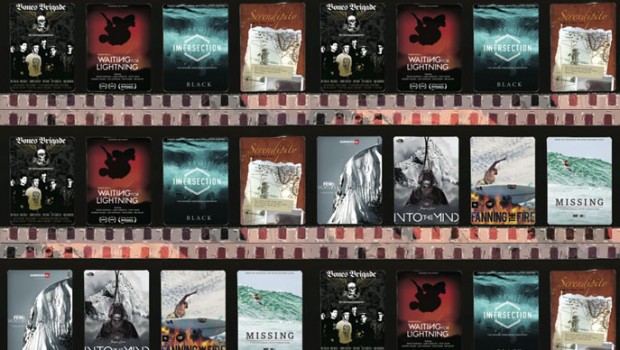 For the first time ever, action sports fans can attend the Australian premiers of the biggest surf, skate and snow films at the inaugural TILT Action Sports Film Festival, which opens with the lauded McCONKEY and closes with the long awaited release of two-time world surfing champion Mick Fanning’s MISSING.

With nine films playing over five sports themed nights, TILT kicks off on Monday 11 November with the US BOX office hit and Tribeca Film Festival favourite McCONKEY’. This feature length documentary celebrates the inspirational life of Shane McConkey and the legacy he left to the progression of freeskiing and ski-BASE jumping.

Night two, on Tuesday 12 November, pays homage to skateboarding, featuring Sundance Film Festival favourite, Bones Brigade, the story of Tony Hawk, Rodney Mullen and a generation of the world’s most innovative skaters who turned skateboarding into a global phenomenon in the 1980s. Sharing the bill is Waiting for Lightning, the biopic about Danny Way who infamously jumped the Great Wall of China.

Night three offers a retrospective look at surfing with Serendipity, the story of Aussie surfer Anthony Hussein Hinde’s journey of discovery in Maldives and featuring the likes of Bob McTavish, Tom Carroll, Rabbit Bartholomew, and many more. While the second film, INNERSECTION: BLACK debuts 13 sections of pure surfing footage filmed around the world in Taylor Steele and Nathan Myers open-source freesurfing comp.

Night four is for snow fans, with the debut of Into the Mind, the stunningly shot groundbreaking look into the minds of athletes who expose themselves to fatal risk in their quest for achievement. Also showing is the movie touted as a snow film for the ages, Few Words, which offers a visually stunning insight into the highs and life threatening lows of world champion freestyle/freeride skier Candide Thovex.

NOTE TO EDITORS: Fanning will officially launch the Festival alongside some of the biggest names in surf, skate and snow at the preview celebration in Sydney on Wednesday 6 November 2013 with a musical performance by Kid Mac.

MEDIA KIT: Trailers, Individual film synopses, previews, images and more can be downloaded individually from the press kit which is available here