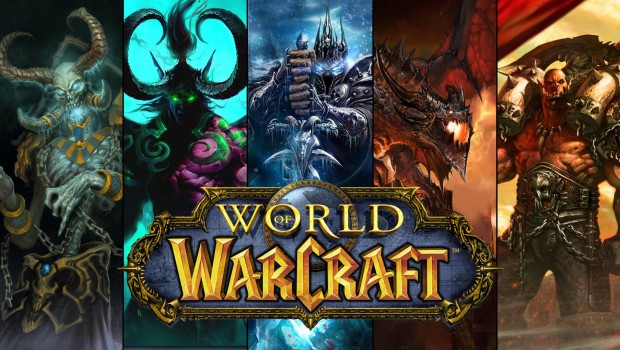 SYDNEY, Australia—September 9, 2016—With Azeroth on the brink of destruction, heroes from around the world were summoned to drive back the Burning Legion’s armies last week with the launch of World of Warcraft®: Legion™, the sixth expansion to Blizzard Entertainment’s acclaimed massively multiplayer online role-playing game. Today, Blizzard announced that players have forged a truly formidable defensive front—as of the expansion’s first full day of launch on August 30, more than 3.3 million copies of Legion had sold through, matching the all-time record achieved by previous expansions and making it one of the fastest-selling PC games ever.† In addition, World of Warcraft’s launch-week player concurrency climbed to its highest point since the 2010 launch of the Cataclysm® expansion, as champions from around the world united to strike a mighty first blow against the fel invaders. But the battle has only just begun.

“It’s been a thrill to see players hunting demons, powering up Artifacts, and freely exploring all the new zones in Legion,” said Mike Morhaime, CEO and cofounder of Blizzard Entertainment. “We worked hard to make this the best World of Warcraft expansion yet, and we look forward to providing players with even more content as Legion‘s epic story unfolds in the months ahead.”

While players are currently entrenched against the first wave of demonic invaders, Legion’s next exciting chapter is already in the works. Last weekend at PAX West, Blizzard unveiled new details on the expansion’s upcoming first major content update, Patch 7.1: Return to Karazhan, featuring a reimagined version of one of World of Warcraft’s most popular raids. Players will explore a sprawling five-player Mythic dungeon, facing familiar foes from Karazhan’s past—and encountering plenty of surprises and twists along the way. The update also features a new set of quests unfolding over multiple weeks in the fallen night elf city of Suramar, as well as a brand-new raid: the Trial of Valor, which sends players deep into the vrykul underworld of Helheim.

On Wednesday, Blizzard released the free WoW Legion Companion app, a new way for players to stay connected to their adventures on the Broken Isles, even from outside of Azeroth. With the app, players can manage their Order Hall missions and track World Quest availability, making it easy to plan out their adventures from afar. Available free now on iOS and Android™ mobile devices, the WoW Legion Companion App can help heroes keep the Burning Legion’s fel fire at bay even while on the go.

About World of Warcraft: Legion

In World of Warcraft: Legion, Azeroth’s defenders must embark on a dire quest to unlock the mythic secrets of the Broken Isles, master Artifact weapons of legendary might, and rally like-minded champions to their cause in their Order Halls. In this desperate hour, they must also strike a forbidden pact with the outcast Demon Hunters of the Illidari, fel-twisted disciples of the dreaded Illidan the Betrayer. Should the heroes of Azeroth fail . . . kingdoms will burn.

World of Warcraft: Legion is available in a Standard Edition (physical and digital versions available; $69.95 AUD) as well as a Digital Deluxe Edition ($94.95 AUD), which contains a hoard of in-game bonuses for a variety of Blizzard games: an Illidari Felstalker mount and pet for World of Warcraft, a Felstalker mount for Heroes of the Storm®, a helm transmog and wings for Diablo® III, and a pair of fel-infused StarCraft® II portraits.

World of Warcraft: Legion is now live in the Americas, Europe, Australia, New Zealand, Southeast Asia, China, Korea, and the regions of Taiwan, Hong Kong, and Macau. For more information on the expansion, visit www.wowlegion.com.