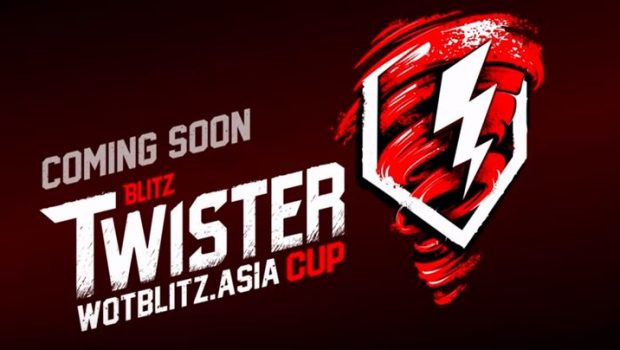 September 20, 2016 — At this year’s Tokyo Game Show, World of Tanks Blitz rolled out the big guns. Among the announcements was Blitz Twister Cup and the reveal of the Okawara tank, which will be the first in a series of vehicles designed in cooperation with famous artists from across the globe as part of the Artist Signature Label.

With Blitz Twister Cup, World of Tanks Blitz is firmly stepping into the competitive gaming arena. This will be the first global eSports tournament, reserved for Clan players. If you have been waiting for an opportunity to really test your teamwork and tank skills, this is it. After the online preliminary matches, a winner from each region will be determined. The four best teams will clash in the ultimate championship battle, in a special offline event. Registration for the tournament will begin soon, so be sure to keep an eye on the official portal. There’s still time to join a clan and sign up for Blitz Twister Cup.

“We can’t wait for Blitz Twister Cup to kick off,” said Andrey Ryabovol, World of Tanks Blitz Publishing Product Director. “World of Tanks Blitz is always growing, and the most skilled players out there have been crying out for a bigger challenge. This tournament will definitely show the kind of potential the game has in eSports.”

World of Tanks Blitz is known for its awesome collaborations and unique, sometimes pretty quirky, vehicles. Now, with the World of Tanks Blitz Artist Signature Label, we’ll be teaming up with famed artists from across the globe to create exclusive tanks. The first off the production line is the O-47 project, a unique vehicle designed by iconic mecha artist Kunio Okawara, famous for his work on the Gundam and Brave Series franchises.

“Creating an original tank design for World of Tanks Blitz was a unique and fascinating opportunity,” said Kunio Okawara. “The game has a lot of fans in Asia and has collaborated with some fantastic anime already. I can’t wait for the players to see it and get to play the tank myself. I hope everyone enjoys this special collaboration.”

For more information about World of Tanks Blitz: